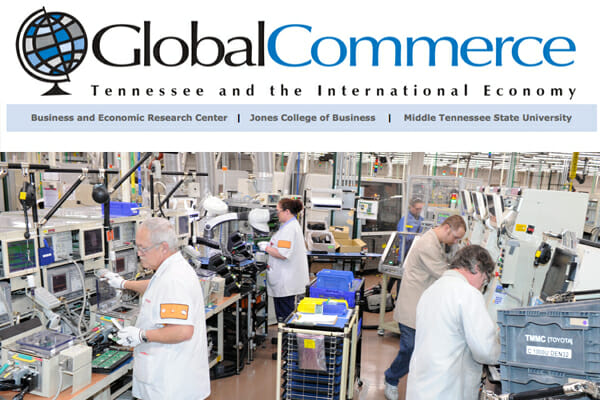 This investment by 19 foreign-owned firms created almost 3,400 new jobs, and the amount of new investment was the highest over the past 10 years, said professor Steven Livingston, associate BERC director.

• The largest single investment was by Denso, a Japanese company with a facility in Maryville, Tennessee. Japan in fact continued to be the single largest source of this investment.
• Meanwhile, Philips, a global health technology business based in the Netherlands, provided the largest investment of employment by creating 800 jobs in Nashville.

In recent years, Tennessee has been one of the most successful states in attracting foreign investment, and this trend continued in 2017, Livingston noted. Of the 19 foreign-owned firm investments, seven were new operations while 12 were expansions by existing operations.

To read the full report, go to http://capone.mtsu.edu/berc/globalcommerce.html and click on the link for “2017 Foreign Investment in Tennessee.”

BERC is part of the MTSU Jennings A. Jones College of Business. For more information about the Global Commerce report, contact Livingston at 615-898-2720 or email steven.livingston@mtsu.edu.