Butter-making and more at MTSU..

MTSU closes May 27 for Memoria.. 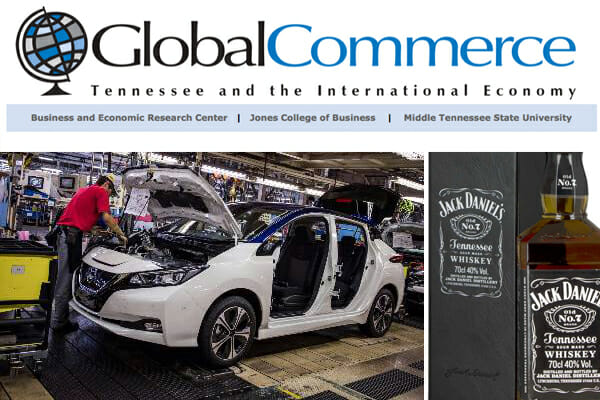 Tennessee’s exports dropped by almost $500 million in “a poor fourth quarter” of 2018, according to the latest “Global Commerce” trade report from MTSU’s Business and Economic Research Center.

“2018 ended on a down note for Tennessee exporters … in one of the worst quarters in recent memory,” said Global Commerce author Steven Livingston, BERC associate director and a professor of political science and international relations at MTSU.

The value of state exports fell by more than 5 percent during the fourth quarter. Tennessee far underperformed the nation (total American exports were up by 3.4 percent for the quarter) and total exports dropped just below $8 billion.

Tennessee ranked 38th among all American states in its quarterly export performance, the report says. Geographically, the state’s losses were largest in Canada and Latin America.

“The losses were widespread,” added Livingston, noting that shipments fell to six of the state’s top 10 markets, and across a number of industries, including automobiles and computers.

“The state also felt the effects of the retaliatory tariffs placed on American exports, with targeted products such as whiskey down sharply to Europe and China. A few industries, such as aluminum plating and precious metal scrap, did forge ahead,” he said.

“But overall, the headwinds were too strong. A strong dollar, weak global growth, a trade war, and adverse supply chain changes all proved too much,” he continued. “We are not optimistic that these obstacles will abate as 2019 proceeds.”

To read the full report and more detailed summaries, go to https://mtsu.edu/globalcommerce/4q2018.php.