Those attending learned about risks and symptoms of heart disease in women and men, too. Heart disease affects millions of Americans each year. Heart disease and stroke kill 1 in 3 women, but it is nearly 80 percent preventable. 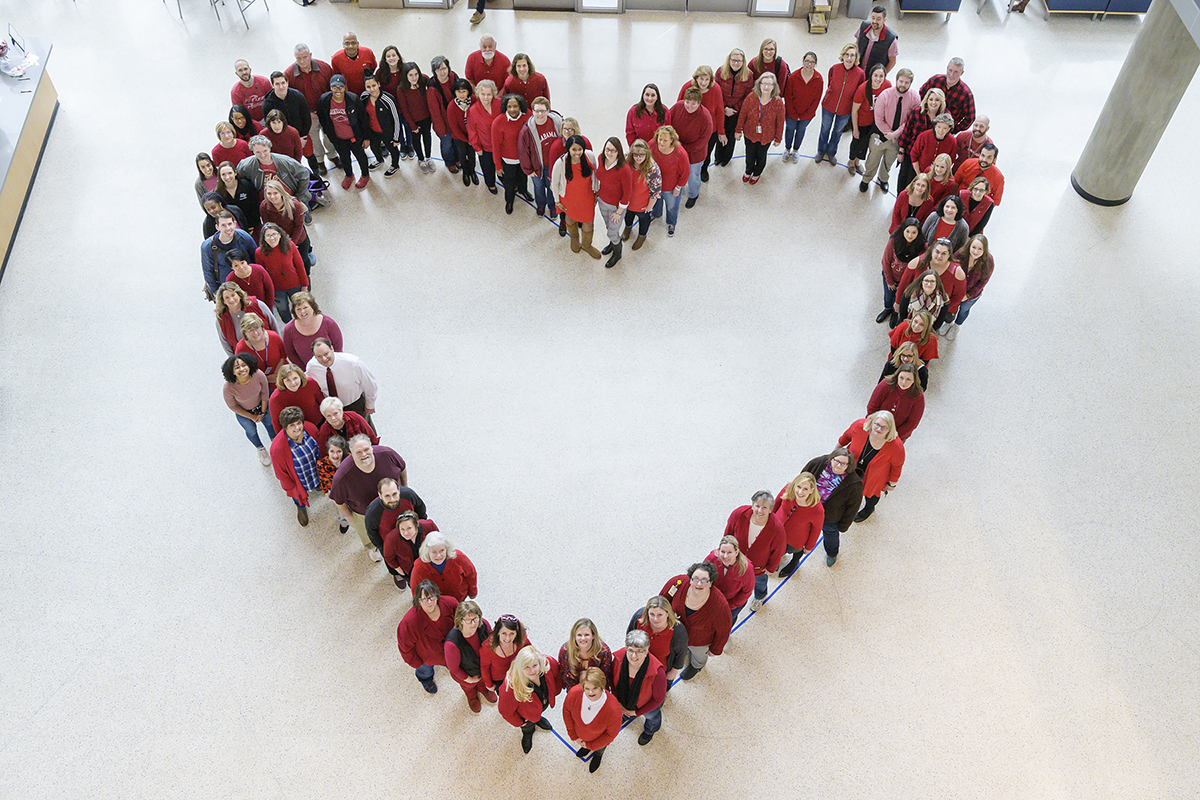 With nearly everyone wearing red on “Wear Red Day,” MTSU employees form large heart in the Science Building’s Liz and Creighton Rhea Atrium Feb. 1 as they learned about risks and symptoms of heart disease in women and men. (MTSU photo by Andy Heidt)

Two MTSU-related individual stories — how they have dealt with heart-associated health issues — were shared. They included:

Hardin told the crowd gathered Friday that her decision to skip a church service one night to go to the hospital “because I knew something just wasn’t right … is probably what saved my life.”

“You’re the one that knows your body the best,” she said, “and if you have alarm bells going off in your head that’s saying something’s not right, by all means go get yourself checked out.”

Ilene Hale fainted at CUSTOMS orientation in late July 2001. Gina Poff, who was a high school lifeguard and Hale’s boss then and now, revived her. But the rare health issue meant a hospital stay and the first of the half-dozen ablations (a mapping of the heart to find the arrhythmias) through the years.

In 2010, Hale passed out at home. Her then-husband, Monte, was outside, about to take daughter Hannah to a friend’s house before going to play golf on the Memorial Day weekend.

Their Yorkie, Kirby, began barking inside their home, and he kept barking. “Monte was curious as to why the dog was barking,” she said. “It was like the dog told him to come back in and check on me.” Monte Hale came back in and revived Ilene.

She was transported to St. Thomas Rutherford, experiencing a week’s stay before they sent her to St. Thomas in Nashville for another four days of hospitalization under the care of Dr. James Baker.

Since 2001, Baker has sent Hale to various specialists, including the Mayo Clinic, and Dr. George Kay in Birmingham.

Through this, Hale has learned her condition is genetic and oldest daughter Kayla also has arrhythmia, too.

“I’m just blessed to be here,” Hale said. “I’ve got to thank Dr. Baker If I have a question or concern, he will send me to the best-known specialist in the field.” 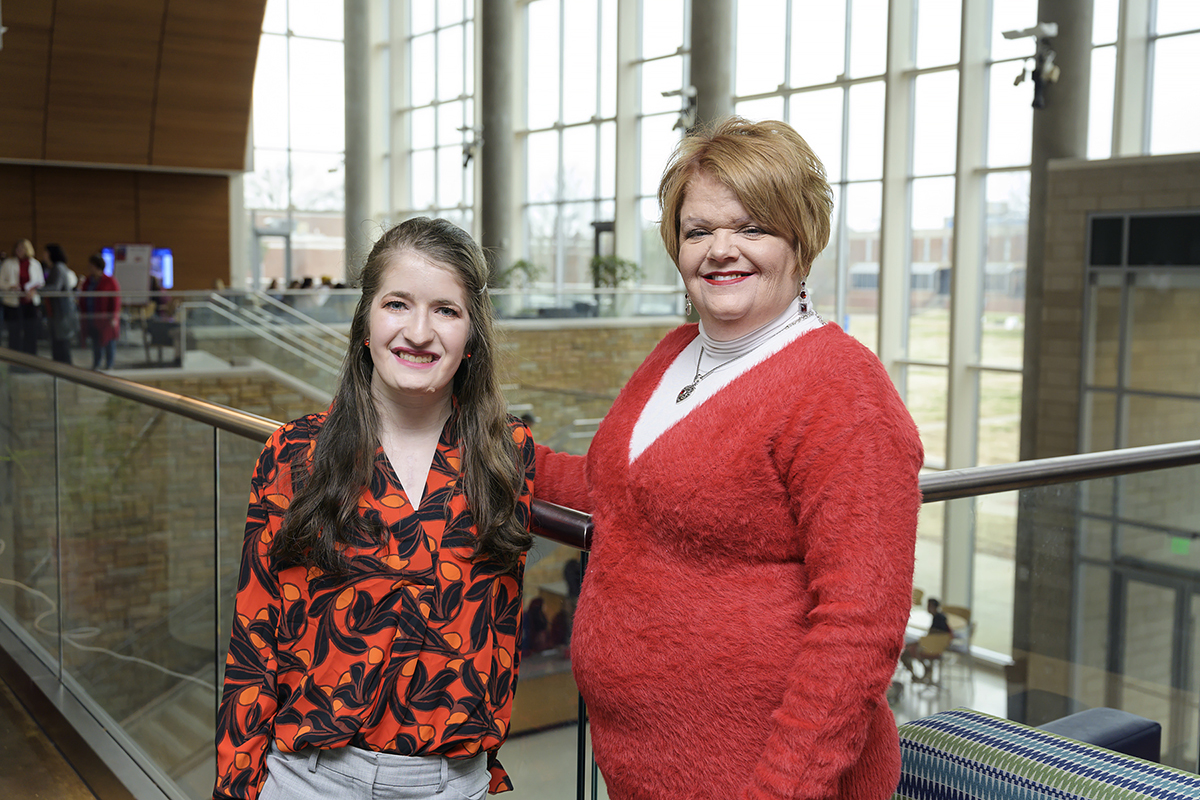 Emily Hardin loves to dance (her MTSU minor). Her favorites — modern, contemporary and ballet — were much harder when her 95-pound body would tire easily because of her heart condition. She needed a transplant.

Hardin finally received the call that a heart had been found for her during her junior year at MTSU. She weighed 75 pounds at the time. “I was ungodly skinny,” she said. The heart came from a man in his 20s who had been in jail.

“Evidently, I was very determined,” Hardin, 22, said, discussing how she did her MTSU homework while in the intensive care unit. My cardiologist thought I was insane (for doing the homework). I have had a great support team — my pastors in Murfreesboro and Knoxville and my family.” She even wrote a five-page paper about her heart transplant team.

“What I’ve gone through has made me stronger,” she added. “I have met a lot of people who’ve helped guide me.”

The process has led her to want to become a transplant social worker. Hardin’s faith leads her to believe a door will open for her to find work in that field.