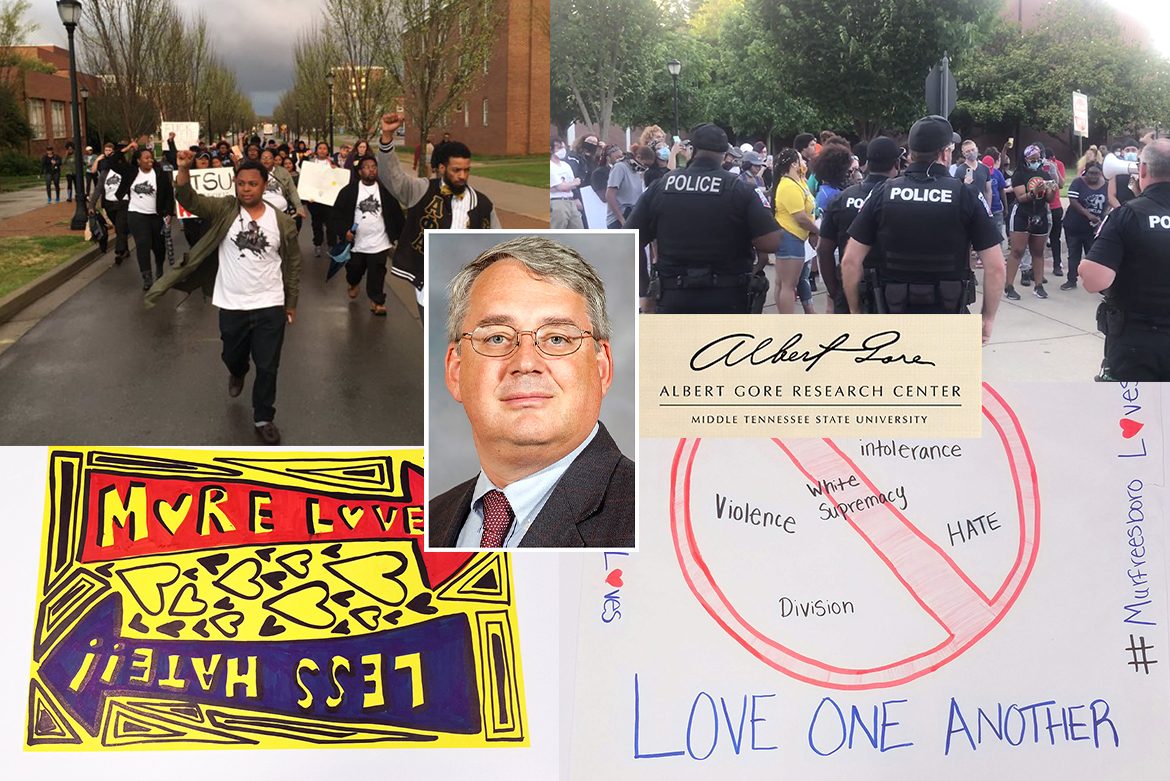 As history happens before our eyes in demonstrations across the country and in local communities, MTSU’s Albert Gore Research Center is reaching out to obtain fragments of this history for preservation.

The historical repository of numerous collections of physical and digital documents, audio, video, photos, placards and memorabilia is asking the public for donations of similar artifacts used in recent Black Lives Matter protests against police brutality and Confederate names and monuments. 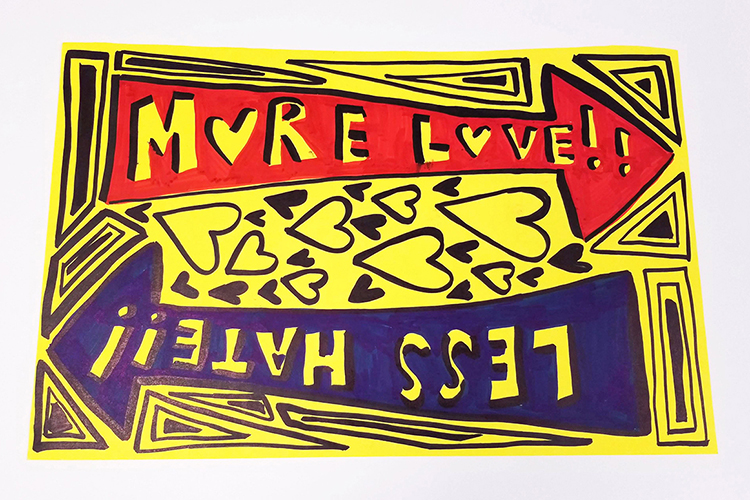 This sign, which reads “More Love, Less Hate,” was donated by Abby Reish. It was used in the Murfreesboro Loves counterprotests to white nationalist demonstrations in 2017. (Submitted by Albert Gore Research Center)

“This is an active, ongoing example of constitutionally protected free speech, of freedom of assembly, of citizens gathering together to make their positions known on these important issues,” said Louis Kyriakoudes, Ph.D., director of the Gore Center and a history professor.

Kyriakoudes said, while the Gore Center will not act as an advocate on any of the issues at hand, it does wish to preserve artifacts for posterity.

“We are interested in what some people call ‘memory work,’” Kyriakoudes said. “We want to keep these (artifacts) so that they can be available for future scholars and students and people in the community.

“They are a part of our common history here in Middle Tennessee and, more specifically, in Rutherford County and Murfreesboro.”

With Donna Baker, university archivist, and Sarah Calise, archivist of political and regional collections, Kyriakoudes maintains numerous collections. These include not only the official papers of former U.S. Sen. Albert Gore, but also state legislators’ papers and seven collections of Congressional papers.

Other collections are from the 2017 Murfreesboro Loves counterprotests against white supremacist activities in Shelbyville and Murfreesboro and the civil rights movement for the LGBTQ community on campus and beyond. 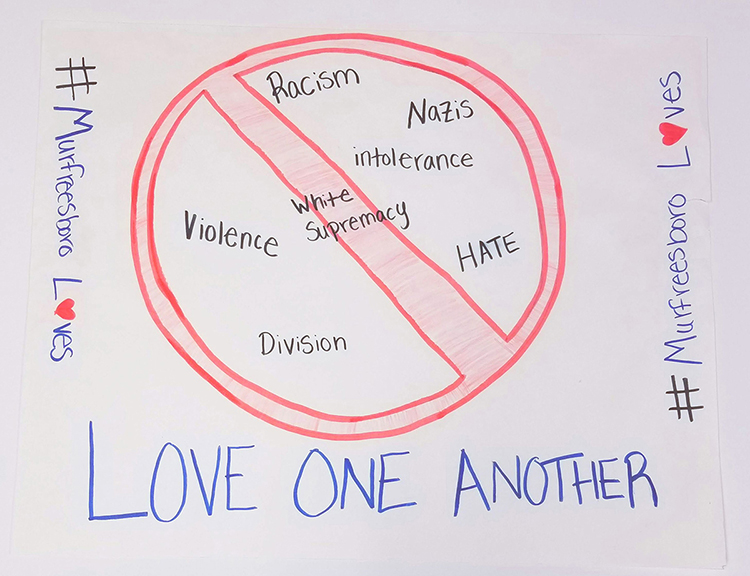 Another sign used in the 2017 Murfreesboro Loves counterdemonstrations depicts a slash over all the things this protestor wants to eradicate. It was donated by Susie Shipley. (Submitted by Albert Gore Research Center)

“Most of our oral histories document Rutherford County, soldiers who fought in World War II and later wars,” Kyriakoudes said. “I’ve begun an African American history project interviewing people who were involved in the desegregation of the Murfreesboro public schools in the 1960s.”

The university’s own history is an important part of the Gore Center’s mission. The Forrest Hall Protest Collection, an online archive, documents the use of Confederate names and symbols on campus and attempts to eradicate them both decades ago and more recently.

Forrest Hall, otherwise known as the ROTC building, was named for Confederate general Nathan Bedford Forrest. Following task force meetings in 2018 to allow for the airing of various opinions, the university asked the Tennessee Historical Commission for permission to change the name of the building. The commission denied the request.

Due to the social distancing and telecommuting in force in reaction to the COVID-19 pandemic, trips to campus for donating artifacts are not advised. For more information or to make arrangements for a donation, contact Kyriakoudes at louis.kyriakoudes@mtsu.edu. 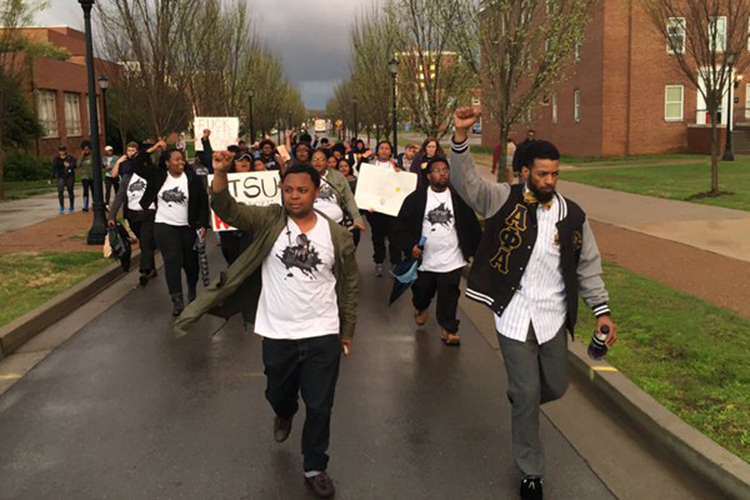 Student protesters march to the executive residence of MTSU President Sidney A. McPhee on March 24, 2016. They demonstrated in favor of taking Confederate general Nathan Bedford Forrest’s name off the ROTC building on campus. (Photo by Lauren Frederick and submitted by Albert Gore Research Center)