Middle Tennessee is not the first place many think of when it comes to marine biology. MTSU research assistant professor Cole Easson, however, has introduced hands-on ocean exploration and study opportunities to the Blue Raider campus.

“I would say my plan was to bring my love of sponges and marine biology with me to MTSU and help provide opportunities to do marine science to students in landlocked Tennessee,” Easson said of his arrival in 2018.

Originally from Mississippi, he first became interested in marine sponges — aquatic, filter-feeding invertebrate animals — in graduate school at the University of Mississippi.

“Sponges are important components of coral reefs and are less studied than corals,” Easson explained. “They are also the oldest lineage of multicellular animals, which means they are the ultimate survivors throughout earth’s history…. The more we learn about them, the more fascinating they become to me.”

Easson landed a $272,000 National Science Foundation grant for one of his sponge research projects in January 2019, which extends for three years. He has also received a second NSF grant for his sponge research along with two others from the Stones River Watershed and internally from MTSU for his work. 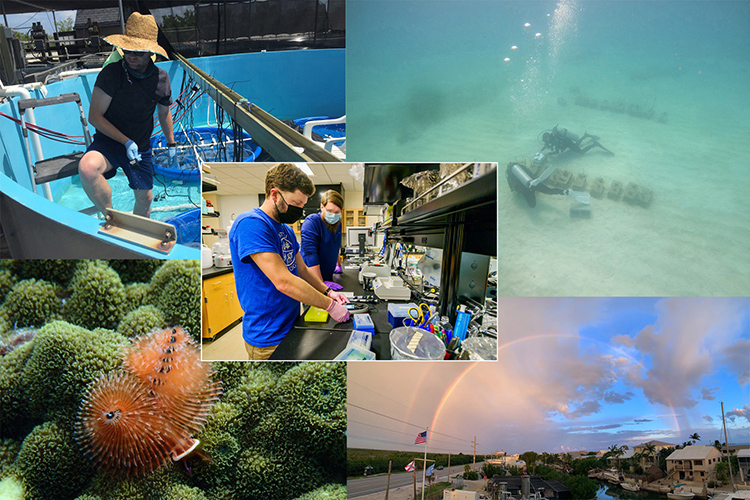 With this project, Easson seeks to understand how sponges and the bacteria that populate their tissue contribute to the overall nutrient cycle of coral reefs through two different experiments conducted in the Florida Keys.

The first analyzes nutrition input and output from sponges Easson and his team placed on a temporary, artificial reef off the Florida coast.

“(It) will help us understand these ecosystems better and hopefully how better to protect and restore them,” Easson said.

With the grant funds, Easson has also been able to take multiple students along with him on research trips. Two MTSU students accompanied Easson on his most recent research excursion to the Keys in July and August 2021.

His next field excursion is slotted for January 2022. 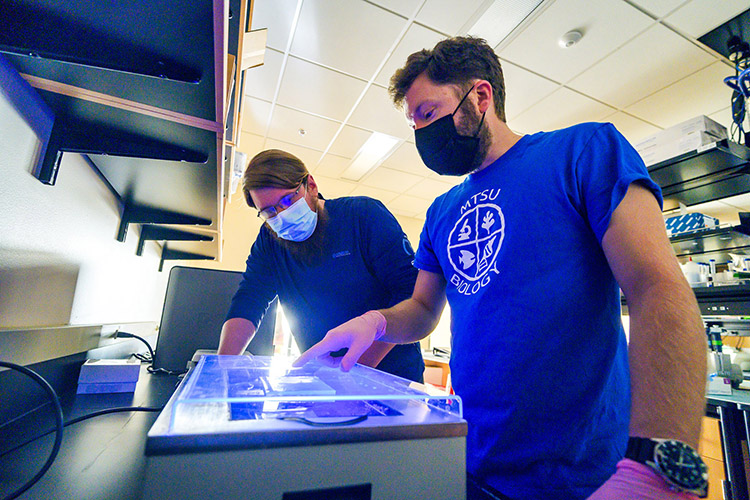 Jeremy Smith, graduate biology student, chose MTSU’s graduate school specifically to work with Easson. Before meeting the professor, Smith did not think being a marine biologist in Tennessee was possible.

“In one of our very first meetings, I asked Dr. Easson how I could be a marine biologist nowhere near the ocean,” Smith said. “He replied along the lines of ‘It doesn’t matter if you live near the coast or not. Marine biology will require travel regardless.’

“That concept changed everything for me. I decided I had to attend MTSU for graduate school, so I could pursue research under the guidance of Dr. Easson in the field that I’ve always dreamt of.”

Smith is now a graduate research assistant on Easson’s team and has earned extensive, hands-on experience through his project work.

“I completed necessary lab work prior to our first excursion,” Smith said. “I traveled to the Keys in April for the initial artificial reef set up and again in July to August to collect samples and data from our experiments. I will also complete lab work from the data we collected now that we are back in Tennessee.”

He even developed and created equipment using his personal 3D printer to make the collection of sponge nutrition inputs and outputs from their artificial reef easier and more stable.

“Being part of this research at MTSU is a dream come true,” Smith said. “What university in Tennessee can say it has professors that produce high-impact marine biology research?”

Both Easson and Smith advised students to get involved in research by reading professors’ research papers. It is as easy as searching a name on Google Scholar.

“It doesn’t matter if you don’t understand every aspect of the research,” Smith said. “Ask professors genuine questions. They will be more than happy to talk to you, which opens the door for future opportunities.”

Students and faculty can also use the many research resources offered by the university’s Office of Research and Sponsored Programs through the office’s website. 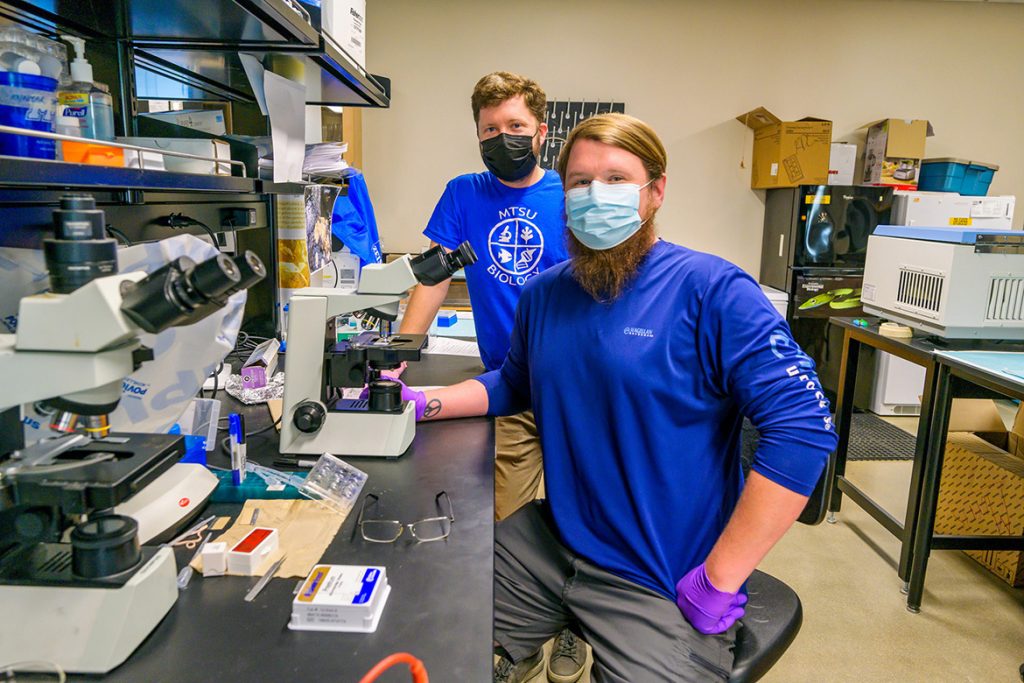