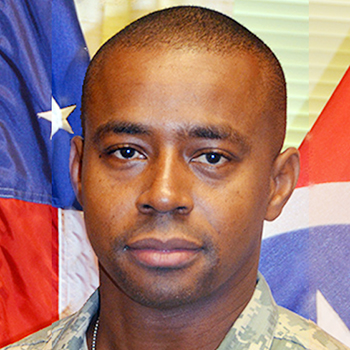 Lt. Col. Jackie McDowell has been an active-duty U.S. Army Green Beret for more than a decade and was deployed five times between Iraq and Afghanistan.

On Aug. 18, he accepted  a new challenge: professor and leader of the MTSU Department of Military Science and its ROTC program.

As McDowell entered his new Army assignment at MTSU, he and his staff received an added boost for training cadets.

A six-station obstacle course, built by the Tennessee Army National Guard’s 212th Engineering Company out of Paris and Camden, Tennessee, with support from ROTC alumni, now stands proudly on the east side of the MTSU campus adjacent to the rappelling tower.

The cadet corps, now numbering nearly 30, will receive an additional 30 to 40 new members this week, depending on:

McDowell replaces Lt. Col. Joel Miller, who is taking a new position as a professor of history at the U.S. Military Academy in West Point, New York, this fall.

Military science is one of 11 departments in the College of Basic and Applied Sciences.