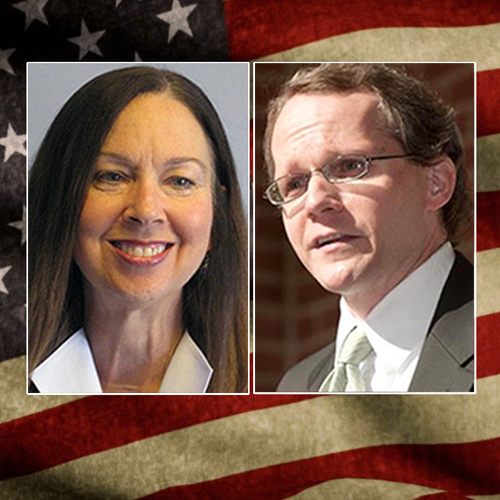 MTSU’s Graduate Student Association invites the campus community to its final lecture to educate voters before the Nov. 8 election.

The purpose of “Prep Your Vote: Election Education Series” is to persuade voters to refocus their votes “around the issues and implications of this unpopular, yet most influential presidential election” between Democrat Hillary Clinton and Republican Donald Trump.

Dr. Mary Evins, history professor and director of the American Democracy Project at MTSU, will give a lecture from 6 to 7 p.m. Friday, Nov. 4, in the Parliamentary Room on the second floor of the Student Union. Her lecture is titled “Expanding the Vote — and Steps Backward: Forming a More Perfect Union Requires that We Vote.”

Evins will discuss voting as a call to civic action, the implications of Supreme Court appointments and “rigged elections.”

The first lecture was held Oct. 27 in the Student Union. Featured speaker Dr. Robb McDaniel, political science professor, gave a lecture titled “Get This Party Started: What the 2016 Election Reveals about Democrats, Republicans and the Changing American Electorate.”

McDaniel explored how the 2016 election reflects “a depending polarization of the major parties and the difficulty that the Republican coalition (older, whiter) has had in competing against the Obama coalition (younger, browner) in national elections. Politics is a ‘long game’ and elections are less personal than they are institutional.”

The GSA is reminding citizens that early voting is open until Thursday, Nov. 3, in Tennessee for those wanting to avoid potential long lines on Election Day Nov. 8.

For more information about early voting locations, go to http://election.rutherfordcountytn.gov/early-voting.html.