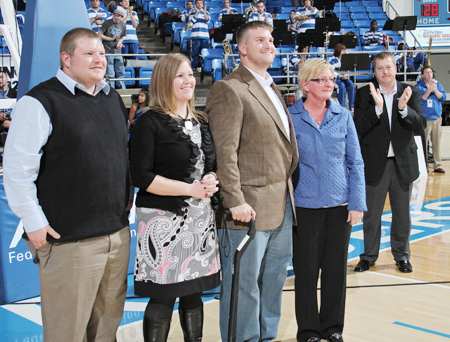 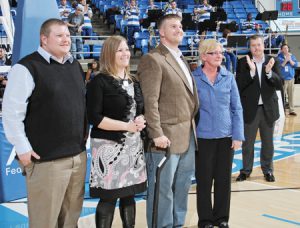 The family of the late Jeff Hendrix, a longtime supporter of MTSU athletics, poses for a photo after the announcement of a $1 million gift to the University’s athletic department Dec. 11. From left are his children Timi, Emily and Bennie Hendrix and his widow Kay Hendrix, joined by Alan Farley, MTSU’s associate athletic director for fundraising, at halftime of the women’s basketball game between Middle Tennessee and Georgia Tech. (MTSU photo by Bradley Lambert)