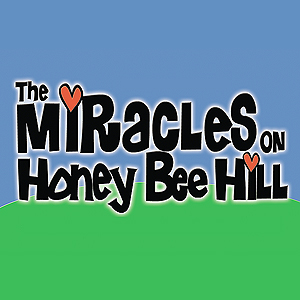 “The Miracles on Honey Bee Hill,” the latest independent film from Dr. Bob Pondillo and a crew of MTSU students and alumni, played to a full house at its red-carpet premiere May 8 at Nashville’s Belcourt Theatre.

Nikki DeCroce of NDTV interviews MTSU's Dr. Bob Pondillo outside the Belcourt Theatre in Nashville May 8 before the premiere of "The Miracles on Honey Bee Hill." (MTSU photos by News and Media Relations)

The 23-minute film, which has been two years in the making, won the “Best Achievement-Short Screenplay” award at the 2010 SoCal Film Festival in Huntington Beach, Cal. The finished product now will be entered in film festivals across the country.

Pondillo’s earlier independent films, which also included students and alumni in the crew, have garnered awards at film festivals around the world. “My Name is Wallace” and “Wait …” were screened at the Cannes Film Festival in France.

An emotional Pondillo thanked the MTSU students, alumni and faculty who worked on “Miracles,” including recording-industry professors Dr. Bob Wood, who composed the score, and Cosette Collier, who engineered the film’s song, “My Special Someone.”

Part of the proceeds from the premiere will go to the Bob and Edie Pondillo Student Film Fund. While MTSU does not offer a film major or minor, members of the MTSU Film Guild, a student organization, are motivated by Pondillo’s work to learn about making motion pictures.

Also, part of the proceeds will go to the Tennessee Equality Project. Intermittently during the night, Brandon Hutchison of the TEP Board of Directors used his iPhone to check the results of the North Carolina election on a constitutional amendment to outlaw same-sex marriage. The measure passed with 61 percent of the vote.

With a mostly juvenile cast, “Miracles” tells the story of Millie, a girl who is beloved by everyone in her church until she introduces the congregation to her soulmate, a girl named Ed.

Lawrence is best known as the evil puppetmaster in 13 episodes of the NBC series “Heroes.” His other television credits include “CSI: Crime Scene Investigation,” “Lost,” “The Unit” and “The Finder.”

Before the screening, Lawrence addressed the film’s theme of tolerance.

“It would be very difficult for any of you to have escaped unscathed without ancestors who suffered discrimination,” he said, “ and this is the discrimination issue of our time.”

The dynamic colors and fairy-tale motif of the film provide context for what Pondillo calls a message of “tolerance, acceptance and love.”

“We like the message,” says Lucy’s mother, Lori Turner. “We have some very close family friends in the gay community, and Lucy has known them all her life. So it’s more strange to her that there’s a controversy at all.”

A March screening of the film for MTLambda, a student organization for lesbian, gay, bisexual and transgender students at MTSU and their straight supporters, prompted criticism in some quarters. University administrators defended Pondillo’s right to make the movie under the First Amendment and principles of academic freedom.

To learn more about the movie, visit http://miraclesonhoneybeehill.com or click on the movie’s title card at left.