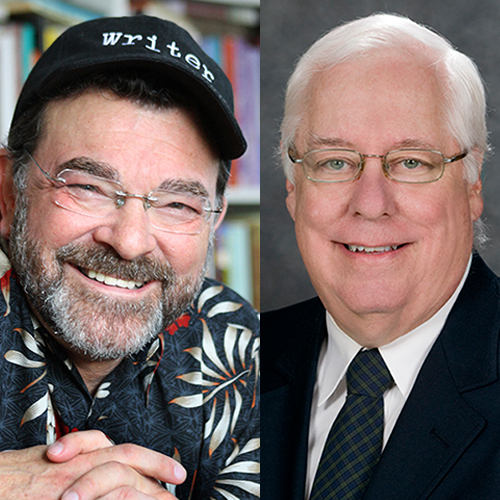 The University Honors College at MTSU is initiating a new lecture series to offer retiring honors faculty members an opportunity to speak to both the campus community and general public.

Rowe has been an MTSU faculty member since 1981.You can learn more about him and his academic efforts here.

An MTSU faculty member since the fall of 2001, Pondillo’s emphasis is in multimedia journalism. His creative work includes writing and producing short narrative films. You can learn more about Pondillo and his academic pursuits here.

The lectures are free and open to the public. To find parking near the Honors College, a printable campus map can be found at http://tinyurl.com/MTSUParkingMap13-14.

“I’ve been reading about such a series on other campuses and thought that a way to begin ours and keep the number manageable was to focus specifically on members of the honors faculty who were retiring,” Honors College Dean John Vile said, adding he had the full support of Provost Brad Bartel in this endeavor.

“We sent out a notice to all honors faculty about the series, received responses from what I believe to be the only two faculty members in this category, and have set aside time for both of them,” Vile said.

The dean added that both Rowe and Pondillo have reputations as excellent teachers, and both have been deeply involved with the work of the Honors College.