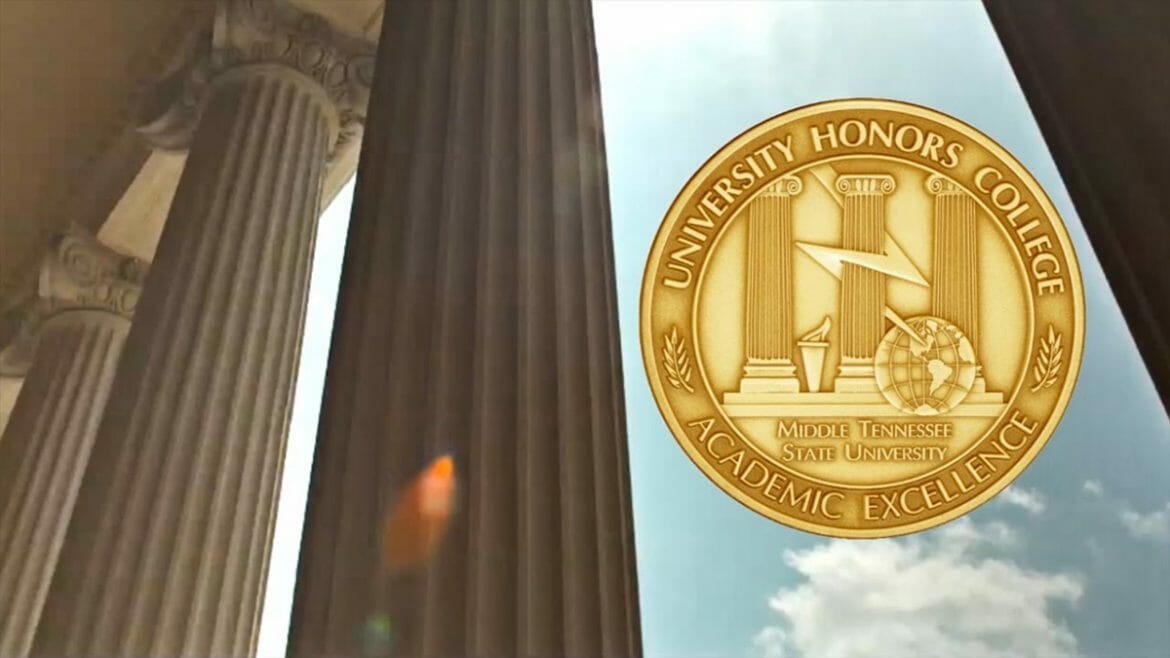 “Letters” is the theme for the spring 2019 Honors Lecture Series at MTSU, when guest speakers will provide primarily historical perspectives on correspondence, though one lecturer will touch on modern “words in the clouds” as society increasingly moves to communicating through digital spaces.

The lectures — held at 3 p.m. every Monday with the exceptions of Feb. 11 and March 4 — are open to the public in Room 106 of the Paul W. Martin Sr. Honors Building.

Dr. Philip Phillips, Honors College associate dean, said he decided on the “Letters” theme after “a chance conversation” in the fall with Kent Syler, an MTSU political science professor and political commentator.

“Kent told me about having his students read constituent correspondence sent to the office of Sen. Albert Gore Sr. during the Civil Rights era,” Phillips said. “This creative activity brought the class back in time to a place that was both familiar and unfamiliar to them by means of a medium, the written letter. that is now ‘old-fashioned.’”

“Both the subject matter and the means of communication made a lasting impression upon his class, and his account of that experience left a similar impression on me.”

Phillips said he recalled writing letters home from boarding school and also wrote postcards to friends and family while on trips abroad.

“I thought that an interdisciplinary series centered upon the letter, or correspondence, would be interesting and stimulating,” he said. “Naturally, I invited Kent to be our keynote speaker; he was the inspiration for the series in the first place.”

Because Phillips wanted this spring 2019 lecture series, just like the fall 2018 event, to enhance academic engagement as an MT Engage class, he selected the Gore Center as an outside-the-classroom experience for Feb. 11.

Professor Douglas Murray from Belmont University’s English department will bring “Jane Austen and the #MeToo Movement” for the March 11 lecture.

MTSU English professor Kate Pantelides goes 21st century with her March 25 “Words in the Clouds: How We Talk to Each Other in Digital Spaces” lecture.

For details on the entire series, visit www.mtsu.edu/honors. 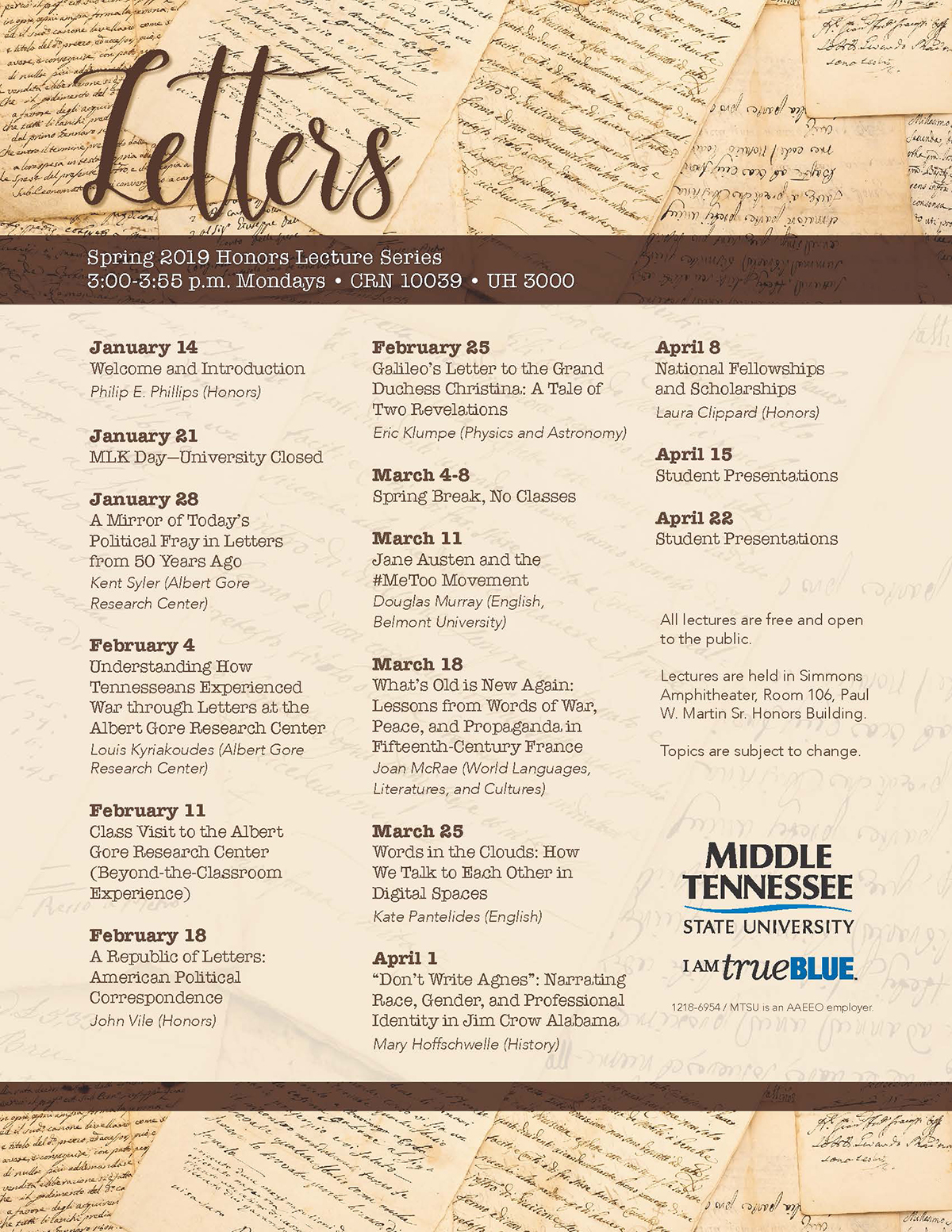