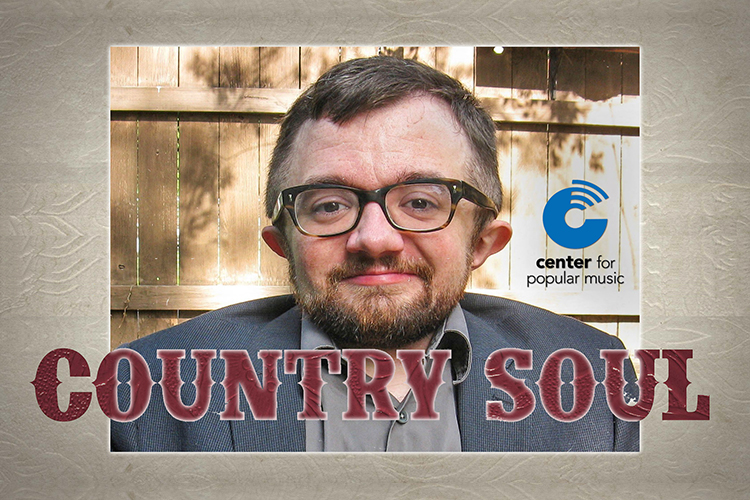 Author and scholar Charles Hughes visited MTSU Oct. 30 to discuss music and race in the South in a special lecture sponsored by the university’s Center for Popular Music.

“Country Soul: Making Music and Making Race in the American South,” a free public event, was held inside the center, located in Room 140 of the Bragg Media and Entertainment Building at MTSU.

Hughes is the director of the Memphis Center at Rhodes College, where he designs courses and programs on the history and culture of the mid-South.

Both Rolling Stone and No Depression magazines named his first book, “Country Soul: Making Music and Making Race in the American South,” one of the best music books of 2015, and Paste Magazine included it in its list of the Best Nonfiction Books of the Year.

Hughes earned his doctorate in U.S. history from the University of Wisconsin-Madison and previously served as the Memphis Center’s Andrew W. Mellon Postdoctoral Fellow.

He’s been a featured lecturer at the Rock & Roll Hall of Fame Library & Archives, among several famous venues, and is working on a new book on the history of African-Americans and professional wrestling in the United States.