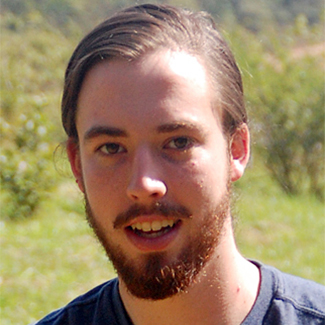 Another MTSU student has received a stipend from the nation’s oldest and most selective collegiate multidisciplinary honor society.

Phi Kappa Phi has awarded a $1,000 study-abroad grant to Samuel Kane Hulsey, a junior majoring in Spanish and global studies. He is one of only 50 students in the country to receive the award.

“I feel extremely humbled to have been selected as a recipient of the Phi Kappa Phi study-abroad grant,” said Hulsey. “This award was integral in making summer study in Brazil financially possible.”

Hulsey, a native of Lebanon, Tennessee, used the money to finance a May 31-July 5 conservation biology and ecology field course at Serra do Mar State Park in Sao Paulo, Brazil.

The park is the largest protected area in Brazil’s Atlantic Forest, one of the most endangered rainforests in the world. It contains 46 percent of all the amphibians, birds, reptiles and mammals in the region as well as the source of water for 1.5 million people.

“During this course, I learned how to properly conduct ecological fieldwork through the development of my own research project in one of the most endangered environments in the world,” Hulsey said.

Hulsey also studied in Cuzco, Peru, this past spring semester. He currently is in Peru again to begin an internship with an environmental nongovernmental organization.

In June, Robert Daniel Murphy, who graduated from MTSU in May with bachelor’s degrees in physics and philosophy, won a $5,000 national fellowship from Phi Kappa Phi. Murphy, a Murfreesboro, Tennessee, resident, will use the money in pursuit of a doctorate degree in physics at the University of Tennessee-Knoxville.

Founded in 1897, Phi Kappa Phi inducts approximately 32,000 students, faculty, staff and alumni each year through chapters at more than 300 select colleges and universities. Membership is by invitation only to the top 10 percent of seniors and graduate students and the top 7.5 percent of juniors.

For more information about Phi Kappa Phi, go to www.phikappaphi.org, or call national headquarters in Baton Rouge, Louisiana, at 800-804-9880.