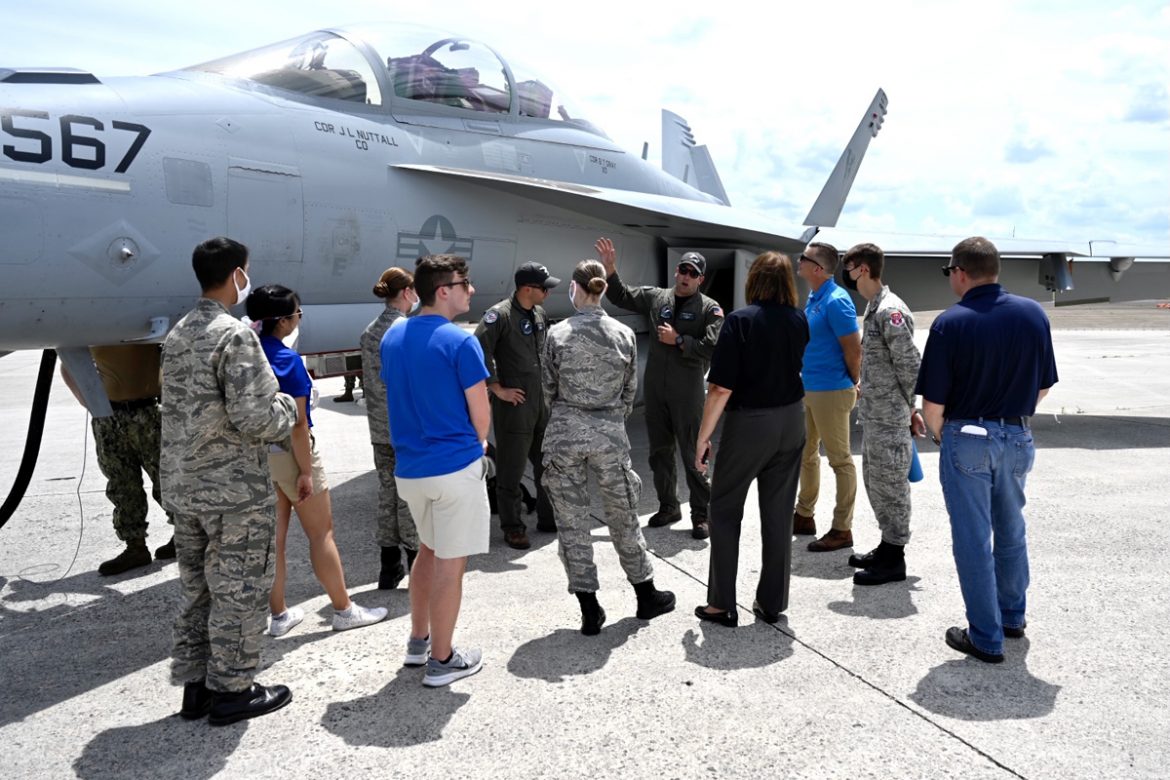 SMYRNA, Tenn. — Middle Tennessee State University Aerospace Department students on Friday got a sneak peek of what’s in store for this weekend’s Great Tennessee Air Show, spending time on the tarmac with aviators and aircraft with the U.S. Navy’s EA-18G Growler Legacy Team. 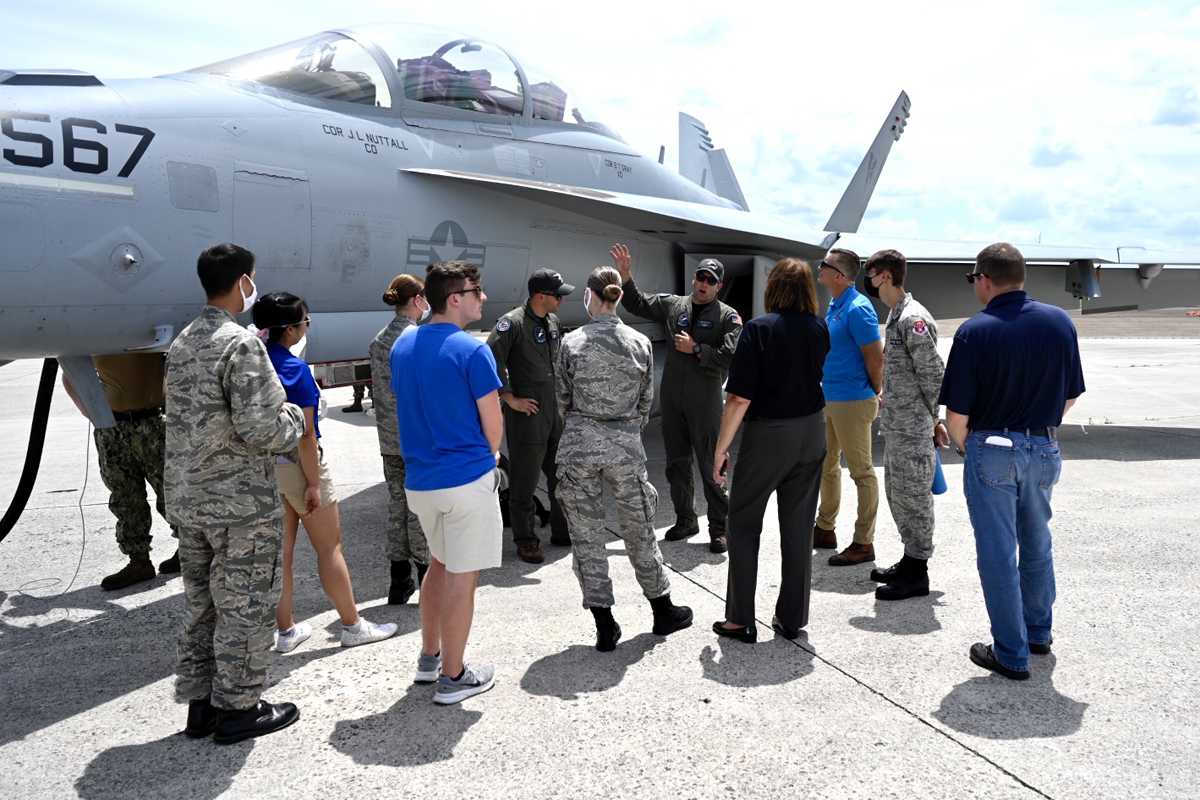 “We are proud to affiliate our world-class MTSU Aerospace program with one of the nation’s premier air shows,” McPhee said. “In addition to shining a spotlight on our flight school, it allows us to have opportunities like today when we can spend time with these amazing aviators.”

Navy-flown EA-18G Growlers, a Navy F-18 Super Hornet and the T-45 Goshawk were just some of the jets soaring across the skies on the warm spring day. Other planes performed aerobatic loops with trails of smoke.

MTSU senior aerospace pro pilot major and flight instructor Nick Phillips of Memphis, Tennessee, found the practice and being well out onto the tarmac “exhilarating … something you don’t normally get to do. 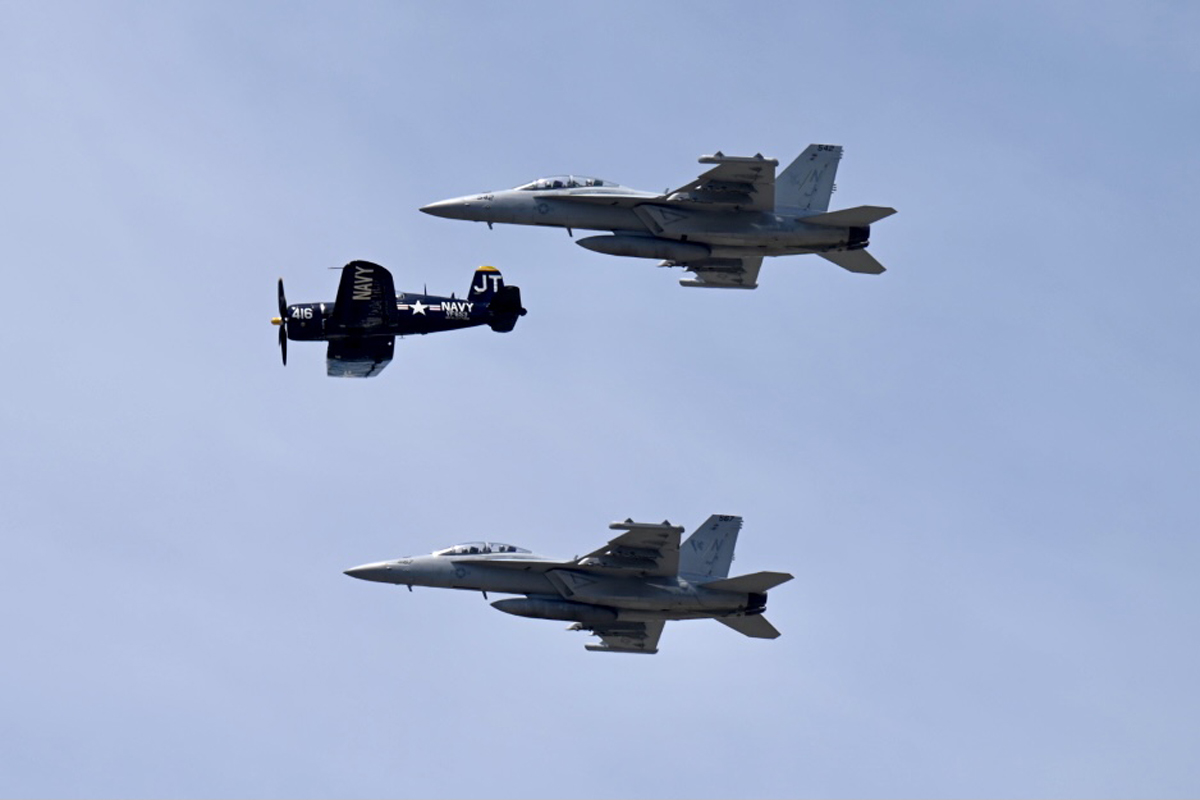 U.S. Navy planes practice a routine on Friday, June 4, in anticipation of the Great Tennessee Air Show in Smyrna, Tenn., Saturday and Sunday, June 5-6. MTSU is a premier sponsor of the EA-18G Growler. (MTSU photo by J. Intintoli)

“It was great to hear about the Navy pilots’ experiences and compare them to my experiences, and see the different aviation routes you can take,” Phillips said.

Among the CAP cadets was incoming MTSU freshman Emerson Garfield, 18, of Murfreesboro. She serves as cadet commander of CAP’s Murfreesboro Composite Squadron and will attend MTSU on an Air Force ROTC scholarship.

Garfield, who recently reached the rank of cadet captain, said viewing the practice “was an amazing experience, to watch. I asked the pilots a lot of questions and they answered all of them.”

Pilots practiced their runs for the main event — the annual two-day show — that will draw thousands of spectators Saturday and Sunday, June 5-6, in a resumption of the Great Tennessee event cancelled in 2020 because of COVID-19. 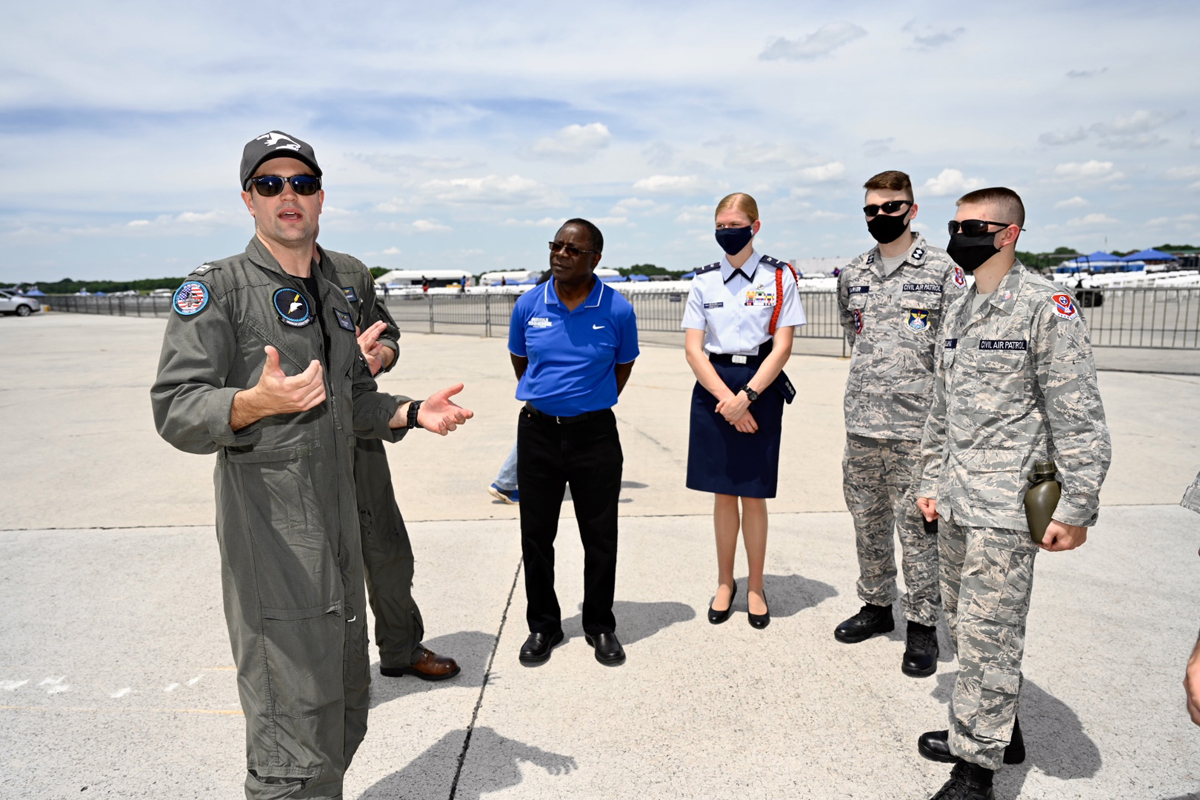 For aerospace associate professor Nate Callender, who represented his department along with a number of flight instructors from its Flight Operations Center at Murfreesboro Airport, the air show experience proves “military aviation is another path for students to consider. They come in thinking ‘airline,’ but this would be another route to pursue.”

McPhee said MTSU’s partnership with the air show also afford an opportunity for the university to include another aerospace partner, Civil Air Patrol, in Friday’s interaction with the Navy flight team.

“Strategic partnerships like we have with the Air Show and Civil Air Patrol are true win-win opportunities for all involved,” he said.

MTSU’s sponsorship of the Navy Growler

MTSU is the presenting sponsor of the Navy Growler Legacy Team. The team,  based at NAS Whidbey Island, Washington, conducts legacy flights, along with a non-aerobatic demonstration, at air shows across the nation.

At air shows, the team’s two Growlers shred the sky while demonstrating the awesome capabilities of the EA-18G before being joined in close formation with a classic Navy aircraft from the Vietnam War era, the North American T-28 Trojan, for a moving three-ship salute to the history and tradition of Naval Aviation. 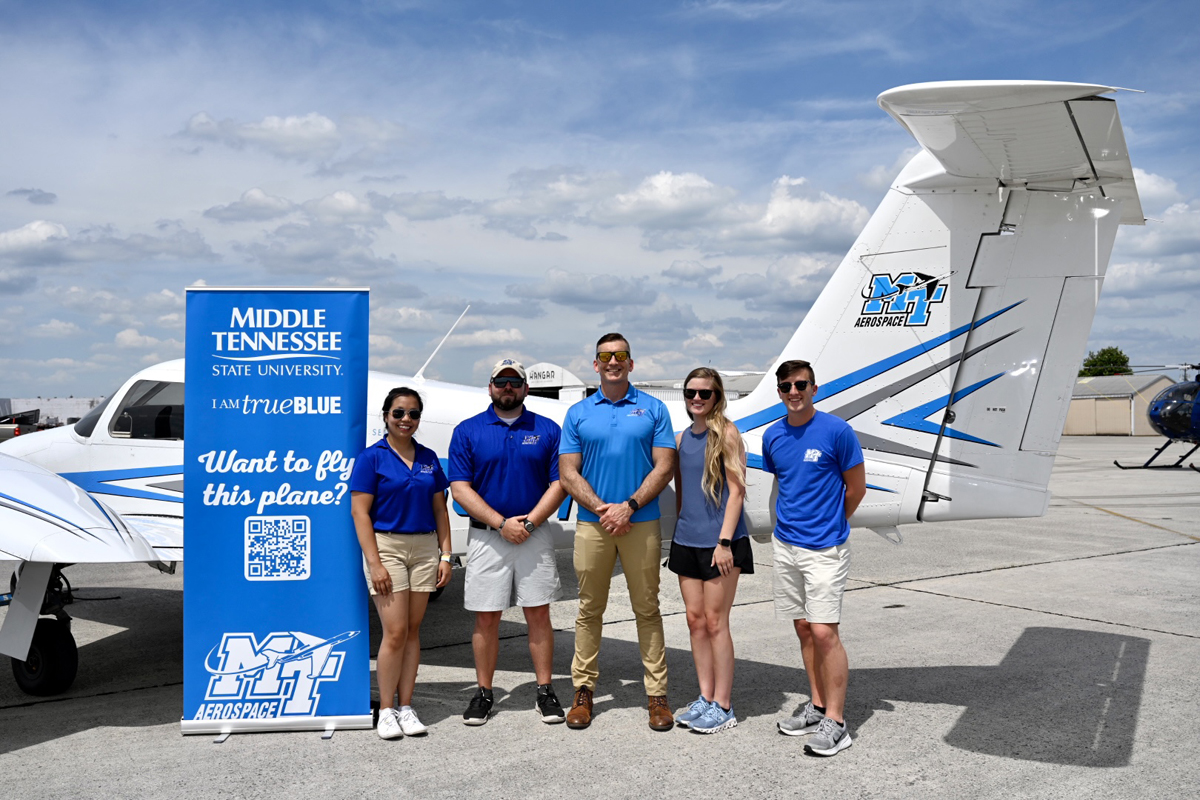