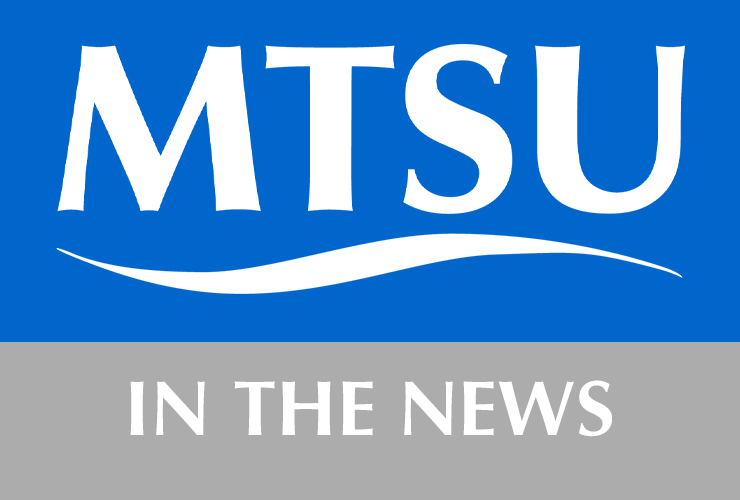 MTSU faculty and staff recently provided the media with their perspectives on various issues, including Tennessee politics, extreme heat, the printing industry, college football conference realignment, the Jan. 6 insurrection and ginseng, among other topics.

Rick Stockstill, head football coach, said he anticipates more movement of college football teams from conference to conference in a July 27 story published in the Morristown (Tennessee) Citizen Tribune. His comments can be read here.

Dr. John Vile, dean of the University Honors College and a political scientist, penned an editorial on the challenges law enforcement personnel face following the U.S. Supreme Court’s decision overturning Roe v. Wade. The column, which was published July 27 by the Daily News Journal of Murfreesboro, Tennessee, can be accessed here.

Vile discussed the possible voter turnout for the Aug. 4 election in an Aug. 4 report on WKRN-TV in Nashville. The video can be seen here.

Ethan Swiggart, a researcher for the International Ginseng Institute, talked about how he searches for ginseng in a July 28 report by WPLN-FM in Nashville. The audio and transcript are available here.

Dr. Adelle Monteblanco, an assistant professor in the Department of Sociology and Anthropology, discussed the impact of extreme heat on pregnancy in a July 29 story at https://www.impakter.com. The report, which originally was published by Yale Climate Connections, can be read here.

Ken Paulson, director of the Free Speech Center, penned an editorial stating that former President Donald Trump’s words on Jan. 6, 2021, might have risen to the level of criminal conduct. The column, which was published Aug. 1 in the New York Daily News, can be accessed here.

Dr. Kevin Downs, a professor of poultry science, and Dr. Samuel Haruna, an assistant professor of plant and soil science, co-authored a research article on the impact of the enzyme phytase on young broiler chickens’ diet. The report, which was published Aug. 1 by the academic journal Animals, is available here.

Keith Vroman, head track and field and cross country coach, discussed his coaching career in an Aug. 3 article in the Ludington (Michigan) Daily News. His comments can be read here.

Dr. Hongbo Zhang, an assistant professor of engineering technology, co-authored a study about the growth of cracks in transparent materials after they are subjected to laser wavelength irradiation. The article, which was published Aug. 3 in the academic journal Applied Sciences, can be accessed here.

Dr. Song Cui, an associate professor of agriculture, co-authored a research paper to determine the impact of genotypes on the degree to which potatoes can resist drought. The article, which was published Aug. 3 in the academic journal Plants, is available here.

Dr. David Nelson, an associate professor of biology, and Dr. Erin McClelland, an expert on animal and human compliance, worked on a video to examine the measurement of capsule diameters in Cryptococcus neoformans, a fungus that can cause disease among the immunocompromised. An abridged version of the video, which was posted to YouTube Aug. 3, can be seen here.

Kent Syler, a professor of political science and international relations, discussed politics on Aug. 3 on WGNS-AM in Murfreesboro. The audio can be heard here.

Syler assessed Tennessee Republicans’ efforts to put parts of Davidson County into three different districts in an Aug. 4 report on KPBS Radio in San Diego, California, courtesy of WPLN News in Nashville. The transcript can be read here.

Syler analyzed the Democratic gubernatorial primary results in Tennessee and looked ahead to the general election in an Aug. 5 report by WSMV-TV in Nashville. The video and transcript can be seen here.

Dr. Sekou Franklin, a professor of political science and international relations, analyzed the impact of redistricting on Nashville’s Black voters in an Aug. 4 report by the Washington Post. The story, which was reprinted at https://www.mrt.com, can be accessed here.

Franklin said a proposed amendment to the Metro Charter in Nashville set the bar for petition-led referendums too high in an Aug. 4 article in The Tennessean. His views can be read here.

Dr. Christine Isley-Farmer, a professor emerita of music, talked about her “Boomer’s Tales” series of children’s books in an Aug. 4 story in the Murfreesboro Pulse. Her comments are available here.

Dr. Thomas Brinthaupt, a professor of psychology, said research shows most people who talk to themselves are not mentally ill in an Aug. 7 report by Future Zone. The article can be accessed here.