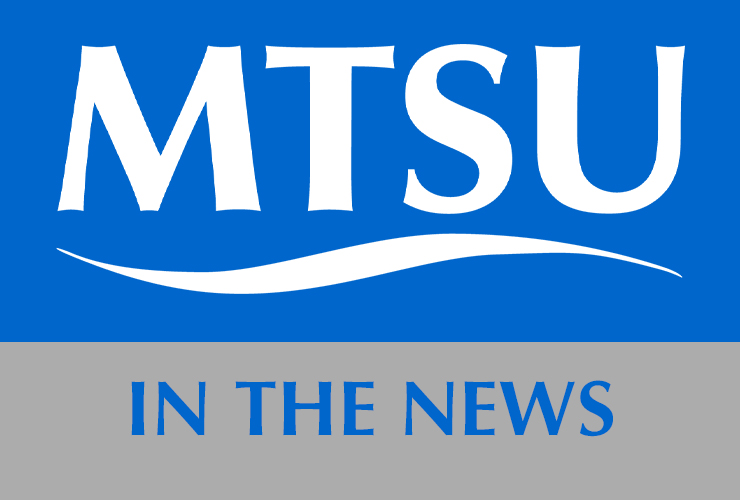 Dr. Sekou Franklin, an associate professor of political science and international relations, explained why he took his daughters to a Black Lives Matter rally for voting rights in Nashville in a June 20 article in The Tennessean. His remarks can be read here.

Dr. Roberta Chevrette, an assistant professor of communication studies, mourned the passing of her mentor, Dr. Daniel Brouwer, associate professor of rhetorical studies at Arizona State University, in a June 21 article at www.patch.com. Her comments can be accessed here.

Dr. Marisa Richmond, an adjunct professor of history, addressed concerns that the transgender community is “hijacking” the movement for LGBTQ+ rights in a June 21 article in The Christian Science Monitor. Her views are available here.

Dr. John Vile, dean of the University Honors College and a political scientist, analyzed President Joe Biden’s meetings with world leaders at the G-7 summit in Europe and with Russian President Vladimir Putin in a June 22 appearance on “Inside Politics” on NewsChannel5+. The video can be accessed here.

Dr. Richard Tarpey, an assistant professor of management, commented on the U.S. Supreme Court’s 7-2 decision upholding the Affordable Care Act in a June 23 on WGN-AM in Chicago, Illinois. The audio is available here.

Dr. Daniel Smith, director of the Political Economy Research Institute, co-signed an editorial objecting to the federal government’s current approach to antitrust policy. The editorial, which was published June 24 at www.rstreet.org, can be read here.

Kent Syler, a professor of political science and international relations, opined that redistricting will result in more political power being centered in Middle Tennessee in a June 24 article in Tennessee Lookout. His views can be accessed here.

Ken Paulson, director of the Free Speech Center, commented on a Nashville prosecutor’s decision to charge a social justice activist apparently seen shoving a traffic cone through an open pickup truck window on video during a demonstration in a June 24 report by WZTV-TV in Nashville. The video and transcript are available here.

Paulson also reviewed the U.S. Supreme Court’s 8-1 ruling in favor of a teenager who posted vulgar comments about her school on social media in a June 25 editorial in the Hendersonville (Tennessee) Standard. His analysis can be read here.

Paulson predicted students and faculty will refuse to comply with a new Florida law requiring public universities to conduct surveys about their political beliefs in a June 26 story in Free News Today. His views can be accessed here.

Paulson penned an editorial praising the Declaration of Independence for the June 29 Watertown (Wisconsin) Daily Times. His comments are available here.

Paulson recommended steps citizens can take to ensure that they continue to have access to public records in a June 29 editorial in the Grant County Herald of Elbow Lake, Minnesota. His views can be read here.

Dr. Charles Baum, a professor of economics, said Tennessee’s withdrawal from federal pandemic relief programs will motivate more people to reenter the work force in a June 28 article in the Murfreesboro (Tennessee) Post. His comments are available here.

Dr. Stephen Morris, a professor of political science and international relations, opined that the dismissal of the secretary of the Ministry of Public Function in Mexico will slow the fight against corruption in a June 28 editorial in La Silla Rota. The English language translation of his writing can be read here.