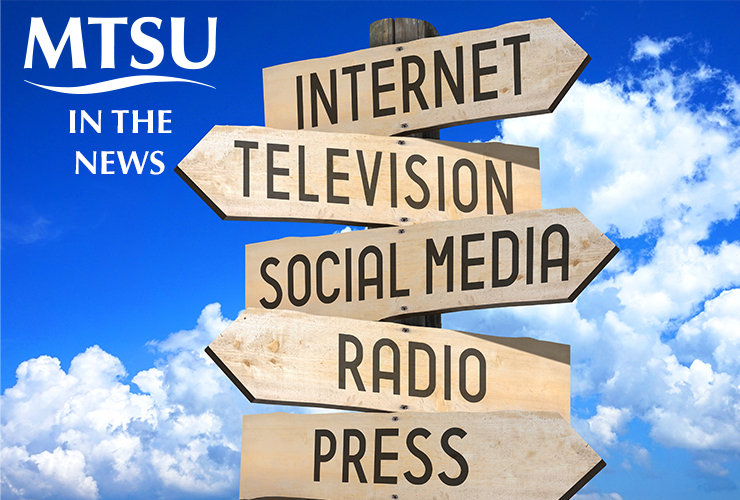 Members of the MTSU community recently shared their expertise with reporters on various matters, including abortion, emotional intelligence, defraying college costs, redistricting and a legendary civil rights activist, among other topics.

• Dr. John Vile, dean of the University Honors College, attended a meeting of the Rotary Club of McMinnville, Tennessee, in the guise of President James Madison, often called “The Father of the Constitution,” to discuss American freedom and independence. His remarks were reported July 2 by the Southern Standard of McMinnville and can be read here.

Vile penned an editorial about the U.S. Supreme Court’s reversal of the 1973 Roe v. Wade decision. The column, which was published July 8 in the Murfreesboro Voice, is available here.

Vile explained what President Joe Biden’s executive order protecting women’s rights to seek out-of-state abortions means for Tennessee in a July 8 report by WSMV-TV in Nashville. The video and transcript can be accessed here.

Vile analyzed the continuing legal battle over abortion following the U.S. Supreme Court’s reversal of Roe v. Wade in a July 12 story in The Christian Science Monitor. His views are available here.

• Dr. Horace Johns, a professor of accounting, wrote a column about the importance of emotional intelligence to succeeding in business and other endeavors. The editorial was published July 6 by https://www.gcanews.com and can be read here.

• Dr. Andrew Polk, an associate professor of history, discussed his book “Faith in Freedom: Propaganda, Presidential Politics, and the Making of an American Religion” on the podcast “New Books in American Studies.” The audio, which was posted July 6, can be heard here.

• Dr. Laurie Witherow, associate vice provost for admissions and enrollment services, explained how some full-time freshmen could attend college for little or no costs in a July 8 report on WPLN-FM in Nashville. The audio can be heard here.

• Dr. Betsy Dalton, an assistant professor of communication studies, said channels such as email and texting can result in miscommunications because they are devoid of body language in a July 11 story at http://www.fastcompany.com. The report can be accessed here.

• Kent Syler, a professor of political science and international relations, explained why Republicans have tried to split Tennessee’s 5th Congressional District into three parts in a July 11 report by WPLN-FM in Nashville. The audio and transcript can be accessed here.

• Dr. Sidney A. McPhee, MTSU president, emphasized the importance of teachers and the universities that educate teachers in a July 12 report in Tennessee Lookout. His remarks can be read here.

• Dr. Crystal deGregory, a research fellow at the Center for Historic Preservation, wrote an editorial praising civil rights activist Diane Nash, a recent recipient of the Presidential Medal of Freedom. The column, which was published in The Tennessean July 13, is available here.