In the News: Abortion, the economy, baseball, teac...

In the News: Abortion, the economy, baseball, teachers, the 2020 election and more 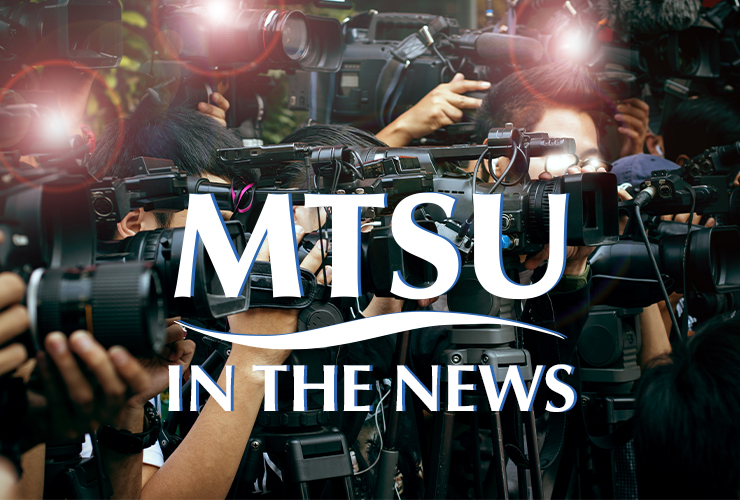 MTSU faculty and staff recently provided insights and analysis on numerous topics, including Major League Baseball, intense heat, college athletics, criticism of teachers and the national economy, among other issues.

• Dr. John Vile, dean of the University Honors College and a Constitutional law scholar, analyzed the possible impact of the Dobbs v. Jackson Women’s Health Organization case on the 1992 Planned Parenthood v. Casey ruling, which allowed for abortions when the life of the woman is at risk. His views were published July 15 at https://verdict.justia.com and can be read here.

Vile wrote a column about former President Trump’s alleged phone call to a witness before the House committee investigating the Jan. 6, 2021, insurrection at the U.S. Capitol. The column, which was published in the New York Daily News July 15, is available here.

Vile penned an editorial stating that the presidential election of 2020 definitely was not stolen. The column was published July 27 in the Savannah (Georgia) Morning News and can be accessed here.

• Dr. Richard Tarpey, an associate professor of management, discussed the national economy on the July 15 edition of “Inside Politics” on NewsChannel5+. The video is available here.

• Dr. Sekou Franklin, a professor of political science and international relations, explained the need for legal groups and demographers to stay in contact with community groups on proposed changes in redistricting in a July 17 story by The Press of Atlantic City (New Jersey). His views can be read here.

• Dr. Alisa Hass, a professor of geosciences, talked about the Urban Heat Island Mapping Campaign in which her students are participating in a July 20 report by WTVF-TV in Nashville. The video and transcript can be accessed here.

• Stephan Foust, founding director of the Center for Innovation in Media, discussed his book “A Leaf in the Stream” July 20 on WGNS-AM in Murfreesboro. The audio can be heard here.

• Dr. Michael Roach, an associate professor of economics and finance, assessed the settlement of a class-action lawsuit brought by current and former minor league baseball players against Major League Baseball in a July 21 report by “Marketplace” from American Public Media. The transcript and audio are available here.

• Ken Paulson, director of the Free Speech Center, condemned the arrest of a 10-year-old boy by a Florida sheriff on a charge of making a written threat to commit a mass shooting in a July 25 column in the Daily Magazine. His views can be accessed here.

• Dr. Adelle Monteblanco, an assistant professor in the Department of Sociology and Anthropology, talked about the Urban Heat Island Mapping Campaign in a July 25 report by WPLN-FM in Nashville. The audio and transcript are available here.

• Chris Massaro, athletic director, discussed the continuing changes in college athletics as teams shift from one conference to another on the July 26 edition of “The George Plaster Show.” The video can be seen here.

• Mark Murphy, University College recruitment coordinator, and Dr. Peggy Carpenter, assistant dean of University College, talked about a new public safety concentration and how prior experience can be converted into college credit in a July 26 report on WKRN-TV in Nashville. The video and transcript can be accessed here.

• Kent Syler, a professor of political science and international relations, explained why Hillsdale College president Larry Arnn miscalculated when he attacked teachers and the institutions that educate them in a July 27 report by Slate Magazine. His comments can be read here.