In the News: MTSU experts weigh in on election, Ob...

In the News: MTSU experts weigh in on election, Obama legacy 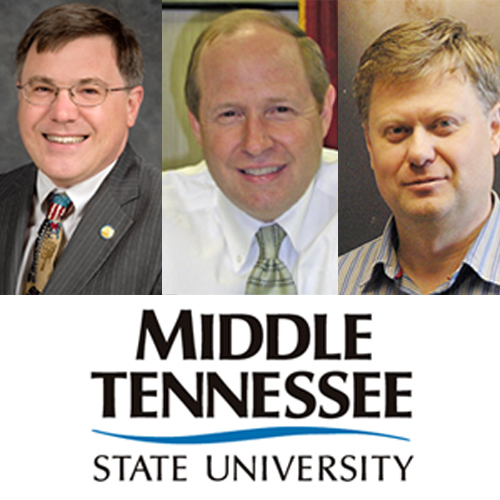 • Kent Syler, assistant professor of political science, commented on the lack of yard signs by political candidates for www.expresstelegraph.com Oct. 13. His views may be read here.

• Dr. Andrei Korobkov, professor of political science, wrote an article titled “2016 Presidential Race Reveals the Systemic Crisis in American Society” for www.rethinkingrussia.ru. It was posted on Nov. 14 and is available here.

Korobkov also was interviewed about whether Americans are happy with Donald Trump on the program “Morning Ireland” on Ireland’s RTE Radio 1 on Nov. 11. The podcast can be heard here.

• Dr. John Vile, professor of political science and dean of the University Honors College, appeared on “Inside Politics,” a program on WTVF-TV’s sister channel NewsChannel5+ Nov. 14 to discuss the American presidential election. His analysis may be viewed here.

Vile also provided information Nov. 11 on the transition of power between U.S. presidents John Adams and Thomas Jefferson for the British Broadcasting Corp. The article is available here.