Three inducted into Insurance Hall of Fame at MTSU

Three inducted into Insurance Hall of Fame at MTSU 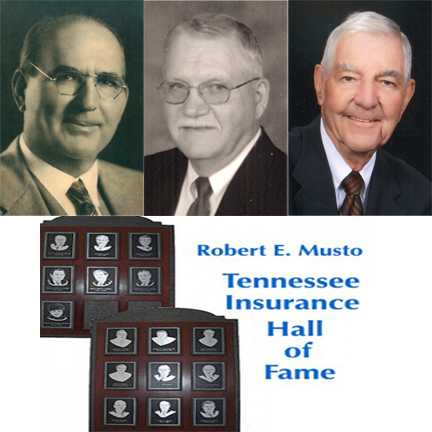 Burton, a Sumner County native, began his insurance career in Nashville in 1901 when he became an agent with the Sun Life Insurance Company. Two years later, in 1903, he and five others organized the Life and Casualty Insurance Company of Tennessee. Burton became the company’s first president and served in that capacity until February 1950.

Burton was a large benefactor and supporter of David Lipscomb College, which later became Lipscomb University. He was named to the board of directors of the college in 1917 by founder David Lipscomb and served continuously in various capacities, finally as chairman emeritus for life. He died in 1966.

Crosswhite recently retired from the Tennessee Farmers Mutual Life Insurance Company, which provides insurance for Tennessee Farm Bureau members. Throughout his 29-year tenure there, Crosswhite won almost every sales award his company had to offer, including being recognized as a Top 10 agent 26 times. He was named to the company’s All Star group, Round Table, Honor Council and Winners Circle, and he was a recipient of the coveted President’s Award.

In addition to supporting a variety of professional organizations in the industry throughout his career, Crosswhite also actively served in the community as a long-time member of the Gideons International, board member of Heritage Community Bank in Greeneville and president of the Greene County YMCA.

Sample continues a 65-year career in the insurance industry as general agent emeritus with the Mass Mutual Financial Group in Knoxville. He has qualified for the industry’s Million Dollar Round Table for more than 50 years and previously served as president of the Knoxville Association of Life Underwriters and Knoxville General Agency Management.

Sample has been actively involved in the Knoxville community for decades, serving as president of the Knoxville Civitan Club, on the Board of Governors for the University of Tennessee and on the boards of directors of multiple area banks.

The Hall of Fame is named for the late Robert E. Musto, longtime vice president of the National Life and Accident Insurance Company. The Robert E. Musto Insurance Hall of Fame, which is under the auspices of the Tommy T. Martin Chair of Insurance in MTSU’s Jones College of Business, is located on the west wall of the first-floor south lobby of the Business and Aerospace Building at MTSU.

Fifty-seven people have been inducted into the hall since its inception, according to Dr. Kenneth Hollman, holder of the Martin Chair of Insurance at MTSU.