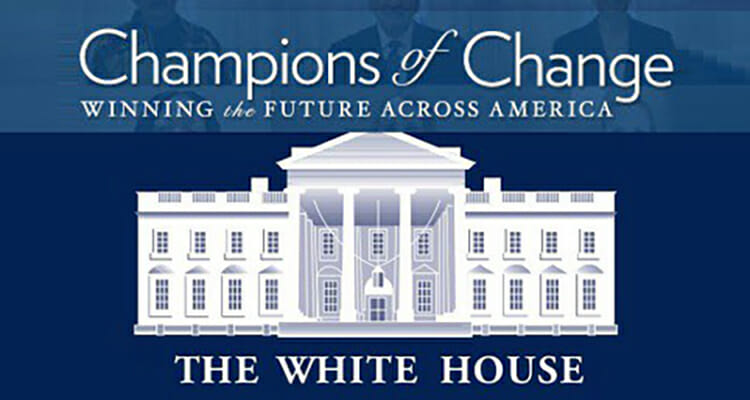 MTSU chemistry professor Dr. Judith Iriarte-Gross is back from Washington, D.C., where she shared her enthusiasm for STEM education for girls and women with her fellow educators at the White House.

Iriarte-Gross was invited to attend the Dec. 9 “White House Champions of Change” event, which saluted efforts to recruit and retain girls and women in science, technology, engineering and mathematics.

“It was an honor to be invited to the event,” Iriarte-Gross said. “They (White House officials) were glad that Tennessee and the South would be represented at Champions for Change.”

Iriarte-Gross was invited in recognition of her role as director of the GRITS Collaborative. GRITS, or Girls Raised in Tennessee Science, is a statewide organization and part of the National Girls Collaborative Project.

In addition to GRITS and NGCP initiatives, Iriarte-Gross serves as director of the MTSU WISTEM, or Women in STEM, Center. She also leads the MTSU Expanding Your Horizons in math and science efforts.

“We are making a difference for girls in STEM in Tennessee,” Iriarte-Gross said.

Twelve local leaders from across the United States were honored at the event, which is part of a weekly series recognizing “champions,” defined by the White House as  “ordinary Americans doing extraordinary things in their communities to out-innovate, out-educate and out-build the rest of the world.”

Karen Peterson, principal investigator with the NGCP, wrote in the organization’s December e-newsletter that in addition to the “Champions of Change” honorees, leadership team members from the Connecticut and GRITS Girls Collaborative Projects joined several NGCP board members in small group discussions. The attendees also listened as each “Champion” participated in panel discussions personalizing “the successes and barriers to broadening participation in the sciences.”