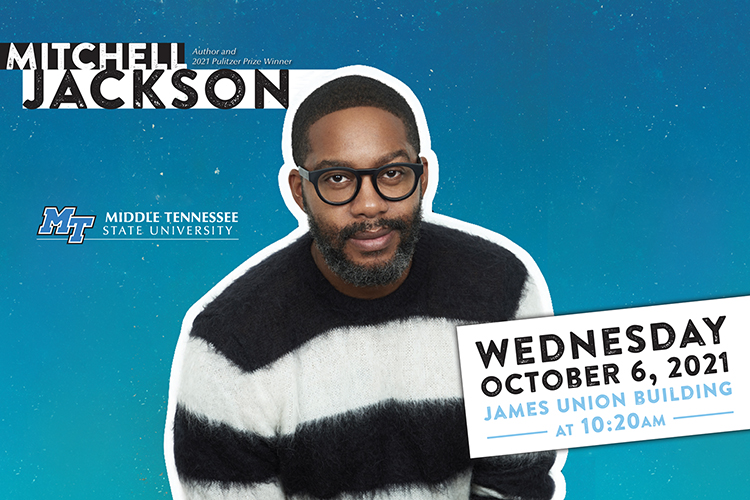 The winner of the 2021 Pulitzer Prize in Feature Writing for his story on the 2020 slaying of Ahmaud Arbery, an unarmed Black man, by three white men will speak at Middle Tennessee State University during a free public event set Wednesday, Oct. 6. 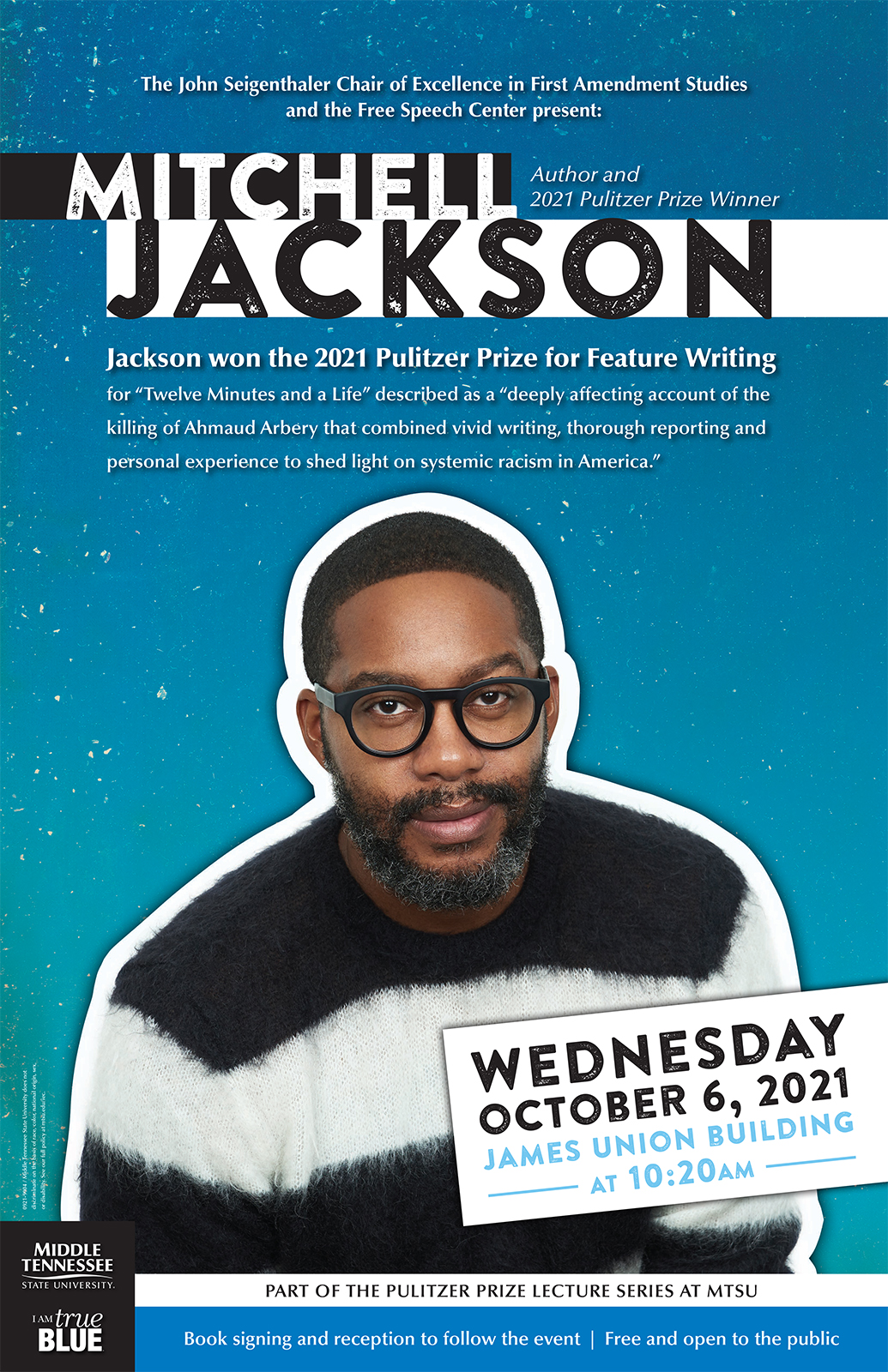 Author and novelist Mitchell Jackson will discuss “Revision: Finding Restoration and Empowerment with Creativity” in the Tennessee Room in MTSU’s James Union Building at 10:20 a.m. Central Oct. 6 as part of the university’s Pulitzer Prize Series.

The series is sponsored by the John Seigenthaler Chair of Excellence in First Amendment Studies, the College of Media and Entertainment and the Free Speech Center at MTSU.

The James Union Building is located at 516 Alma Mater Drive. Guests must follow MTSU’s mask and other health safety requirements inside the building.

Jackson’s talk will be followed by a reception with refreshments and book signing for his autobiographical novel “The Residue Years” and his autobiography, “Survival Math: Notes on an All-American Family.” Copies of both will be available for sale.

A campus parking map is available here. Because of limited parking near the venue, off-campus visitors should get a one-day permit at www.mtsu.edu/parking/visit.php, park in the university’s Rutherford Boulevard Lot, and ride the Raider Xpress shuttle to the James Union Building.

Jackson’s “12 Minutes and a Life” in Runner’s World magazine focuses on Arbery’s life and February 2020 death. The Georgia native was chased down and shot by three men who claimed he was breaking into homes under construction.

The article, which incorporates Jackson’s first-person narrative as another Black man who enjoys recreational running, earned praise from the Pulitzer judges as a “deeply affecting account … that combined vivid writing, thorough reporting and personal experience to shed light on systemic racism in America.”

His novel “The Residue Years” relates how a young man grew up in a neglected, crack-ravaged neighborhood in Portland in the 1990s. The book won a Whiting Award and the Ernest J. Gaines Prize for Literary Excellence.

Previous speakers in MTSU’s Pulitzer series include a team from the South Florida Sun Sentinel, which won a 2019 Pulitzer for its coverage of the Parkland school shootings; journalists from The Arizona Republic, which earned a 2018 Pulitzer for its multifaceted news package on the U.S.-Mexico border wall; and Eric Eyre of the Charleston (West Virginia) Gazette-Mail, who won his 2017 award for investigative reporting on the opioid crisis.

More information about the Seigenthaler Chair of Excellence in First Amendment Studies is available by contacting Fisher at deborah.fisher@mtsu.edu or visiting www.mtsu.edu/seigenthaler.

Details on the work of the Free Speech Center at MTSU, including its First Amendment Encyclopedia, are available at http://freespeech.center. The College of Media and Entertainment’s website is http://mtsu.edu/media.