'The Dreamer': Listen to March.. 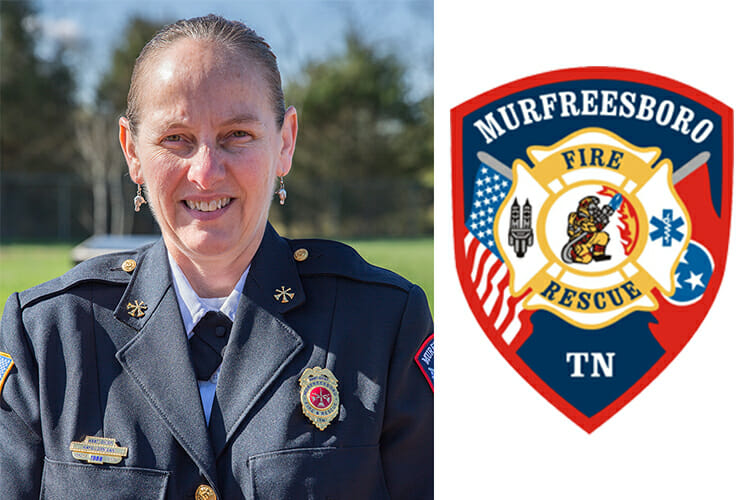 This is the state’s inaugural Fire Officer IV, or FOIV, certification class. Students who earn the certification have the necessary requirements needed to serve in a fire department’s senior level positions such as a supervisor or a chief.

“It is very humbling to be the first female in the state to have obtained FOIV certification,” said Jernigan, who graduated from MTSU in 2010 with a bachelor’s degree in liberal studies and a minor in public administration.

The State Fire Marshal’s Office estimates there are currently about 800 female firefighters out of over 22,400 firefighters serving in Tennessee.

“The course, while challenging, was definitely a great learning experience, and I am thankful to have been a part of the pilot class in Tennessee,” Jernigan said.

The FOIV tests are certified by the Tennessee Firefighting Personnel Standards & Education Commission, which is accredited by both the International Fire Service Accreditation Congress and the Pro Board Fire Service Professional Qualifications System, the release states.

For firefighters interested in learning more about future FOIV classes, contact the Tennessee Fire Service and Codes Enforcement Academy in Bell Buckle at 931-294-4111 or by email at Tfaca.info@tn.gov.