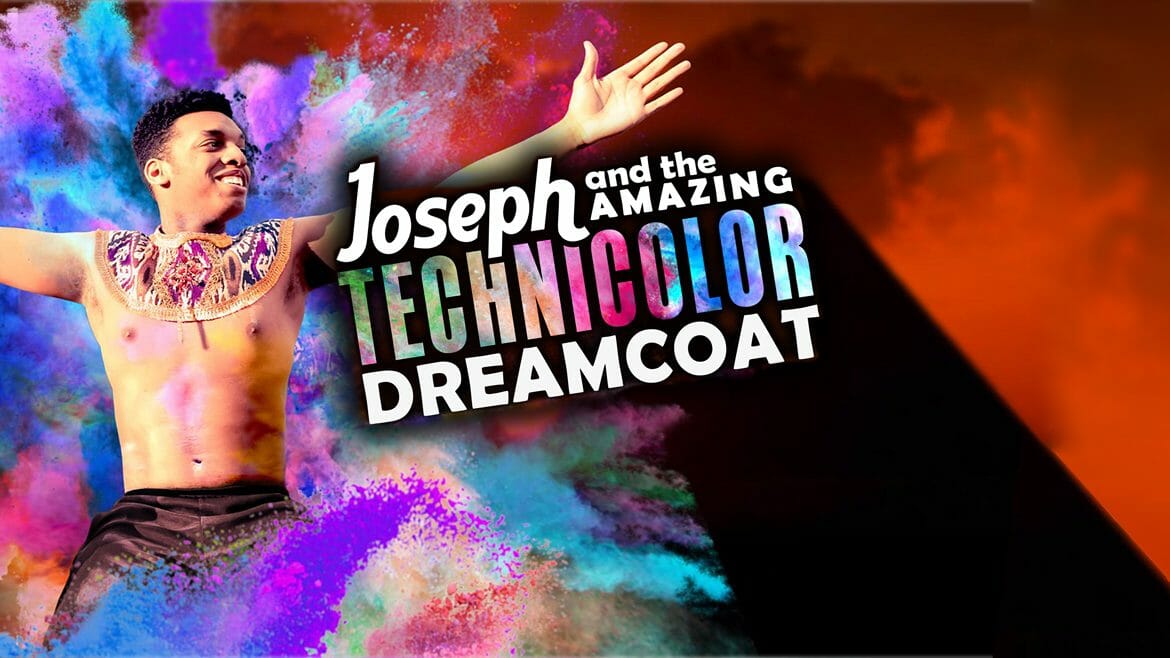 MTSU theater, music, dance and multimedia students are stitching their many talents into a multimedia “coat of many colors” to personalize MTSU Theatre’s April 5-8 production of the sensational “Joseph and the Amazing Technicolor Dreamcoat.”

Click on the poster for ticket information for the April 5-8 MTSU production of “Joseph and the Amazing Technicolor Dreamcoat.”

The full-scale, family-friendly Broadway musical, a retelling of the Biblical story of Joseph, will use innovative video technology to bring the characters even closer to the Tucker Theatre audience in an extraordinary partnership between university departments and students.

Curtain times are 7:30 p.m. Thursday-Saturday, April 5-7, and 2 p.m. Sunday, April 8. Advance tickets, available now at www.mtsuarts.com, are $15 general admission and $10 for seniors 55 and older and K-12 students. MTSU students will be admitted free with a current ID.

“As an art form, theater is collaborative, but for this production, we are reaching across college lines and working with our colleagues in the College of Media and Entertainment to bring a new zest and feel to this classic show,” says Justin Reed, production manager for MTSU’s Department of Theatre and Dance and the scenic designer for “Dreamcoat.”

“When we chose this production over a year ago, we knew we wanted to partner with our video tech colleagues to create something amazing, and we have done just that!”

Mike Forbes, assistant director of technical systems for the Department of Media Arts in the media college, says the “Dreamcoat” video elements are “based on the way Broadway shows are produced” and will feature 75 LED video-panel installations courtesy of a long partnership with Nashville-based Video Equipment Rentals.

“This is one of the largest collaborations between departments that’s ever been done at MTSU. It’ll be a massive show,” Forbes adds. “Every performance you see now has video elements in it, so it makes sense for us to do this for the audience and for our students to get the professional experience.”

“Dreamcoat” is the Department of Theatre and Dance’s large musical production for the 2017-18 season, following in the record-setting steps of 2013’s “Les Misérables” and 2016’s “West Side Story.”

It’s also being led by the same pair: director Kristi Shamburger, an assistant professor of theatre, and musical director Raphael Bundage, director of choral activities and a professor of vocal performance in MTSU’s School of Music.

The story follows young Joseph to Egypt, where his envious brothers had sold him into slavery. “Dreamcoat” uses upbeat musical numbers of all genres to share the timeless tale of a boy who learns to be a man to save his country and his brothers.

“‘Joseph and the Amazing Technicolor Dreamcoat’ is such a well-known and loved musical that it hardly needs an explanation,” Shamburger says. “We are thrilled to be bringing this story to life on the stage of Tucker Theatre this spring.

“We hope that when the audience joins us, they are not only dazzled and entertained by the songs they remember, but that a fresh understanding comes over them — an understanding of the potential that any one of us has in our lives if we don’t let the distractions and obstacles of this world snuff it out!”

Freshman vocal powerhouse Caleb Mitchell of Nashville portrays Joseph, and sophomore Victoria Peterson of Murfreesboro is The Narrator. Both are theatre majors.

“This is a show I’ve always loved, and the Narrator has always been one of my dream roles,” Peterson says. “I am extremely excited to be able to share my version of her with the world.”

“I’m most excited about bringing this story and the characters to life with this awesome cast,” adds Mitchell. “All of them are incredibly talented and kind-hearted. I think the biggest challenge will be taking the role of Joseph and finding that sweet spot in the acting that’s truthful to the character itself, but also to me as the actor bringing Joseph to life.”

A complete cast and crew listing for “Joseph and the Technicolor Dreamcoat” is available here.

Tickets also will be available at the Tucker Theatre box office one hour before curtain times. For more information about the show, visitwww.mtsuarts.com.

Mike Forbes, shown at center left looking up, assistant director of technical systems for MTSU’s Department of Media Arts, works with students to install the first set of 75 LED video panels on the Tucker Theatre stage for the set of “Joseph and the Amazing Technicolor Dreamcoat” March 21. The MTSU Theatre production of the full-scale, family-friendly Broadway musical is set April 5-8 and advance tickets are available at www.mtsuarts.com. (MTSU photo by J. Intintoli)