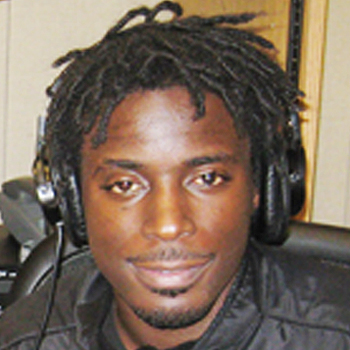 Overcoming a gang-infested neighborhood is tough enough without struggling to develop your educational potential, too.

That’s what Justin Lawrence says he did to become a college graduate. He’ll be taking that walk toward an MTSU diploma at Saturday’s afternoon commencement ceremonies, which are scheduled to begin at 1 p.m. in Murphy Center.

The 24-year-old Lawrence, a single mother’s son who hasn’t seen his father since he was 6, grew up in public housing in Chattanooga, Tenn.

“I never let my environment dictate what kind of person I was going to be,” said Lawrence. “Everyone has a choice.”

According to Lawrence, his childhood was marked by a series of challenges, including being misdiagnosed with attention deficit hyperactivity disorder.

“I was a rambunctious kid, but it was because the schoolwork was so easy,” Lawrence said. “I would act up because I was bored.”

After administering IQ tests, educators finally realized Lawrence belonged in more advanced classes. But even those didn’t prepare him for college-level work, he said.

He had to take a remedial math class in college because he found his high-school classes to be “dumbed down” compared with what students at other schools appeared to be learning.

The most humiliating aspect of the whole situation, Lawrence said, was the stereotyping.

“I had a high-school counselor tell me she hoped I was ‘good at football’ because I wouldn’t make it otherwise,” he recalled. Lawrence was a running back who enjoyed the game, but he never considered it a viable pathway out of his circumstances.

“It shouldn’t come as a surprise to folks,” Lawrence said. “We know how to apply our minds.”

He didn’t know anyone who had graduated from college, but most of the institutions to which he applied accepted him.

After a year at Carson-Newman College, Lawrence transferred to MTSU, where his love of music prompted him to change his math major to recording industry and to minor in marketing.

“I find music to be therapeutic,” Lawrence said. “Without music, I don’t know if I could live.”

His favorite artists are rappers Jay-Z and Curren$y, but he’s more interested in the publishing side of the music business. His dream is to own his own record label, and Lawrence said he’ll continue working at a local warehouse until he finds a job in his chosen field.

The youngster who grew up around violent crime is now a man who concentrated on his studies and rejected violence, despite the peer pressure.

“People would tell me, ‘Aw, you’re an A student. You’re lame,’” Lawrence said. “But I thought the people who were lame were the ones stuck in the same grade for two years.”