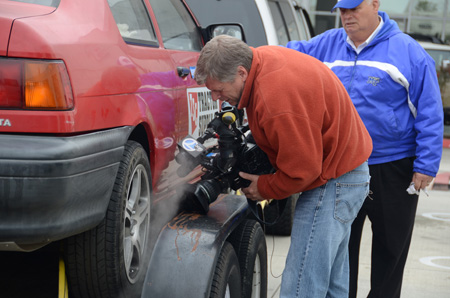 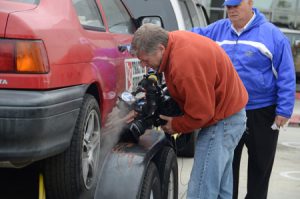 As MTSU professor Cliff Ricketts, right, observes, Los Angeles KABC TV 7 photojournalist Jim Brown films the steam that comes out of the tailpipe on the 1994 Toyota Tercel, one of two vehicles used in the 2,600-mile coast-to-coast trip. MTSU’s team spent about two hours after Toyota of Huntington Beach extended the invitation to Ricketts. (MTSU photo by Randy Weiler)