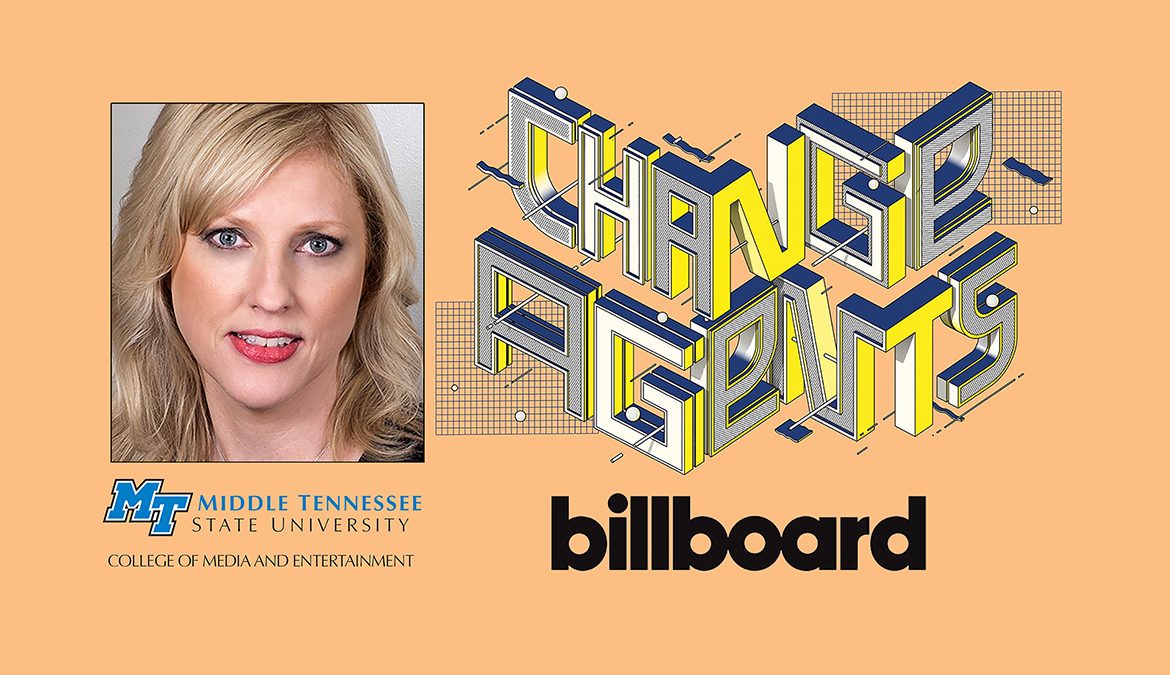 Billboard magazine has included an MTSU leader in its recent list of music industry “change agents,” saluting her and others who are “changing the business — both by advocacy and by example” with their efforts toward social justice. 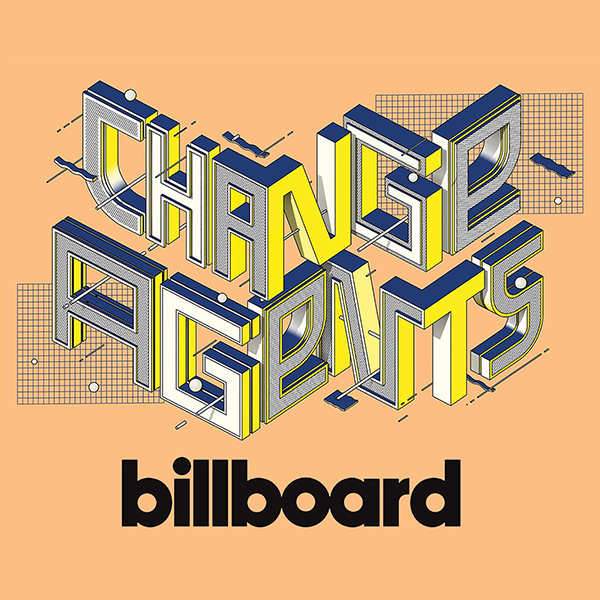 Click on the graphic to read a PDF of Billboard magazine’s 2021 “Change Agents” list of music industry executives doing work toward social justice.

Beverly Keel, dean of MTSU’s College of Media and Entertainment, is part of a trio of activists Billboard recognized for organizing a Zoom panel discussion for Blackout Tuesday last June that led to the creation of Nashville Music Equality.

The groundbreaking panel on “Being an African American in the Nashville Music Industry” received national media attention, including coverage in The Washington Post and the Nashville Scene, which called it “monumental,” and generated a follow-up discussion nine days later.

The group’s mission is to “create conversations that educate and provide resources ‘that will help people better understand the struggles that people of color face and in return create lasting impact,'” Toney told the magazine.

Keel said she was “surprised and humbled by this honor for my work with Nashville Music Equality.”

“We have a group of 10 dedicated founding board members who are committed to creating an anti-racist environment in the music industry,” the Nashville native said. “We had no idea when we first launched this initiative that it would turn into a movement and spark change. We just knew we had to try to do something.

“That ‘something’ turned out to be the spark that engaged the Nashville music community and led others to speak out and try to do better. We must all speak out against social injustice. As I have learned, silence equals complicity.”

Billboard replaced its annual “Power List” of music industry players this year with the “Change Agents” list, citing them as “Leaders Stepping Up in a Year of Turmoil” for “changing the business — both by advocacy and by example” with their efforts.

All were asked what lasting change in their industry requires. Toney told Billboard it means “having people of color not only in the room but at the table where decisions are made.”

Keel added, “It’s also a reminder of how much work needs to be done. Change won’t happen in a day, but if we don’t do anything, nothing will change. This recognition is validation that we are headed in the right direction.”

MTSU’S College of Media and Entertainment, under Keel’s initiative, also is launching a pilot program Feb. 24 to connect college students of color nationwide with country music careers and experts from across the industry.

“Bridges to Nashville: Exciting Career Opportunities in Country Music” plans free monthly two-hour Zoom sessions through June for students. Each includes a conversation with a creator of color and a focus on one segment of the industry.

A 1988 alumna of MTSU, Keel took the reins of her former college in January 2020 after teaching since 1995 in the top-ranked Department of Recording Industry, including a seven-year stint as chair. 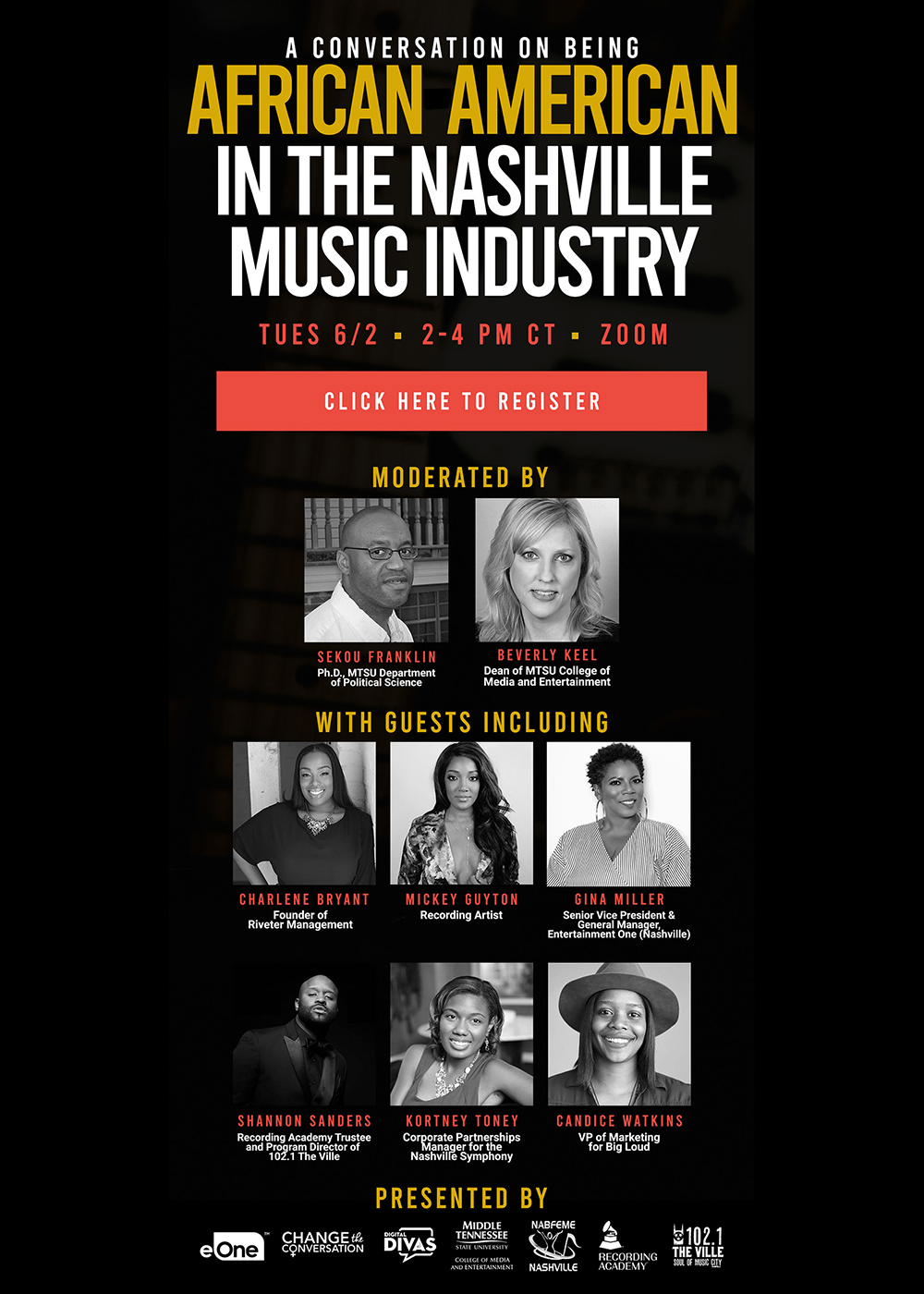 Billboard put MTSU on its annual list of America’s top music business schools for a seventh year in April 2020, saluting the Department of Recording Industry as “one of the nation’s oldest and most highly regarded music business programs.”

Keel, who is the college’s first female dean, joined forces with music industry peers Tracy Gershon and Leslie Fram in 2014 to create Change the Conversation, a coalition designed to help fight gender inequality in country music.

A graduate of Leadership Music, Leadership Nashville and Leadership Middle Tennessee, Keel serves as secretary for The Recording Academy Nashville Chapter and is a board member for the YWCA and the W.O. Smith Music School and a member of the Academy of Country Music’s Diversity and Inclusion Task Force.

She’s also a past board member for the Country Music Association, The Women’s Fund, Owl’s Hill Sanctuary, Music Makes Us, the Tennessee Performing Arts Center and the Nashville Mayor’s Music Council.

In addition to the Department of Recording Industry, MTSU’s College of Media and Entertainment includes a Department of Media Arts and a School of Journalism and Strategic Media and offers Bachelor of Science degrees in media and entertainment, animation, video and film production, interactive media, journalism, recording industry and audio production; a Master of Fine Arts in Recording Arts Technologies degree; and a Master of Science in Media and Communication.