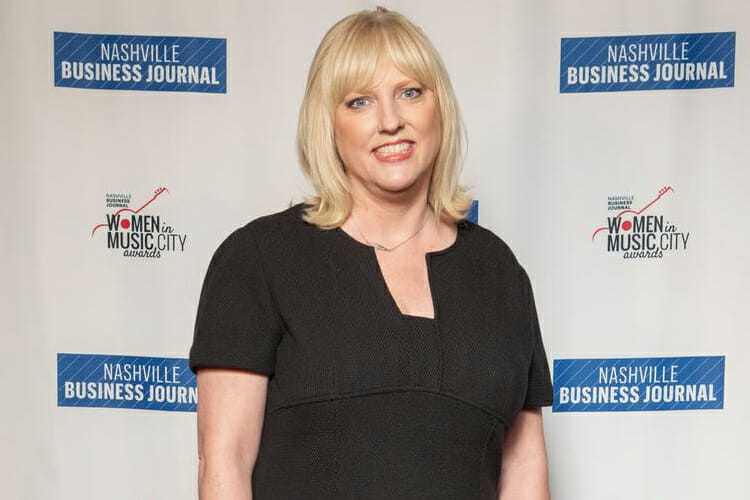 NASHVILLE, Tenn. — For the fifth straight year, MTSU Department of Recording Industry Chair Beverly Keel was honored with a Women in Music City Award from The Nashville Business Journal and also offered words of inspiration in keynote remarks at the dinner celebrating all of this year’s honorees.

Keel told the crowd inside the Omni Hotel on Oct. 23 that “when you’re the only female voice in a room, speak up loudly, don’t put up with being interrupted and demand attention,” according to a story by Nashville Business Journal senior reporter Eleanor Kennedy.

Read the full story at https://bit.ly/2Dni9nI or view a pdf version of the story here.

Now in her fifth year of leading the highly regarded recording industry program within the College of Media and Entertainment, Keel is also a co-founder of Change the Conversation, a coalition created with Leslie Fram and Tracy Gershon four years ago to help women in the country music industry.

The Women in Music City Awards stem from The NBJ soliciting nominations of women working in the music business “who are making a creative and economic impact on the industry.” According to the publication, “the program honors women from all walks of the music industry — from agents to songwriters, and from entertainment lawyers to music venue executives.”

An MTSU alumna and former music industry executive, Keel continues working with MTSU faculty and staff in her current role to build partnerships between MTSU and music industry leaders to bring in accomplished guest lecturers and instructors as well as provide students with hands-on learning and career opportunities.

Keel is also an award-winning music journalist and pop culture commentator who has covered the music industry for more than 25 years. She writes for Parade magazine and The Tennessean and has served as a music industry management/publicity consultant for artists including Jamey Johnson, Lionel Richie, Scotty McCreery and others.