‘MTSU On the Record’ explores migration patterns i... 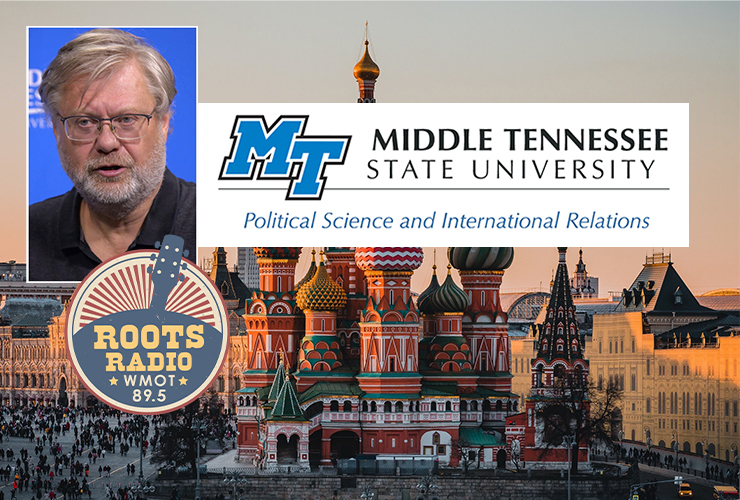 Dr. Andrei Korobkov, top left, a professor of political science and international relations at MTSU, returns for the conclusion of his “MTSU On the Record” two-part interview that first aired Dec. 21 on WMOT-FM Roots Radio 89.5 and www.wmot.org. In the conversation, which you can hear above,  Korobkov assesses the imposition in 2020 of limits on migrants flowing throughout the post-Soviet states, especially Russia. (Russian skyline photo by pexels.com; MTSU photo of Korobkov)

Other countries’ ability to cope with immigration issues was the focus of a recent “MTSU On the Record” radio program.

You can listen to part two of their conversation via the SoundCloud link above.

In it, Korobkov assesses the imposition in 2020 of limits on migrants flowing throughout the post-Soviet states, especially Russia.

“The number of migrants has declined,” Korobkov said. “The amount of remittances by migrants from Russia has also been cut, and, in some cases, it has created labor shortages. So Russia, whether it wants it or not, will have to increase the number of labor migrants in its territory in the foreseeable future.”

Korobkov said most of the migrants entering Russia are Muslims from Central Asia, which has created some friction with help from politicians trying to exploit the issue.

However, Korobkov said, it is absolutely clear that migrant workers are needed to prop up the Russian economy.

With Dmitry Poletaev of the Russian Academy of Sciences, Korobkov is co-author of “International Migration in Pandemic Times: Disrupted Links, Remittances and Migrantophobia.”

The report, published in August 2021 by the Valdai Discussion Club, a Moscow-based think tank, is available at www.valdaiclub.com.