In the News: MTSU experts weig.. 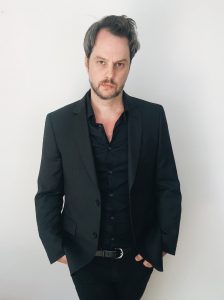 When Jimi Hendrix’s Electric Lady Studios in New York City turns 50 in August 2020, MTSU alumnus Lee Foster just might get the honor of blowing out the candles.

Foster, a 2002 graduate from MTSU’s heralded Recording Industry program, is widely credited with saving the iconic facility from collapse and then expanding the business model.

He credits his career in the music business to a tenacity that his mentors in the MTSU program saw at a time perhaps he didn’t.

That tenacity helped Foster—a self-confessed subpar student until he found the Recording Industry Department—advance from an unpaid internship to studio manager and co-owner.

When Foster took his first step onto the career ladder in 2002, he left a footprint in the ashes where the Music Industry v1.0 had stood until the peer-to-peer, free-music stampede blasted its revenue streams to smithereens. The morning he carried his suitcase from Penn Station to Greenwich Village, there were signs that the Electric Lady was teetering on the verge of insolvency. Most notably, the studio’s client base was dwindling from a slow stream to barely a trickle. But shuttering the studio meant shuttering a manifestation of Hendrix’s enduring legacy, and that was an outcome Foster, whose first real weekly paycheck would be $150, couldn’t fathom. After all, the studio had beaten the odds before, somehow remaining solvent when Hendrix died only 23 days after he hosted an A-list grand opening soiree.

The studio was famous from the start because its genre-shaping founder was renowned across the globe as one of rock’s most inventive guitarists. But what would happen within its walls after his death at the age of 27 would propel the studio to iconic status. It’s where David Bowie and John Lennon would write and record the song “Fame” in under 24 hours and where Patti Smith would record her seminal debut album, Horses. It’s the studio where AC/DC recorded overdubs and mixed Back in Black, the sixth bestselling album of all time, and where Led Zeppelin recorded Physical Graffiti. KISS laid down tracks for Dressed to Kill and

The Clash recorded much of their double-platinum album Combat Rock there. The Soulquarian movement torchbearers Questlove, D’Angelo, Erykah Badu, and Common took up residency at Electric Lady Studios for six years that straddled the new millennium. Their departure coincided with the financial wrecking ball that Napster’s free file-sharing sent through the industry worldwide, leaving the studio in perilous straits.

But before Foster could save the studio, he first had to save his collegiate career. Right out of the Blue Raider gate, he stumbled—and he wants people to know it. He struggled as a freshman to find his tribe and purpose, and Foster soon found himself in academic trouble. Then, whenhis father fell ill, he dropped out to work on the family farm in Smithville, Tennessee. 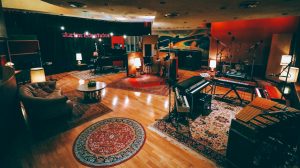 “When I first got to MTSU, I had no idea what I wanted to do. I was a poor student, and I was easily distracted. I stumbled into college, and I did poorly,” Foster said. “By my sophomore year, I got placed on academic probation, so I went home to help Dad with the farm, doing all that country stuff. I had given up on college. I started dating the small-town girl and wearing
overalls, and I figured that’s what I would do with the rest of my life. But, six months in, I realized I had to give it one last try and went blazing back to MTSU with a newfound purpose.”

Foster says his return to MTSU marked a turning point, not just academically, but personally and professionally as well. When he finally found his career path, it was largely through happenstance.

“It wasn’t until I walked across campus and past the [Bragg Media and Entertainment] Building and saw people who looked like me that I found some direction,” he said. “I stopped everything I was doing at that moment and joined the Recording Industry program.” 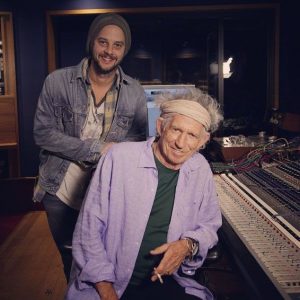 That decision led Foster to his new academic advisor, Beverly Keel, a Recording Industry professor who later chaired the department and was recently named dean of the entire College of Media and Entertainment.

“I remember Lee as being a great kid with passion,” Keel said. “I wasn’t sure where or how, but you just knew he was going to do something great. I think not only did MTSU give him the education, but we introduced him to the foundations of the music business and showed him that success is a possibility.”

Foster remembers Keel as the person who set him on a path where he would eventually create success.

“I owe so much to Beverly Keel,” he said. “She’s the person who really impacted me. There was this moment that I knew I wanted to get into this business, but I was literally starting at zero—I didn’t even know what ‘music industry’ meant. She was assigned to be my faculty advisor, and she was always supportive and patient, and she gave tremendous advice. I still see her and talk to her now. That relationship was vital to my development and confidence to 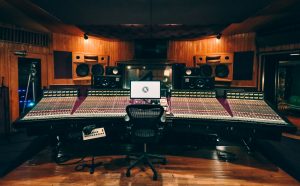 Once he began to excel in the classroom, Foster says he found another pivotal ally in Loren Mulraine, a Recording Industry professor who taught at MTSU for 14 years.

“Lee was one of those students who always wanted to know what the business ramifications were for all of the legal issues we discussed in class,” said Mulraine, who now serves as director of music and entertainment law studies at Belmont University’s College of Law. “He was clearly one of those students who had his eye on not just being in the industry, but making a difference in the industry. I am not surprised that he became an entrepreneur. I definitely plan to visit Electric Lady and maybe even do some work there the next time I get to my hometown of New York.”

Foster soon aligned all aspects of his life with music.

“Once I found the path, I decided I would only do music-related things moving forward,” he said. “I started working at a local record store in Murfreesboro. And I started doing stagehand work in Nashville, Atlanta, and Louisville—we’d set up and tear down big shows like the Rolling Stones and Elton John.” 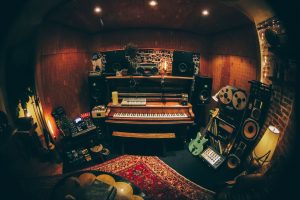 he struggled to find the internship he needed to graduate, his then-girlfriend offered a nudge that would lead Foster to Electric Lady Studios.

“I had meetings in Nashville trying to get my foot in the door, and I remember feeling like I just was not invited. Also, Napster had surfaced by then and the entire industry was on its heels right as I was walking into it,” Foster said. “My girlfriend often talked about how she would spend her summers in New York City growing up. I had never been to New York, but I still set my sights on it.

“A lot of people around me thought I was insane. They’d look at me as if I’d said, ‘I’m going to build a spaceship in the parking lot and go to Mars.’ But I had made some contacts in New York and ultimately was introduced to John Seymour, an audio engineer who’d come up through Electric Lady. He made the introduction that ultimately resulted in the internship.”

But the Electric Lady was in physical and financial disrepair, and its leaders were unsure how to move forward.

“It was very tired, and aesthetically, it was pretty run down,” Foster said. “It was on the back end of the Soulquarian era here. It was cool—amazing at times. I started assisting sessions—Erykah Badu was my first. But, when a receptionist left, I asked to be taken off sessions and to instead answer the phones. The studio’s future seemed uncertain, and I felt it was smart to network just in case.”

After the unpaid internship ended, he returned to Tennessee.

“The only work I could find in Nashville was work I had already done there—I couldn’t take the next step,” he said. “I struggled for nine months, then the studio asked me to come back. I decided to go back, but once I returned, the Soulquarian community was gone and it seemed everyone in the music industry had lost their way to the digital era.

“But I worked hard, and I was stubborn and persistent. And I found ways to make myself useful: If the boiler wouldn’t work, I would figure it out and fix it. If the AC didn’t work, I’d figure out where to kick it to get it going again. The owners at the time saw that I was saving them money on repairs, so I was able to keep a position as the inevitable layoffs began to occur. And all of this was happening as major studios in New York, Los Angeles, London—these massive facilities—were shutting down. Each week, another one would announce it was closing.” 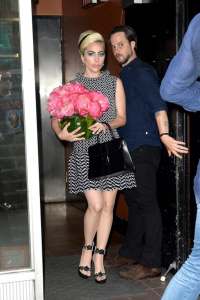 Electric Lady Studios is once again vibrant and active. And much of the credit goes to an unpaid intern whose tenacity—specifically in recruiting artists back to the studio to record—helped him rise through the ranks.

The turnaround began when Americana artist Ryan Adams called Foster one morning at dawn to take him up on a recent offer he had extended to record at Electric Lady. They recorded the song “Two” and subsequently the rest of the Easy Tiger album over the next few months. The dominoes started to fall. Patti Smith returned to Electric Lady for her 2007 album Twelve. Soon the client list ranged from Kanye West to Taylor Swift.

The momentum hasn’t stopped. As recently as early 2020, artists ranging from Nashville icon Steve Earle to global pop phenomenon Lady Gaga have worked on their most recent projects at the studio. As L’Officiel recently wrote, “The output of only the last three years makes it hard to think of another single location involved in a similar level of work.”

Not only did Foster provide the drive to restore Hendrix’s vision for the facility as a cultural juggernaut dedicated to fostering creativity, but he also expanded the business to include a record label, content programming partnerships, and an engineer/producer management division. To what does he attribute all this success?

“When I moved to New York, I was young, and I didn’t really need much. I had no romantic relationships or children, so I could be nimble and lean—and there were a lot of lean years. I was scrappy and stubborn, and that’s been a major key to my success,” Foster said.

“It’s also true that much of what I learned at MTSU comes into play in my professional life. I recognize there are people who go to college and don’t use it, but I use every bit of it. I wouldn’t have done this well had it not been for that education as my starting point.”

Foster and his mentor, investor Keith Stoltz, now run Electric Lady Studios as business partners. And on the eve of its 50th anniversary, in large part due to an MTSU alum, the studio is enjoying a hard-earned renaissance worthy of its founder’s reputation.