MTSU thanks special donors for.. 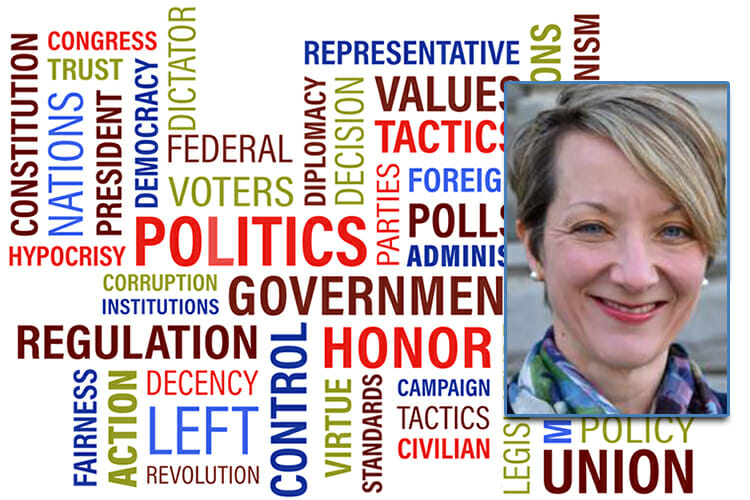 Amid public concern about the effect of polarization on the political process, one professor is stepping forward with an explanation during a special visit to MTSU set Monday, April 23.

Dr. Frances Lee, a professor of government and politics at the University of Maryland, will speak on “Insecure Majorities: How Party Balance Drives Polarization in Congress” at 4:30 p.m. April 23, in Room 106 of the Paul W. Martin Sr. Honors Building at MTSU.

In her book “Insecure Majorities: Congress and the Perpetual Campaign,” published by University of Chicago Press, Lee contends that members of both political parties, while competing for control of the government, have been driven to “participate in actions that promote their own party’s image and undercut that of the opposition, including the perpetual hunt for issues that can score political points by putting the opposing party on the wrong side of public opinion.”

The effect of this competition, Lee asserts, is that cooperation and cooperation suffer and will continue to as long as both major parties are roughly equivalent in reach and power.

Lee has been a member of the University of Maryland faculty since 2004. She teaches courses in American government, the public policy process, legislative politics, political ambition and political institutions.

This event, which is free and open to the public, is sponsored by MTSU’s chapter of Pi Sigma Alpha, the national political science honor society.

For more information, contact Dr. Robb McDaniel, an associate professor in the Department of Political Science and International Relations at MTSU, at 615-904-8249 or robb.mcdaniel@mtsu.edu.