‘MTSU On the Record’ tackles c..

In an extremely loud MTSU Murphy Center, Madison Ketron may have the only one of thousands of Rutherford County Schools’ fifth-graders with a book of any kind.

It turns out the book was not a regular schoolbook and she was not studying. But the aspiring artist and Lascassas Elementary School student loves to draw, and in her hardbound art book she enjoyed documenting an MTSU Blue Raider basketball player “hanging on the rim” following a dunk and a cheerleader. 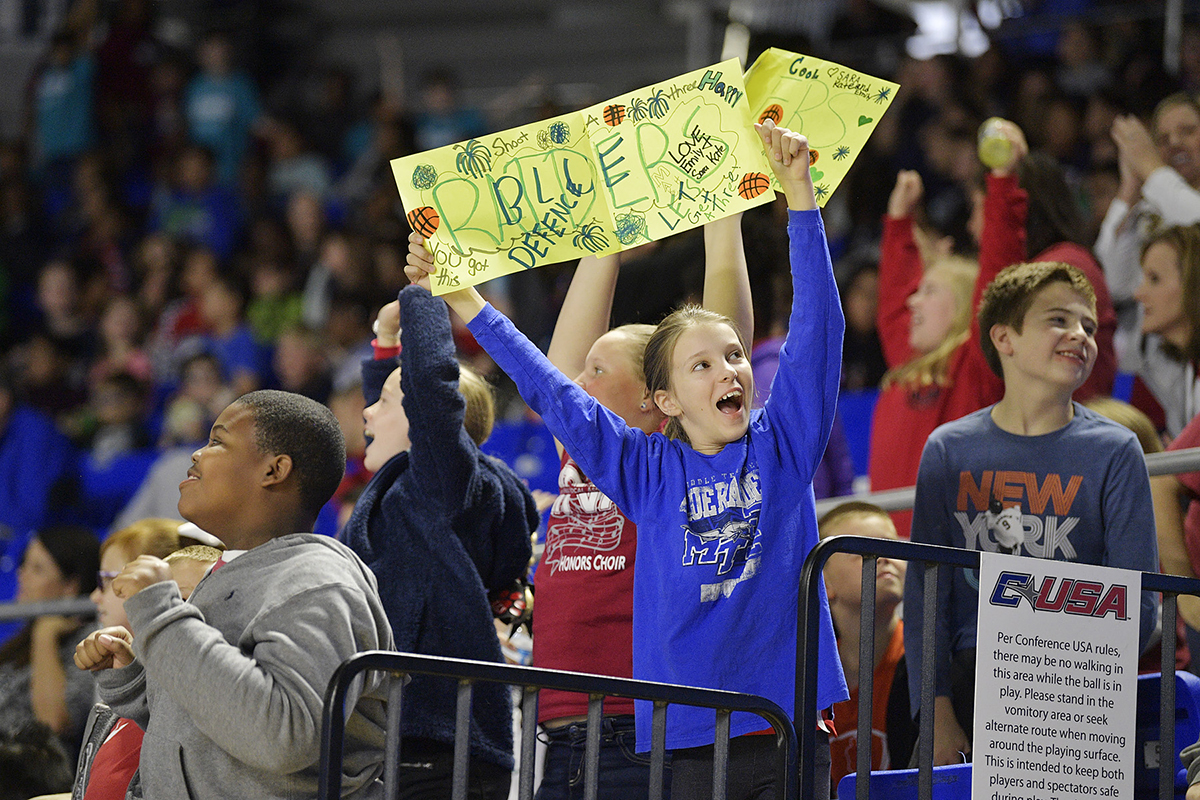 Emily Nelson, holding the hand-made Blue Raiders sign, cheers on MTSU Tuesday, Nov. 5, in Murphy Center. She and others in her section are fifth-graders at Lascassas Elementary School. MTSU beat Maryville College, 119-61, in the season opener in the annual Rutherford County Schools’ Day. (MTSU photo by Andy Heidt)

Ketron, 10, and the other students attended Rutherford County Schools’ Day, an annual field trip for boys and girls from the nearly 25 schools countywide.

The youngsters saw MTSU struggle some in the first half, but pulled away with 72 second-half points to beat visiting Maryville College, 119-61, Tuesday (Nov. 5) in the Blue Raiders’ season opener. Antonio Green led MTSU with 30 points, including 18 from 3-point range on 6 of 10 shooting. 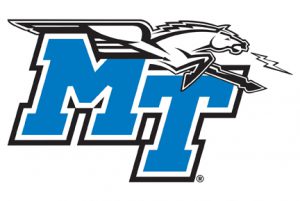 “This has been exciting,” Ketron said. “It was fun to sit in the front row. At halftime, they had some mini games (musical chairs). As for her interest in drawing, “art is one of my favorite subjects.”

Ketron said it “was weird being here (at the game). We’re usually studying math, science, social studies and ELA (English/Language Arts).” She said she tried to limit her yelling and cheering “to save my voice because I am part of an instrumental team (club activity) today after school.”

Teacher Tina Duggin said many Lascassas students “were asking lots of questions  — what is that building?” and more — once they reached campus. “Some of the kids never get this type of opportunity unless it is a trip like this.” She added her school brought 110 fifth-graders to the game. 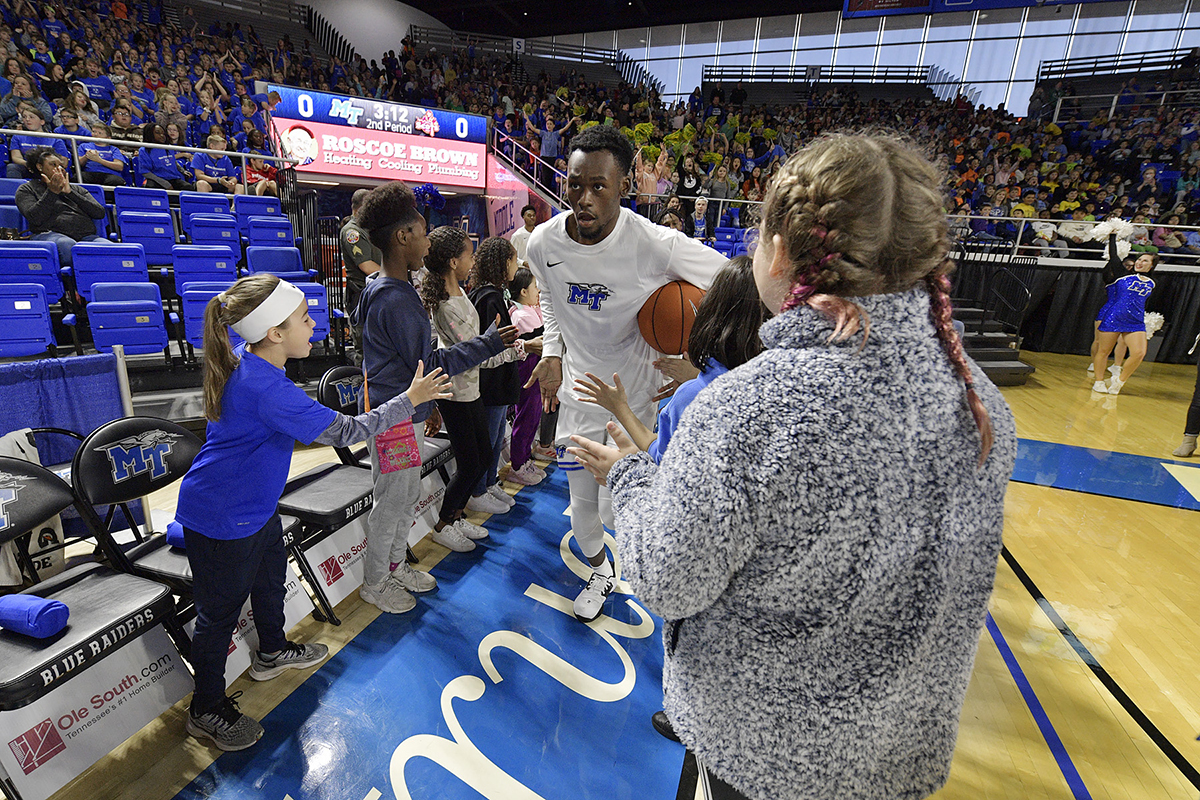 “It was exciting to see and hear thousands of Rutherford County Schools’ students cheering on the Blue Raiders,” MTSU President Sidney A. McPhee said. “For many of them, it was their first time to be on a university campus and to watch a college basketball in a facility the size of Murphy Center. We always enjoy their visit and look forward to them returning.”

Bill Spurlock, Rutherford County Schools’ director, said “we are very thankful to MTSU for providing this opportunity to our students. This has become a tradition that everyone looks forward to each year.”

From the start, the young fans made things loud for the Blue Raiders. They sang, danced to songs like Kool and The Gang’s “Celebration” and screamed. Others made it to the court to welcome the Blue Raiders at the start of the first and second halves.

Garien Herron, 10, a La Vergne Lake Elementary student, won the musical chairs event, walking away with a T-shirt, cup and miniature basketball for his efforts. 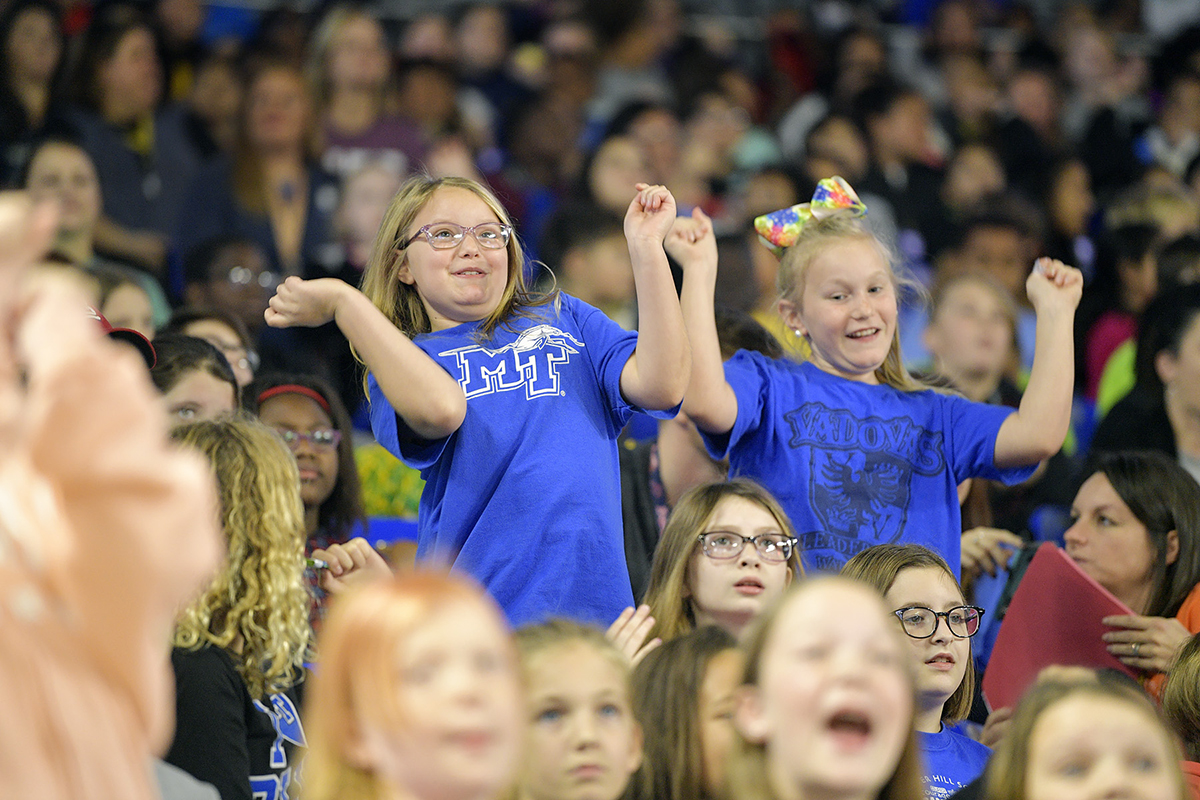