The Comfort Women of Japan 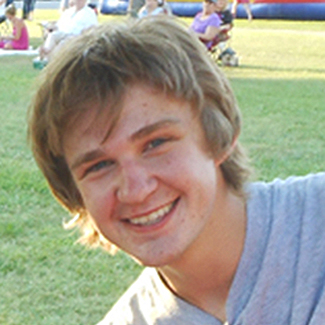 With a last name like “Tallent,” perhaps it was inevitable that MTSU student Lukas Tallent would create his own entertainment event.

The second annual Etowah Music Festival, created and promoted by Tallent, is scheduled for 2 to 9 p.m. this Saturday, June 22, on the lawn of the historic L&N Railroad Depot in Etowah, Tenn., about 159 miles southeast of Murfreesboro in McMinn County.

The event is free to the public.

Every act in the lineup either lives in McMinn County or has close ties to the area.

Tallent says there’s a little bit of everything in store at Saturday’s concert, including gospel, bluegrass, country, rock and pop.

“There’s superb talent in this city, some that radio or TV will never hear,” Tallent said. “The idea was to give these performers their due.”

The idea germinated last summer when Tallent was taking time off from his studies as an MTSU English major.

“I rented the depot grounds, hunted down sponsors and vendors and called in every favor I could,” Tallent said.

This year, he had more preparation time, but his schedule also includes two MTSU classes. Somehow, he managed to pull it all together.

“Before any artist enters the lineup, I have to hear material, either a recording or a live audition,” said Tallent. “I try to understand what he or she is trying to say with these songs.

“You have to put personal tastes aside and appreciate the music — and, consequently, the artist — for what it is.”

Scheduling the festival immediately after Bonnaroo, the mammoth outdoor music festival near Manchester, Tenn., doesn’t faze Tallent at all. He said the Etowah Music Festival is family-friendly and caters to young and old.

The festival also will offer all kinds of refreshments for sale, including hamburgers, hot dogs, barbeque, ice cream, snow cones, Italian ice and sandwiches. One vendor will provide free water to help attendees beat the heat.

Instead of going into concert promotion, Tallent said he plans to continue his studies in graduate school. He said he stages the festival for the enjoyment and the challenge.

“I believe it was Ralph Waldo Emerson who said ‘every generation must write their own books for the next,’” Tallent said. “He was being metaphorical, of course. The Etowah Music Festival is my gift — or book — for this town. I owe this place and these people at least that much.

“And I want people to know how great this town is! This place is my home.”

MTSU student and event organizer Lukas Tallent, standing in the gray T-shirt under the sound tent, looks over the 2012 Etowah Music Festival on the lawn of the historic L&N Railroad Depot.