Young writers can create their..

MTSU honors 4 of its finest st.. 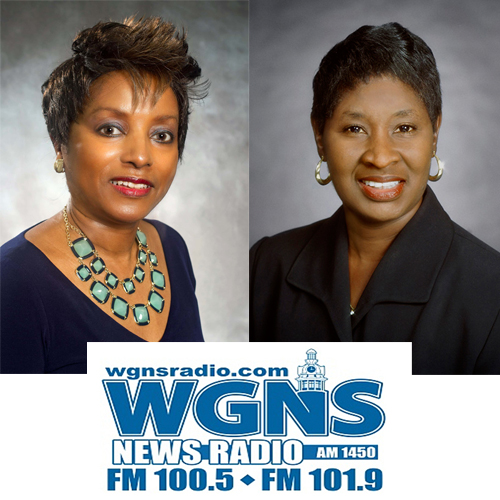 Dr. Cornelia Wills, director in the Office of Student Success at MTSU, is using her mother’s words to help MTSU students in need.

Wills is directing a portion of proceeds from the sale of her book, “Mama Said: A Word to the Wise is Sufficient,” to the university’s emergency microgrant fund established last year.

Wills will be joined by Dr. Gloria Bonner, special assistant to President Sidney A. McPhee in the Office of University Community Relations, to discuss this effort on WGNS Radio Sunday, May 3, during the 6 a.m. program, “For His Glory,” then again at 6 p.m. during the “The Beat Goes On” program. Located in downtown Murfreesboro, WGNS can be found on the radio at FM 100.5, 101.9 and AM 1450.

Wills will also be holding a book signing Sunday, May 10, at First Baptist Church on Castle Street to further support her efforts to give back to students.

Wills launched the effort earlier this year during a book signing at MTSU’s annual Unity Luncheon and has already contributed toward the microgrant fund. Published last year, her 114-page book holds a collection of 101 of her mother’s favorite proverbial sayings, parables, quotes and “expressions for successful everyday living.”

“I’m so pleased with the response to the book thus far,” Wills said.

Under MTSU’s microgrant program, grants up to $250 are available to qualified undergraduate, graduate and international students. The grant does not have to be repaid, however, a student may receive it only once during their tenure at MTSU. To be eligible, students must be in academic good standing with a minimum 2.0 GPA at the time of the request.

Information about the microgrant and other emergency aid available to students can be found at http://mtsu.edu/studentsuccess/crisis-aid.php.

Dr. Cornelia Wills, director in the Office of Student Success, stands next to a promotional image of her new book, “Mama Said: A Word to the Wise Is Sufficient.” (File photo by MTSU News and Media Relations)