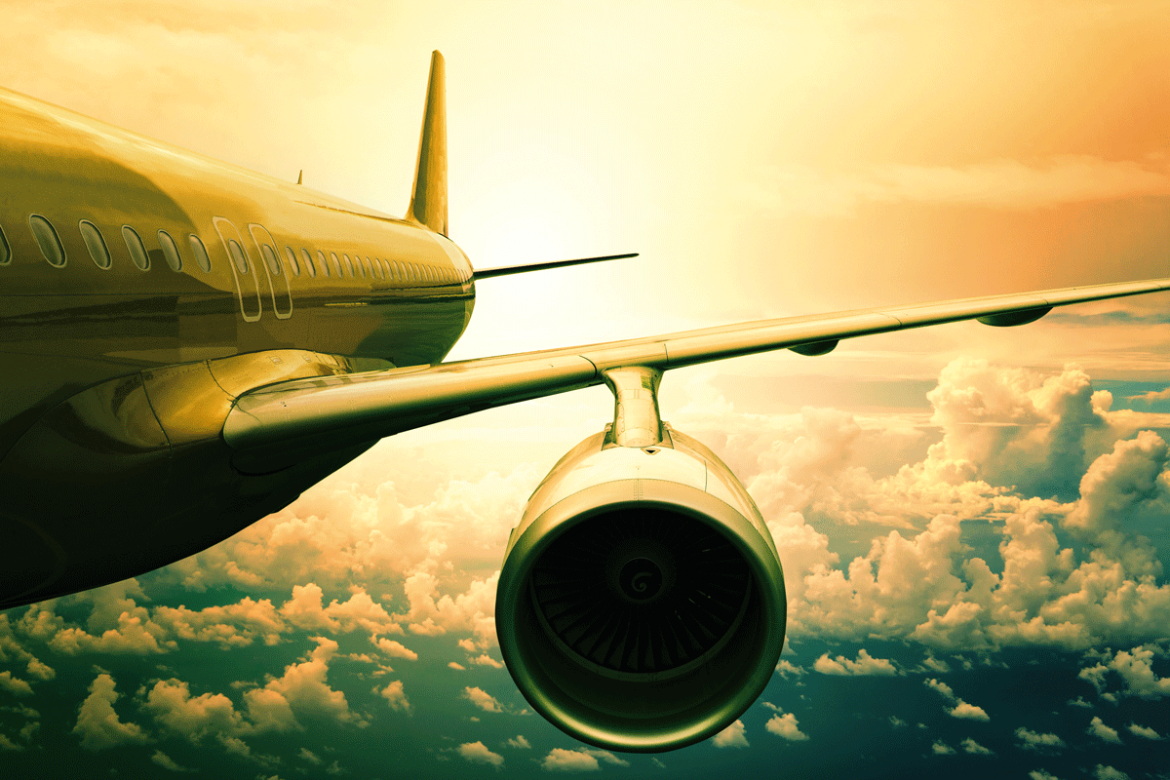 by Drew Ruble and Randy Weiler

Anyone who’s traveled by air (and isn’t that pretty much everyone?) has experienced the anxiousness or all-out fear associated with hitting turbulence.

Patrick Smith, pilot and author of Cockpit Confidential, has described turbulence as a “spiller of coffee, jostler of luggage, filler of barf bags, (and) rattler of nerves.” And though only in the rarest of situations is turbulence truly dangerous, Smith agrees it is “far and away the No. 1 concern of anxious passengers” and the reason most pilots change altitude in search of smoother conditions.

“The pilots aren’t worried about the wings falling off,” Smith concludes. “They’re trying to keep their customers relaxed and everybody’s coffee where it belongs.”

According to publicly traded Gogo Business Aviation, turbulence incidents cost airlines around $100 million annually due to crew and passenger injuries, unscheduled maintenance, and operational inefficiencies, as well as revenue lost while planes are out of service. Other studies have revealed that aircraft encounters with turbulence are the main cause of non-fatal injuries in the commercial airline industry. (A summer 2016 Jet Blue flight that experienced strong turbulence even sent more than 20 passengers and two crew members to the hospital and attracted national headlines.)

As a result of a recent corporate gift, MTSU’s Aerospace students now have access to an industry-utilized aviation operations management solution, WSI Fusion, in their simulation lab. Weather plays a critical role in aviation, and this state-of-the-art software will better prepare and equip MTSU students for their future careers in aviation. WSI stores information from all Southwest Airlines flights, meaning MTSU professors can use information from these flights—such as weather patterns, altitude, and detours—to implement different training scenarios that wouldn’t be possible without the technology.

WSI Fusion is the industry’s most advanced, proactive flight monitoring application that fuses public and proprietary weather information with real-time flight and airspace data into one common view and then facilitates timely communication directly with aircrafts. It is designed to integrate with existing systems so dispatch, operations, and management can stay aware—and ahead of—changing conditions, as well as mitigate the impact of disruptive events. All of this allows users to leverage big data and feel more confident about operational decision-making. (And, yes, though less significant than other functions, spot turbulence ahead and notify pilots how to avoid it.) The software is utilized at a large number of airports nationwide.

The gift makes MTSU the first educational institution with the capability to use this product, allowing students to graduate with a distinct competitive advantage not offered at other aviation schools, officials said.

“Before we received this, we had to use whatever weather would occur on that day. Now with this captured weather, we can run them through thunderstorms, severe wind, and other different scenarios,” said associate professor Andrea Georgiou, who helped the department secure the product. “The industry is beginning to find out about this and they love it. Now when employers see MTSU NASA FOCUS Lab on resumes, our students are getting more jobs and internships, and their careers are advancing quicker.”

“Exposure to this product during their capstone experience will be a significant advantage to all Aerospace students as they begin their professional careers,” added Wendy Beckman, department chair. “Our Flight Dispatch students, in particular, will benefit from familiarity with the software package as they apply for jobs. . . . We are very appreciative of Southwest Airlines and The Weather Company for allowing our students this opportunity.”

Gift That Keeps on Giving

The College of Basic and Applied Sciences’ Aerospace Department secured the donation of WSI Fusion from The Weather Company, an IBM Business, through an ongoing partnership with Southwest Airlines. Southwest Airlines is also a sponsor of MTSU’s NASA Flight Operations Center–Unified Simulation Lab (FOCUS), which trains students in real-life scenarios and provides a unique opportunity for seniors to learn how to work in teams to safely and efficiently run a virtual airline. The NASA FOCUS Lab stemmed from a 2010 grant obtained by professor Paul Craig.

MTSU alumni with ties to Southwest attending an on-campus event honoring the gift included Capt. Ken Hamilton (’92, ’93), Larry Schadle (’92, ’93), and Whitney Dix (’99), all of whom helped secure the software contribution and have roles with the MTSU-Southwest relationship. Dix became the first MTSU student to graduate with a degree in the Flight Dispatch concentration.

Back in 2015, Georgiou attended a five-week dispatch training session offered by Southwest. Establishing a rapport with Southwest officials, Georgiou invited them to visit MTSU’s facilities.

“They came and saw the FOCUS lab and were really impressed with it,” she said. “They saw a platform (with weather) and wanted to improve the lab.”

As part of the lab, students from all six Aerospace concentrations must work together to solve issues as they arise during their shift. To ensure the highest level of realism, Aerospace and Psychology faculty and graduate and undergraduate students monitor the simulations, implement real-world problems and disruptions, and conduct debriefings.

Georgiou and student Evan Lester, who graduated in May 2016 but returned as a graduate student, visited Southwest Airlines this past summer for software training. Lester oversees the NASA FOCUS Lab. The Weather Company and Southwest officials are slated to return to campus to view the product in use.

Icing on the Cake

The new software is just one of the latest new developments in the Aerospace Department that continues to solidify MTSU’s international reputation as one of the finest places in the world to study flight.

A first-of-its-kind, state-of-the-art, $3.4 million, 360-degree, seamless air traffic control tower flight simulator unveiled in recent years placed MTSU in the pilot’s seat in the development of next-generation controllers. The simulator—of a size and scope unlike anything else in place at recognizable flight schools like Embry-Riddle—is a crown jewel of MTSU’s now six-decade-old Aerospace program. Even the Federal Aviation Administration’s top simulator boasts only a 270-degree screen that is not seamless.

The department’s cutting-edge Unmanned Aircraft Systems program offers even more proof of MTSU’s commitment to one of its signature and reputational programs. From search-and-rescue operations to public utilities monitoring to archeological mapping, there’s a burgeoning job market on the horizon, and MTSU is already preparing students to fill those positions through the newly launched bachelor’s degree in UAS Operations, currently one of only five such programs in the nation.

Together with this latest gift of weather software, the program boasts the kind of foresight that people have come to expect from MT Aerospace, a department that always has its eye on the horizon.

MTSU aerospace students train on new weather software recently inside the Business and Aerospace Building. The WSI Fusion software, an aviation operations management solution, was donated by Southwest Airlines and The Weather Company in the spring. (MTSU photo by Steven Michael Johnson)