MTSU ‘a dream come true’ for student from Brazil n... 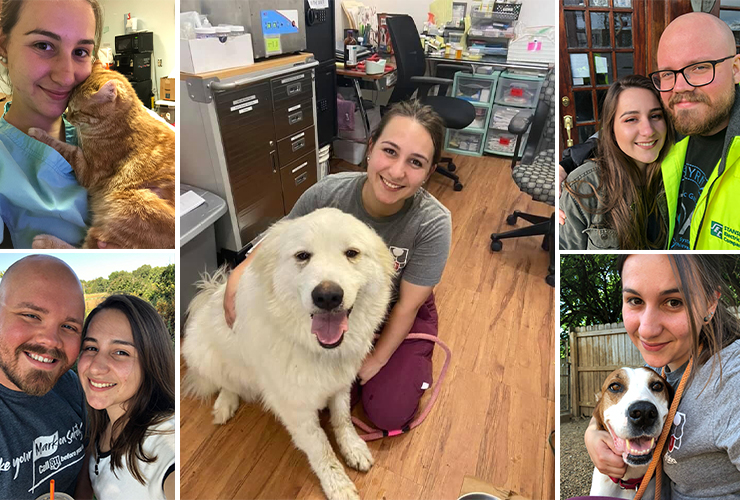 Mariana de Aruajo Bryan was without a doubt the only person in her senior class in high school to put MTSU’s logo under her name as her dream school. It was such a far-fetched idea that even though she had her doubts, she figured “why not?”

The idea was so unlikely because Bryan was in Curitiba, Brazil, when she proclaimed she wanted to be a Blue Raider.

The year before that, in 2012, Bryan was an exchange student at Siegel High School in Murfreesboro. She had always wanted to be in an exchange program and had no idea where she would end up. 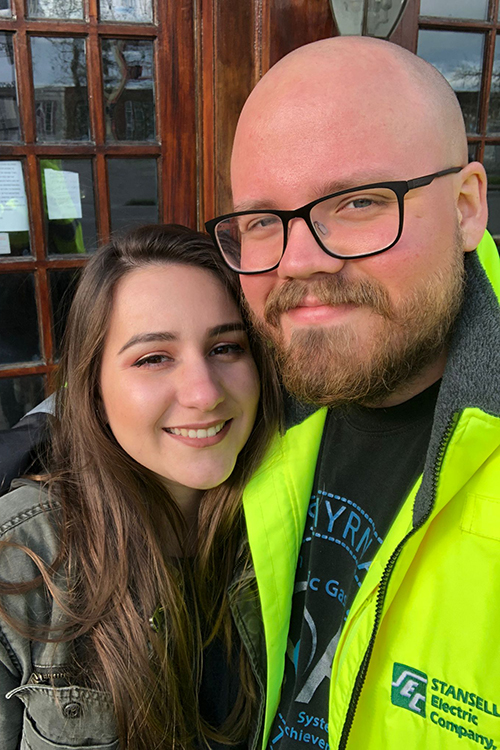 MTSU senior biology major Mariana de Aruajo Bryan, a native of Brazil and current Murfreesboro, Tenn., resident, is shown with her husband, Jacob, in this undated photo. Bryan works at Big Fluffy Dog Rescue in Murfreesboro, the type of work she hopes to continue after graduation in spring 2022. (Submitted photo)

“I had heard of Nashville, but even then it was only because of Miley Cyrus and Hannah Montana,” Bryan, now 25, said. “When I started my trip to Murfreesboro neither me nor my family really knew what to expect.”

When she got here, she fell in love with not only the area but also a boy in her math class. They toured MTSU together with their classmates, and Bryan and her family loved the look and feel of the campus.

“I just remember thinking it was perfect and would be great for me,” she said, “but I knew the likelihood of it ever happening was slim.”

She and that boy, her now-husband, Jacob, dated long-distance for six years. She would come visit around Christmastime for a few months each year and Jacob would visit during the summer.

While they were dating, Bryan started veterinary school in Brazil. About a year into that, she was engaged and planning on moving back to the United States.

After about a year and half of waiting to get her visa, she was back in Tennessee in 2018 and married to her longtime boyfriend.

It was not a decision she took lightly. Bryan said she made a pros and cons list about staying in Brazil and finishing four more years of veterinary school versus moving to the States and virtually starting over with college.

Ultimately, though, she said the decision was easy because she wanted to be in Murfreesboro with Jacob, get married and start their life together.

Bryan enrolled at MTSU in 2019 as a biology major, still with the long-term plan to go to veterinary school. Some of her credits from Brazil transferred, but because their higher education system is set up so differently from U.S. universities, many of her biology classes would not transfer.

“Many of my classes were animal-focused,” she said. “You know, my genetics class was actually animal genetics, and I had a lot of situations like that.”

While at MTSU, she started working at Sonic, something she’d always dreamed of doing when she was an exchange student.

“I knew I wanted to go into the vet field, but I really wanted to work at a fast-food restaurant. It seemed so American to me!” she said. “We don’t even have that concept where I’m from, so I really loved it.”

Bryan is set to graduate in the spring with the Class of 2022. She credits several different MTSU faculty and staff members with her success, including Dr. Meredith “MA” Higgs, a University Studies professor.

“I had her when I was a freshman, and now I am a senior and we still email every single week,” Bryan said. “Sometimes we will even just talk on Zoom about how my classes are going. She cares deeply about her students and really wants them to succeed. I am very lucky to have met her. ”

Higgs called Bryan one of the bravest people she’s ever met.

“She left her current academic studies, her family and her culture to travel halfway around the world to come to MTSU and a totally different academic system,” she said.

“Mariana is not merely successful; she is excelling academically and personally. She is a leader in the classroom, is engaged in cutting-edge research, and is highly supportive of others.”

The research Higgs mentioned is in association with Dr. Liz Barnes, an assistant professor in the Department of Biology. Barnes said Bryan has been helping her recently with research on student perception of the COVID-19 vaccine to better understand how to properly educate college students about the benefits of the vaccination.

Bryan said Barnes is a great mentor and someone to whom she looks for advice frequently.

“She is always helping me grow a lot with the things I want to do later in life,” she said. “I really like her, and she is always open to anything I may ask her.”

Barnes said Bryan has been “extremely dedicated” to their work.

“Mariana has been an absolute pleasure to work with,” she said. “Her hard work, warmth and genuine curiosity are just a few of her qualities that I have appreciated most. She is a great role model for other MTSU students for how to succeed as an undergraduate.” 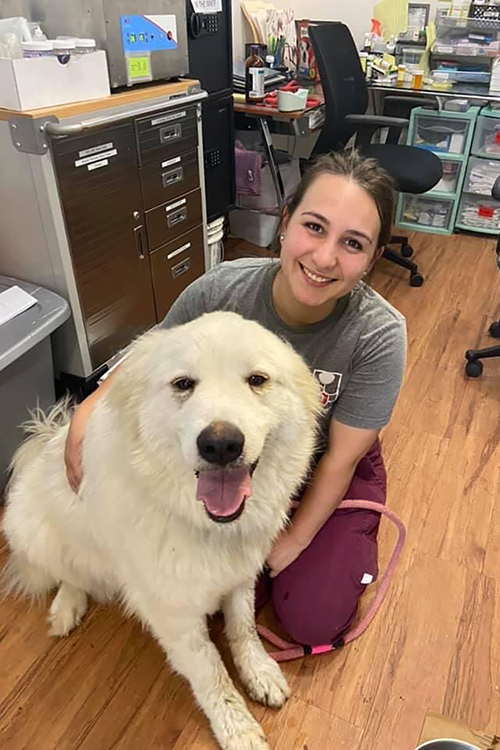 Bryan is currently working at Big Fluffy Dog Rescue in Murfreesboro, the type of work she said she hopes to continue after she graduates. She said that while veterinary school was her initial goal, her plans have changed.

“I want to work full time for a rescue after graduation,” she said. “I feel like where my husband and I are now, it fits with our goals a little better.”

Bryan said she loves working with the rescue animals because they come in looking very rough, and when they leave to go to new homes, she finds it fulfilling to see them look almost like a different dog altogether.

She said it’s almost overwhelming to think about her journey when she recalls coming to Murfreesboro for the first time nine years ago.

“Sometimes when I think back to my senior year and saying what our dream schools were, I just get goosebumps,” she said of her MTSU choice. “I just put it there thinking it was awesome. I had no idea that dream would ever come true.”