In the News: MTSU experts opin..

Single mother Katrece Holland, who has four children ages 7 to 16, said she “found I love public health” after spending a semester working for the Tennessee Department of Health in her native Chattanooga, Tennessee. 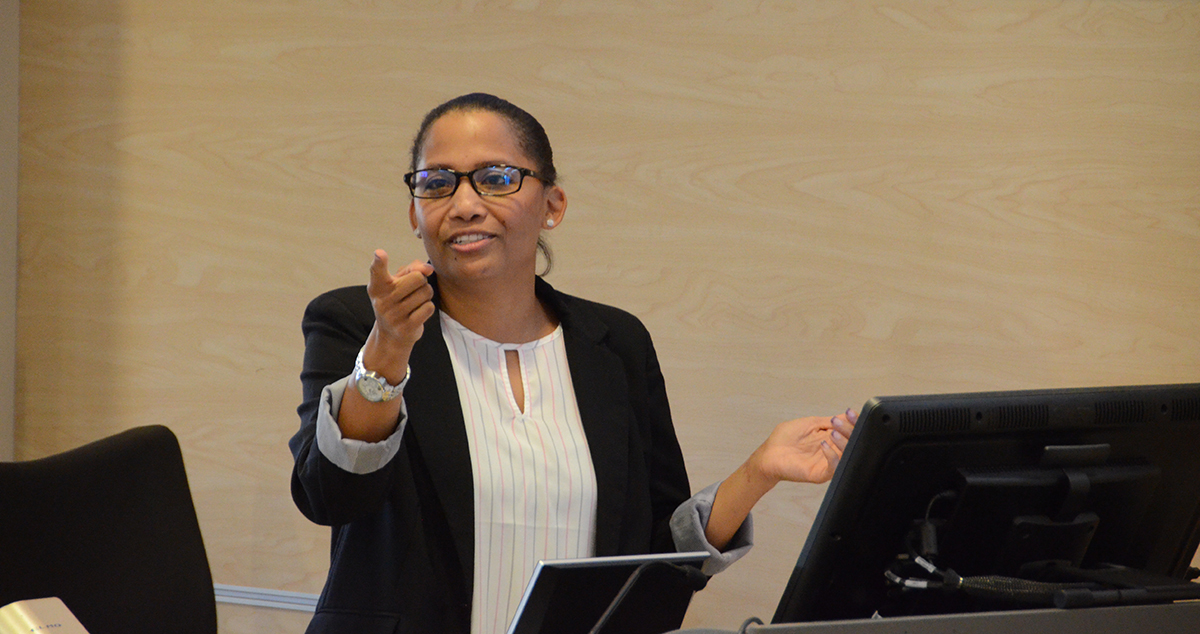 MTSU Master of Science in Professional Science student Katrece Holland wraps up her presentation in the Science Building about her internship with the Tennessee Department of Health in Chattanooga, Tenn., by making points about things she learned in the process. (MTSU photo by Randy Weiler)

MTSU, the College of Basic and Applied Sciences and the Jennings A. Jones College of Business created the MSPS program in 2004 to provide Middle Tennessee with a highly educated and well-trained STEM (science, technology, engineering and mathematics) workforce.

The program received the Tennessee Board of Regents Academic Excellence Award in 2010 and is recognized as a model program by the Council of Graduate Studies and the national Professional Science Master’s Association program.

Holland was one of six students sharing their conclusions to their internships this summer and fall. The others included:

All of them graduated Saturday (Dec. 15) during MTSU commencement ceremonies. Some will land jobs with the companies they interned with this semester.

“I’m so glad I found my niche,” said Holland, a health care informatics major and mother to daughter Anara, 16; son Denim, 14; and 7-year-old twin sons Casen and Sky. “I was learning and growing, and I may end up at the CDC (Centers for Disease Control and Prevention), which would be my dream job.” 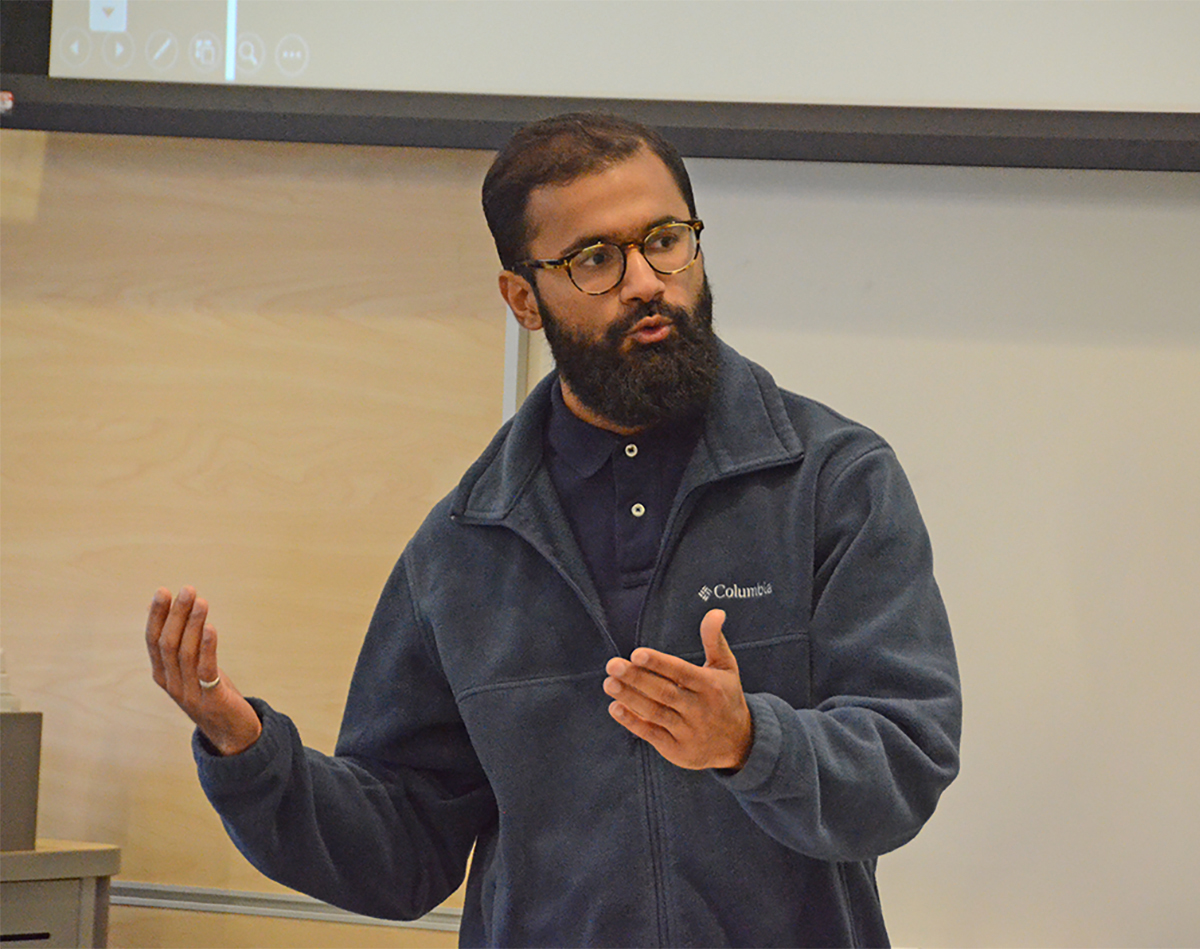 Holland also said she would enjoy working for the American Cancer Society or St. Jude’s — somewhere “where I can make an impact and where money’s not involved. … I love public health.”

In her time with the state health department, she said her work involved “finding trends that lead to policy.”

Umar said three things he learned in the process were collaboration, organization and patience. He conducted inventory management, dealing with many “items sitting around 10 to 15 years” and helping organize the company’s warehouse.

As a full-time MTSU employee in Campus Planning and taking one class per semester, Maples-Vaught spent longer than the others in the program. “It has been good — hard at times — so I am glad I finished,” she said about producing a story map for Facilities Services.

Andy Flatt, senior vice president and chief information officer with NHC in Murfreesboro, said MTSU MSPS “is a very good program. It’s the right combination of business and science — MTSU is unique about that.”

No stranger to higher education, Flatt is a Lipscomb University graduate and has been chair of Lipscomb’s College of Computing and Technology Board and on Lipscomb’s College of Business Board. He is on the MSPS advisory board and said NHC will utilize two more MTSU students in spring 2019.

Laurie Fo, director of operations with National Parts-Flail Master, told the group that Umar brought “discipline, patience and was very professional. This was a very positive experience — the type of students you are putting out is outstanding.”

Vince Smith, MSPS business core coordinator, followed up with Fo’s comments by adding, “We can’t do this without you (employers).” 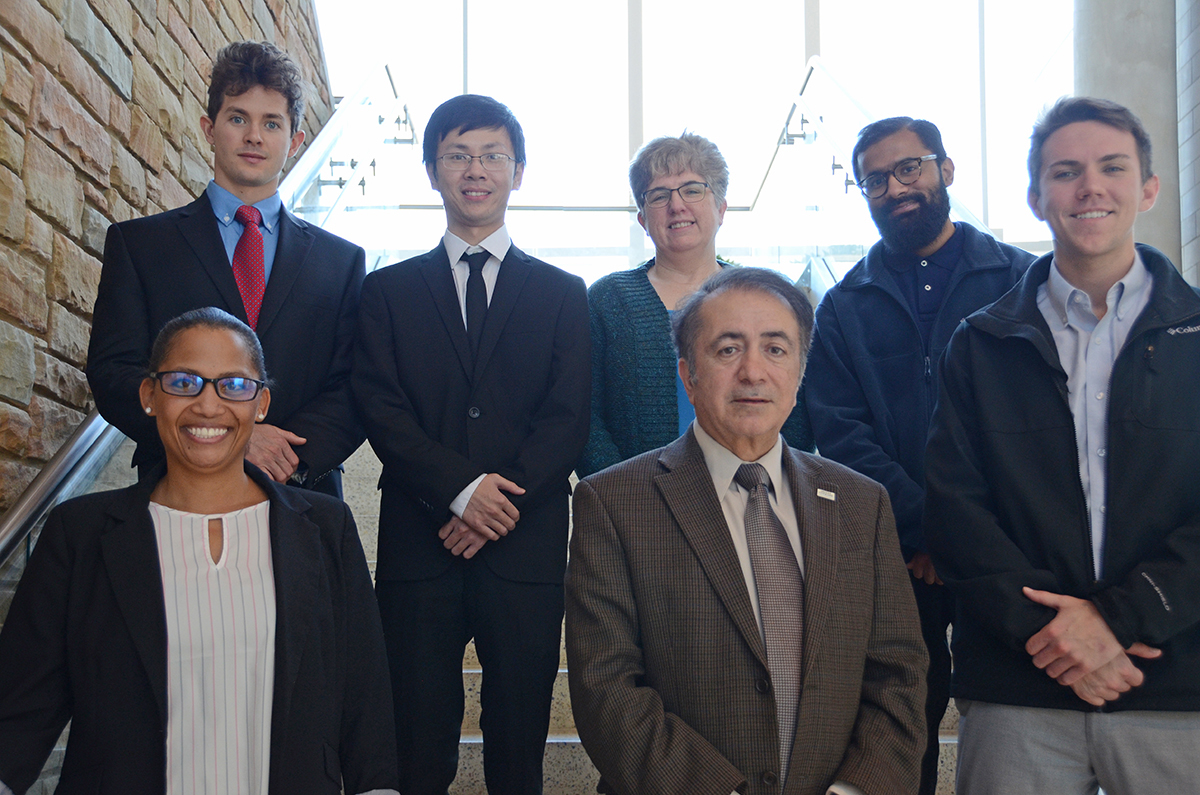