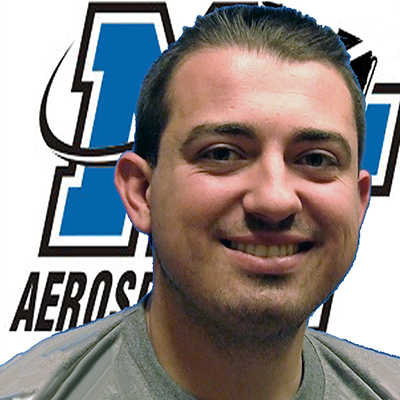 An MTSU student’s attempt to replicate a pivotal moment in aviation history was the subject of a recent “MTSU On the Record” radio program.

Host Gina Logue’s interview with aerospace major Collin McDonald first aired April 18 on WMOT-FM (89.5 and www.wmot.org ). You can listen to their conversation below.

The Carthage, Tennessee, native intends to fulfill his senior thesis by recreating the 1911 cross-country flight of Calbraith Rodgers, who took flight lessons from aviation pioneers Orville and Wilbur Wright.

With funding from a company eager to use the stunt to promote a new soft drink, Rodgers set out more than 100 years ago to become the first aviator to fly from coast to coast in 30 days or less.

“Honestly, it was the most critical flight since the invention of the aircraft itself,” said McDonald. “Prior to this time, everyone saw the airplane as a hobby, an adrenaline rush, and it was something fun to do. Rodgers set out to prove that the aircraft could be used for mass transportation eventually.”

McDonald plans to take off from Murfreesboro Municipal Airport May 19 and stop off at the Aircraft Owners and Pilots Association Regional Fly-In on May 21 before attempting to recreate Rodgers’ flight from Long Island, New York, to Long Beach, California.