Tips on Staying Healthy During..

MTSU Took Me to Grammy Week an..

“That James Meredith was a bad dude, wasn’t he?”

That was the immediate reaction of James Meredith himself to an introductory video encapsulating the events of his life, shown Thursday, Feb. 14, at MTSU’s 23rd annual Unity Luncheon in the Student Union Ballroom. 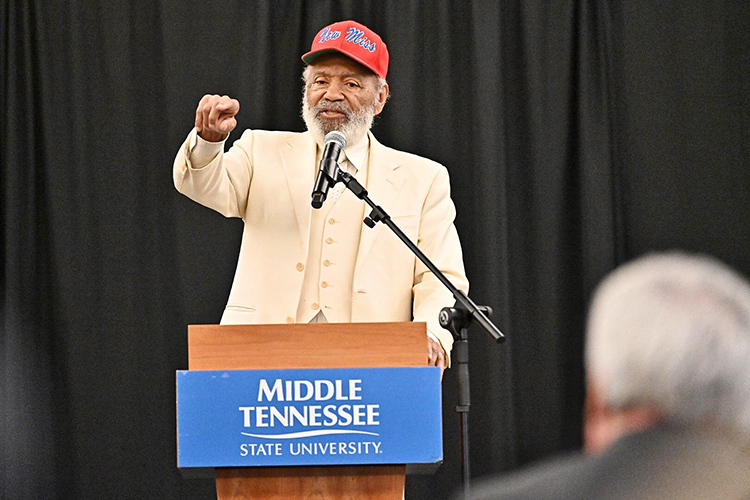 James Meredith, the first person to break the color barrier at the University of Mississippi in 1962, makes a point during his keynote address at the 23rd annual Unity Luncheon held Feb. 14 in the Student Union Ballroom. (MTSU photo by J. Intintoli)

The annual tribute to local “unsung heroes” of color honored five people who have made notable contributions in the areas of community service, excellence in sports, black arts, education and advocating civility.

Meredith, who became the first African-American student at the previously all-white University of Mississippi in 1962, delivered the keynote address.

As he discussed the history of his ancestors, which includes white and Native American people, the 85-year-old Meredith likened the drive for civil rights to a wedding compact that requires commitment to both man’s and God’s laws. 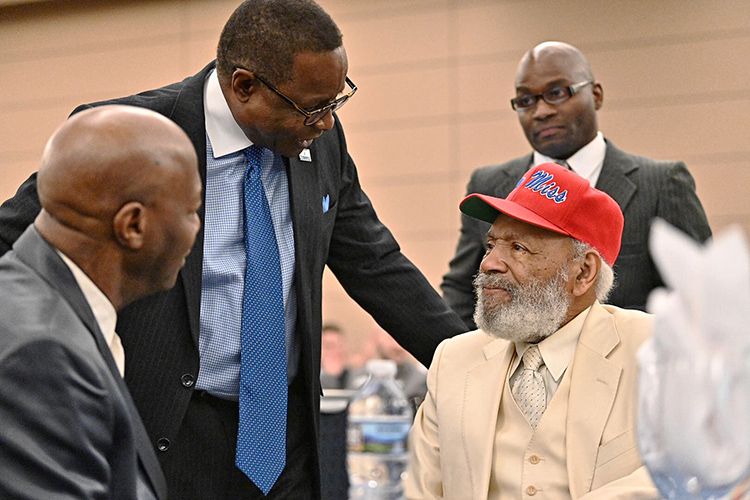 “The legal paper provides the legal right and responsibility of the two parties, but it is a true marriage only when the legal terms of the contract are carried out in love leading to and maintaining the marital relationship,” Meredith said.

Again referring to the Biblical teaching that “the meek shall inherit the earth,” Meredith cited poverty and the failure of people to alleviate it as a pathway to unfair treatment in society.

“The injustices of the poor and the number of poor increases over time to desperate levels,” Meredith said. “This results from the economic condition produced by the commercial and landed aristocracy. Greater inequities increase because the new elite is able to exploit the poor. … Wealth becomes concentrated in fewer and fewer hands.”

This year’s Unity Luncheon honorees are:

• Martha Bigsby, a retiree from Nissan’s Smyrna assembly plant, recognized for her community service. She was honored for her volunteerism with Journey Home and the City of Murfreesboro’s National Night Out, her lengthy service as a member of the NAACP Executive Board and an NAACP Silver Life Member, and her membership and service with Providence Missionary Baptist Church.

• Carolyn Sneed Lester, founder of the first Juneteenth Celebration for Murfreesboro and Rutherford County, honored for her contributions to black arts. She has participated in more than 20 plays at the St. Clair Street Senior Center and the Murfreesboro Little Theatre and  also is a charter member of the National Museum of African-American History.

• Dr. Frank Michello, a professor of finance at MTSU and director of the Master of Science in Finance program in the Jennings A. Jones College of Business, honored for his service to education. Michello’s research interests include emerging markets, financial accounting, market microstructure and risk management. He is a naturalized U.S. citizen who was born in Zambia.

Jimmy Hart, director of MTSU’s Office of News and Media Relations, received a special award as an unsung hero of the university. 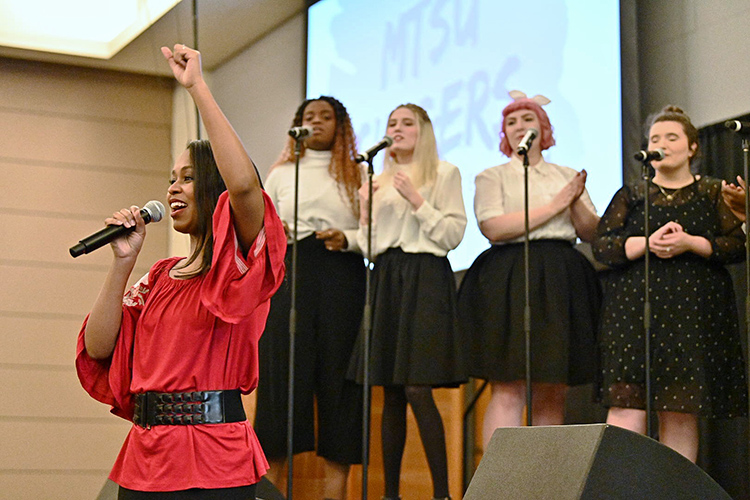 Ashley Kimbrough, adjunct professor of jazz voice in the School of Music, and members of the MTSU Singers, the university’s vocal jazz ensemble, perform at the 23rd MTSU Unity Luncheon Feb. 14. The ensemble is directed by music professor Cedric Dent, who is not pictured. (MTSU photo by J. Intintoli)

“You don’t see these individuals on the front page of the newspaper or on the networks, but they make the community what it is,” McPhee said.

Thursday’s luncheon also included the performance of two selections by the MTSU Singers, an audition-only vocal jazz ensemble directed by Dr. Cedric Dent, a School of Music professor who also is a member emeritus of the eight-time Grammy Award-winning vocal group Take 6. 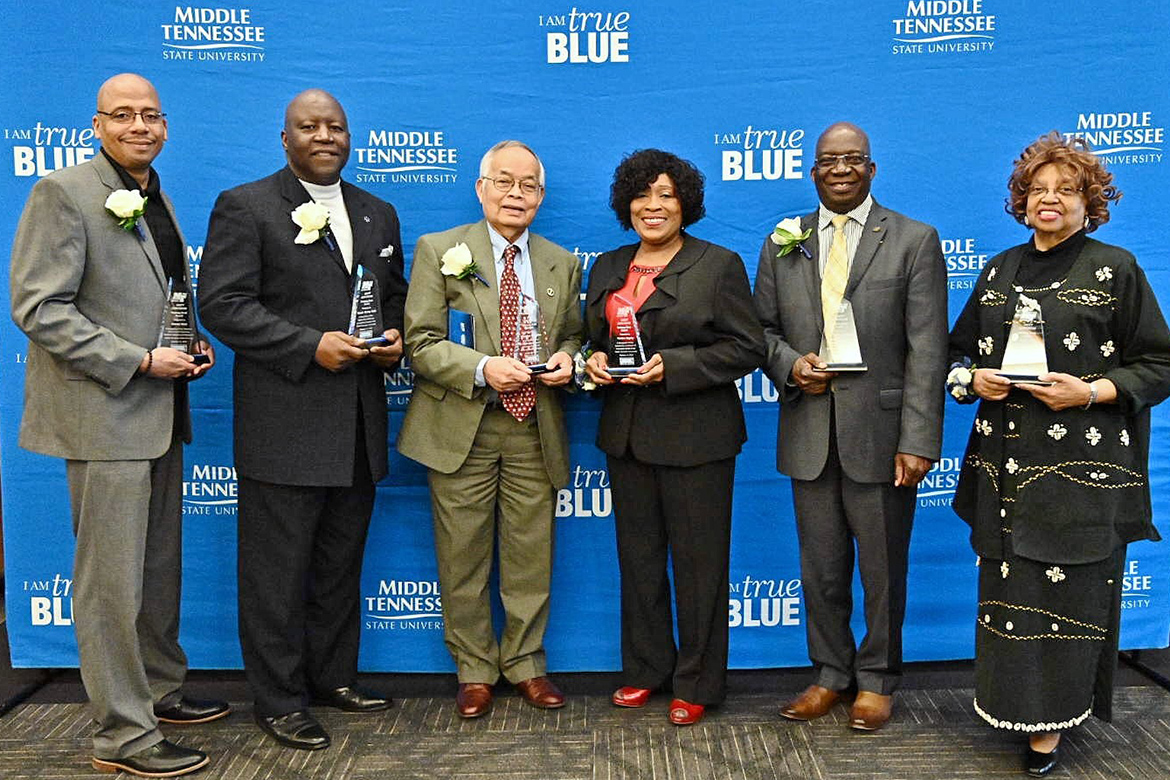