MTSU Arts brings ‘Joys of the .. 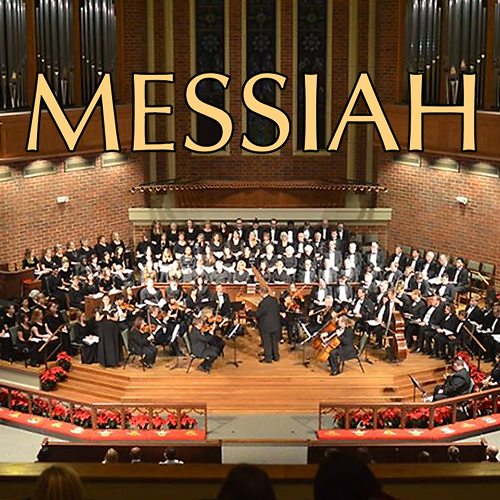 The voices of the MTSU Schola Cantorum and the Middle Tennessee Choral Society will blend with an orchestra to celebrate the upcoming holiday season at the 32nd annual performance of George Frideric Handel’s “Messiah,” set Monday, Nov. 28.

Click on the poster for a link to purchase “Messiah” tickets for Nov. 28.

Tickets are $15 for adults, $12.50 for seniors and $10 for children 12 and under and are available online at https://mtchoralsociety.org and at the door. MTSU faculty, staff and students will be admitted free with valid IDs.

The MTSU “Messiah” production once again will feature a professional orchestra and MTSU student, faculty and guest soloists performing the Christmas portion of the 1741 oratorio, which includes some of its most popular recitatives, arias and choruses drawn from the King James Bible and the Anglican Book of Common Prayer.

The choruses to be performed include “And the glory of the Lord,” “And He shall purify,” “For unto us a child is born,” “Glory to God” and the familiar “Hallelujah” chorus.

You can hear a preview of the groups’ work below in a video of the Schola Cantorum performance of the “Ave Maria (Angelus Domini)” arranged by Franz Biebl.

The MTSU Schola Cantorum and the Middle Tennessee Choral Society, conducted by Dr. Raphael Bundage and accompanied by an orchestra, perform Handel’s “Messiah” in the sanctuary of the First United Methodist Church in Murfreesboro in this November 2015 photo. The 2016 performance, which is the community’s 32nd annual concert, is set Monday, Nov. 28, at FUMC. (Photo courtesy of the Middle Tennessee Choral Society)