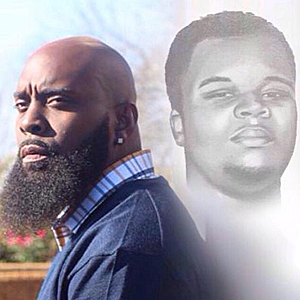 The father of a young man whose death sparked a national conversation about police treatment of African-American men will speak at MTSU.

Michael Brown Sr. will deliver an address, “Chosen for Change,” at 7 p.m. Thursday, Nov. 17, in the Student Union Ballroom. The event is free and open to the public.

“Chosen for Change” is a nonprofit organization whose mission is “saving lives one day at a time through empowering youth, strengthening families and giving back,” according to its Facebook page at  www.facebook.com/MichaelBrownFoundationCFC.

The foundation, which is based in Florrisant, Missouri, grew out of the April 9, 2014, shooting death of 18-year-old Michael Brown Jr., by a white police officer in Ferguson, Missouri. The incident inspired protests that lasted for more than a week.

A hearing on a wrongful death lawsuit filed by the Brown family against the officer, Ferguson Police Chief Tom Jackson and the City of Ferguson is scheduled for May 2017.

For off-campus visitors attending the event, a printable campus parking map is available at http://tinyurl.com/MTSUParkingMap.

For more information, contact the Office of Intercultural and Diversity Affairs at 615-898-5812 or ida@mtsu.edu.