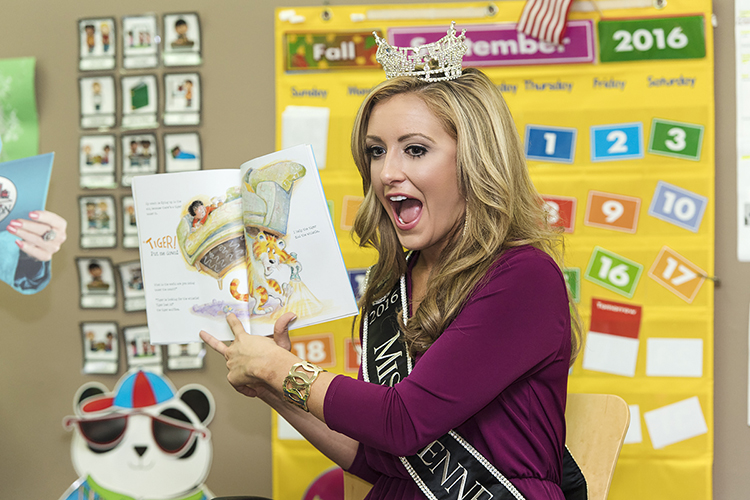 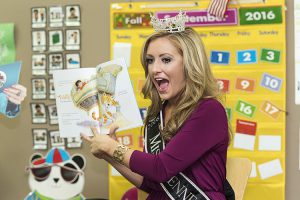 Miss Tennessee 2016 Grace Burgess points out an especially fun part of “Read to Tiger” while reading to an attentive group of 3- and 4-year-olds in the “Red Room” at MTSU’s Ann Campbell Early Learning Center Thursday, Sept. 22, during a special visit as part of Tennessee’s Imagination Library Week. Burgess, a senior at the University of Memphis and a longtime child literacy advocate, visited several Murfreesboro schools and childcare facilities to share stories from the Governor’s Books from Birth Foundation and the Dolly Parton Imagination Library. Parton, who established the “Books from Birth” program for newborn to preschool readers across Tennessee in 1995, has since expanded the free monthly book mailings across the country and into Canada and portions of the United Kingdom. MTSU’s ACE Learning Center provides learning environments for children with and without developmental delays from age 15 months to kindergarten, allowing them to play together and learn from each other. (MTSU photo by Andy Heidt)