‘MTSU On the Record’ guest exa.. 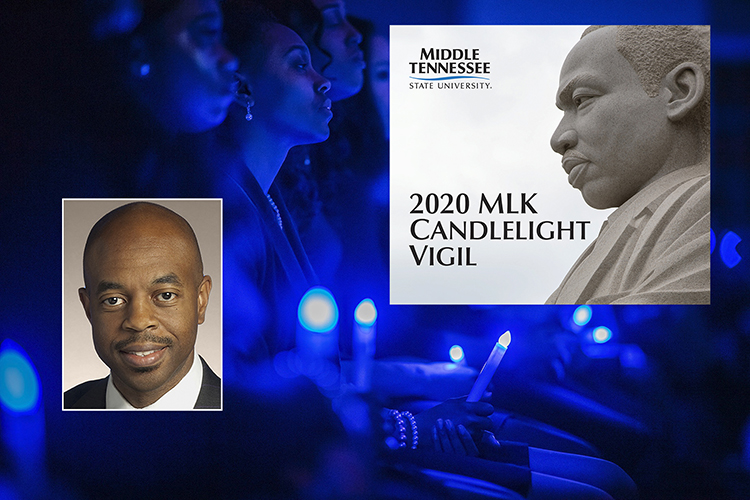 Middle Tennessee State University will be closed Monday, Jan. 20, to observe the 25th anniversary of Martin Luther King Jr. Day, and a special evening ceremony and traditional candlelight vigil will be held in honor of the slain civil rights leader.

The community event, which is free and open to the public, will begin at 6 p.m. Monday in the second-floor ballroom of the Student Union, 1768 MTSU Blvd. A campus map is available at http://bit.ly/MTSUParkingMap.

The MTSU ceremony will include a gospel choir performance, a tribute to King and his wife, Coretta Scott King, and an appreciation of MLK’s legacy through historically black colleges and universities by MTSU’s chapter of the Alpha Kappa Alpha Sorority.

After the ceremony, the candlelight vigil will commence with a musical performance, a children’s tribute to MLK and a recitation of MTSU’s True Blue Pledge. 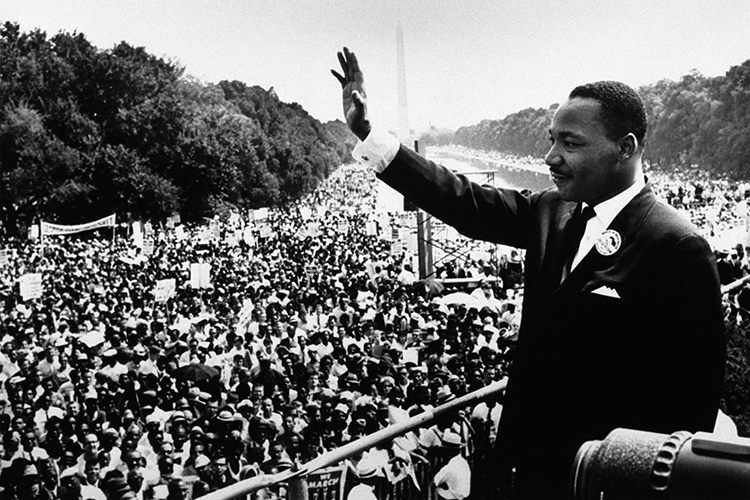 The Rev. Martin Luther King Jr. acknowledges the crowd from the steps of the Lincoln Memorial, where he delivered his famous “I Have a Dream” speech during the Aug. 28, 1963, march on Washington, D.C. MTSU students and others will celebrate King’s work during a Jan. 21 ceremony and candlelight vigil at 6 p.m. in the Student Union Ballroom. (Photo courtesy of the U.S. Department of Defense Archives)

The Rev. Martin Luther King Jr., who was inspired by his Christian faith and by civil disobedience tactics employed by Indian leader Mohandas K. Gandhi, led marches and demonstrations that promoted the dissolution of legally enforced racial segregation in public accommodations. His work and that of his followers prompted Congress to pass the 1964 Civil Rights Act and the 1965 Voting Rights Act.

On April 4, 1968, after speaking to sanitation workers who were striking for better wages and working conditions in Memphis, Tennessee, King was assassinated as he stood on the balcony of the city’s Lorraine Motel.

President Ronald Reagan signed the law on Nov. 21, 1983, creating Martin Luther King Jr. Day as a national celebration of King’s birthday. The first observance was on Jan. 20, 1986, and the holiday is observed on the third Monday in January.

For more information, contact Daniel Green, director of the Office of Intercultural and Diversity Affairs and chair of MTSU Black History Month Committee, at 615-898-5812 or daniel.green@mtsu.edu.

During the holiday weekend:

• The Student Union will be open various hours. Visit www.mtsu.edu/mtunions or call 615-898-5121 for more information.

• MT Dining/Aramark food locations and operating hours can be found on the MTSU app or at https://mtsu.campusdish.com.