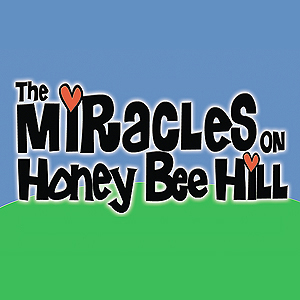 An independent short film written and directed by an MTSU professor has won the Special Jury Award for Social Change at the Social Media Film Festival in Las Vegas.

“The Miracles on Honey Bee Hill” captured the honor at the annual movie event, which took place Sept. 8-9.

Dr. Bob Pondillo, a professor of electronic media communication, made the film with a mostly juvenile cast. “Miracles” tells the story of Millie, a girl who is beloved by everyone in her church until she introduces the congregation to her soulmate, a girl named Ed.

Pondillo’s earlier independent films have garnered awards at film festivals around the world. “My Name is Wallace” and “Wait …” were screened at the Cannes Film Festival in France.

As in all of Pondillo’s previous independent short films, MTSU faculty, students and alumni played critical roles in making “Miracles.” Recording-industry professor Dr. Bob Wood composed the score, and his colleague Cosette Collier engineered the film’s song, “My Special Someone.”

While MTSU does not offer a film major or minor, members of the MTSU Film Guild, a student organization, are motivated by Pondillo’s work to learn about making motion pictures.

The 23-minute film, which was more than two years in the making, has been entered in more than 125 festivals around the world, garnering several honors along the way.

Pondillo’s script won the “Best Achievement—Short Screenplay” award at the 2010 SoCal Film Festival in Huntington Beach, Calif., before shooting began. The movie will be screened at the 2012 SoCal festival, which is slated for Sept. 27-30.

“Miracles” captured the award for best GLBTQ Film at the Best Shorts Competition July 16 in La Jolla, Calif., and the trophy for “Best Short Film, 2012” at the Real to Reel International Film Festival July 21 in Kings Mountain, N.C.

The movie was named “Best Romantic Comedy-Short Film” at the International Indie Gathering Film/Music Festival Aug. 17-19 in Cleveland and Hudson, Ohio. It was named a semifinalist in the Action/Cut Short Film Competition Aug. 25-Sept. 1 in Los Angeles and the Chicago Comedy Film Festival, which is scheduled for Nov. 2-4 in Chicago.

In addition, “Miracles” is in contention for “Best Short Film of 2012” honors from the VMS Short Film Channel (www.vmsplay.com/shortfilmchannel) and will be distributed by IndieFlix, an online/Internet service (www.indieflix.com).

“Miracles” will be screened as an official selection at:

For more information, visit http://miraclesonhoneybeehill.com or contact Pondillo at 615-904-8465, or bob.pondillo@mtsu.edu.