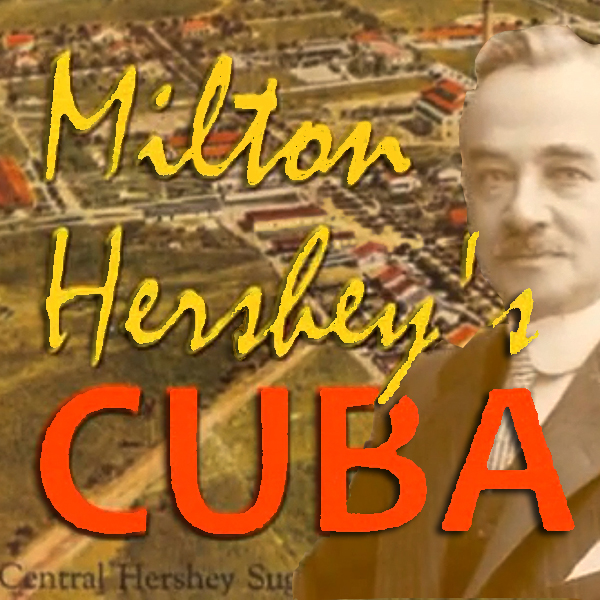 The sweet deal Milton Hershey promised the people of Cuba is the subject of a new documentary by an MTSU professor.

The title card for MTSU professor Ric Morris’ new documentary, “Milton Hershey’s Cuba,” features a photo of the candy magnate and an aerial view of the “Central Hershey Sugar Mill” he opened in Cuba in 1918. (Photos courtesy of Dr. Ric Morris)

“Milton Hershey’s Cuba” will be screened at 6 p.m. Tuesday, Nov. 12, in Room 208 of the MTSU Student Union. This event is free and open to the public.

The documentary, which is Morris’ second film, chronicles the commercial and social enterprises of American chocolatier Milton Hershey in Cuba during the early 20th century.

Hershey’s endeavors include construction of the island’s largest sugar refinery and 251 miles of electric railway lines. He also created a company town for 2,000 employees who were offered unprecedented perks and privileges.

Morris, who teaches Spanish at MTSU and helped reboot the university’s successful Cuba study-abroad program in 2011, also created the documentary “Cuba in the Raw: A Story of Sugar.” “Cuba in the Raw” was screened on campus last fall at a similar public event.

The MTSU College of Graduate Studies, the Office of International Affairs and the College of Liberal Arts funded “Milton Hershey’s Cuba.”

You can watch a brief preview of “Milton Hershey’s Cuba” below.

A searchable campus map with parking notes also is available at http://tinyurl.com/MTSUParkingMap13-14.