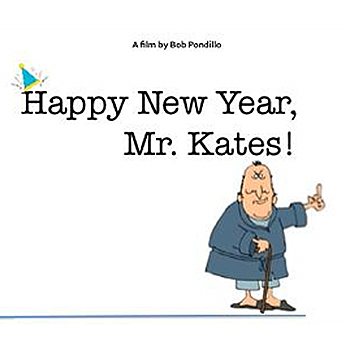 An MTSU-based writer/director is in preproduction now for his latest short film.

A casting call for “Happy New Year, Mr. Kates!”  was held Dec. 12 at The Center for the Arts, 110 W. College St. in Murfreesboro. Callbacks will be scheduled after the holidays.

Pondillo, who teaches an MTSU class in writing for the screen, uses MTSU students, faculty and alumni as members of the technical crew in each of his motion pictures. Through their work, students receive valuable experience in cinematography, lighting, audio mixing and other crafts of the cinematic art.

“Happy New Year, Mr. Kates!” is the bittersweet story of an elderly nursing-home resident who feels he has lived an inconsequential life. When he runs away from the nursing home, he encounters a strange character who gives him a unique chance at redemption.

When the final casting decisions are made after the new year begins, Pondillo said he intends to have a cast of 50—14 males, 16 females, 20 parts for either males or females, a ventriloquist and dummy, and one dog. Of the major roles, seven will be primary speaking parts and four will be secondary speaking parts.

The ages of the adult characters in the film range from 20 to 90. There also are parts for two to four elementary school youngsters between the ages of 9 and 11.