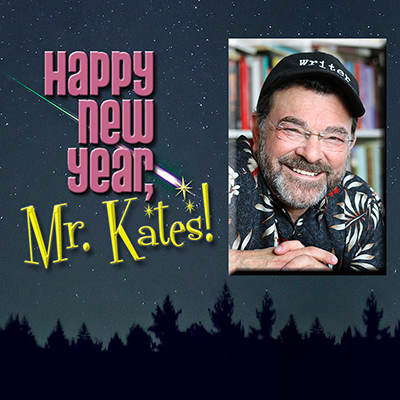 Celebrate the new year all over again with the official Murfreesboro premiere of a short film created by MTSU students, faculty and alumni.

“Happy New Year, Mr. Kates!” will be shown at 7 p.m. Saturday, Jan. 31, at the Murfreesboro Center for the Arts, located at 110 W. College St. just a block north of the city’s Public Square.

The 33-minute tale features a nursing home resident who feels that his life has been a failure until fate intervenes on New Year’s Eve.

The Center for the Arts will receive 15 percent of all money raised. The bulk of the evenings’ revenues will go to film festival entry fees.

“Our plan is to place ‘Mr. Kates’ in as many festivals as possible,” said Pondillo, noting that some festival fees run as high as $100 per event.

The boxed set includes “My Name is Wallace” and “Wait …,” which were screened at the Cannes Film Festival in France, as well as “Would You Cry If I Died?,” “The New, True Charlie Wu” and “The Miracles on Honey Bee Hill.”

“I think I’ve grown as a screenwriter and director since our earliest efforts,” said Pondillo. “And, by screening our boxed set, viewers will be able to see the growth and change.”

“Mr. Kates,” which was more than two years in the making, won the “Best Short Screenplay” award at the 2012 American International Film Festival in Chicago. The movie also took the Audience Choice Award for Best Film at the ARTLightenment Festival in Nashville last November.

Pondillo’s earlier independent films, which also included students and alumni in the crew, have garnered awards at film festivals around the world.

More than 30 electronic media communication majors, several recording industry graduate students and a few recent alumni participated, as well as makeup artists from the Department of Speech and Theatre.

Following the Jan. 31 screening, members of the audience will have an opportunity to chat with the actors who starred in the film. Complementary wine and hors d’oeuvres will be served.

To order tickets or obtain more information, contact Blake Tumbleson at 615-948-0008 or blake@TumblesonAV.com. Tickets may be ordered in advance at http://mrkates.brownpapertickets.com, and the movie’s Facebook page is www.facebook.com/HappyNewYearMrKates.

David Cummings, left, as Pater Chronos, and Pat Reilly as Mr. Kates stare at the heavens in a scene from “Happy New Year, Mr. Kates!,” a short film made by MTSU students, alumni and faculty. (photo submitted)