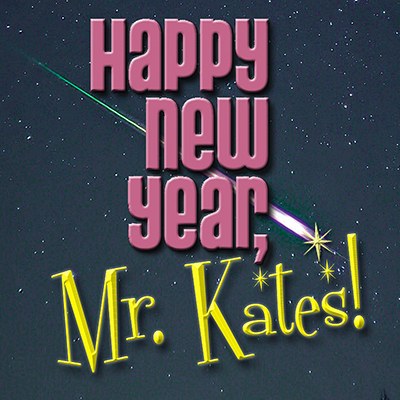 An old man in a nursing home looks back on his life with regrets, but he gets more than he bargained for as a new year begins in a poignant new movie produced by MTSU faculty, students and alumni.

Dr. Bob Pondillo, a professor emeritus of mass media history and American culture, began work on the script two years ago. He also directed the film, which won the “Best Short Screenplay” award at the 2012 American International Film Festival in Chicago.

Pondillo’s earlier independent films, which also included students and alumni in the crew, have garnered awards at film festivals around the world.

Two of them, “My Name is Wallace” and “Wait …” were screened at the Cannes Film Festival in France.

More than 30 electronic media communication majors on the production degree track joined several graduate students from the recording industry master’s degree program and a few recent alumni to work on the project, as well as makeup artists from the Department of Speech and Theatre.

The 33-minute film tells the tale of a senior citizen who feels that he accomplished very little in his life because he was afraid to take chances. One leap of faith he takes, however, becomes the most important of all.

“It’s a way to talk about the human condition in a way that people will embrace for different reasons,” Pondillo said.

Ryan Rhenborg, a May 2013 MTSU graduate who edited the film, said working with Pondillo was “very organic.”

Rhenborg, who now works as an engineer and video editor for WHTN-TV in Nashville, called it “a great learning experience.”

David Cummings, left, as Pater Chronos. and Pat Reilly as Mr. Kates stare at the heavens in a scene from “Happy New Year, Mr. Kates!,” a short film made by MTSU students, alumni and faculty. The film will be previewed Nov. 5 in MTSU’s Bragg Mass Communication Building. (photo submitted)

Roni Bradley, a December 2013 MTSU graduate and a producer of “Mr. Kates,” hailed the spirit of collaboration on the movie set.

“Everyone matters and teamwork is what gets the job done, especially on a low-budget student film,” said Bradley, who works for a photo production studio in New York and is involved in the independent film community there.

Bradley cited Pondillo as a major influence on her creative career.

“I’ve taken all his classes since I was a freshman,” Bradley said. “He inspired me to produce and to write for myself.”

“Dr. Wood did a masterful job on the music,” Pondillo said. “It soars and brings the story and acting to greater emotional levels.”

The two preview showings of “Happy New Year, Mr. Kates!” are free and open to the public. For more information, contact the Department of Electronic Media Communication at 615-898-5628.