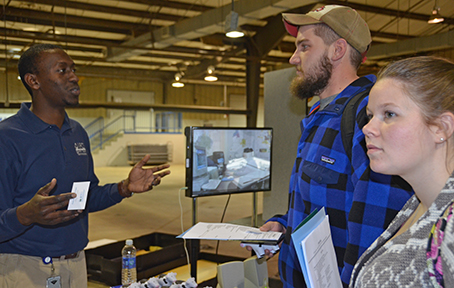 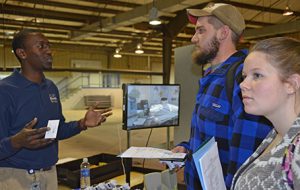 MTSU seniors Janie Bell, right, and Matthew Bergin listen to Natural Resources Conservation Service representatives including Leon Tillman talk about their company during the School of Agribusiness and Agriscience Career Fair March 18 in the Tennessee Livestock Center. NRCS was among 10 vendors recruiting from more than 100 students. Bell, an animal science major from Nashville, will graduate in May. Bergin, a senior animal science major from Omaha, Nebraska, is scheduled to graduate in December. (MTSU photo by News and Media Relations)