In the News: Experts discuss ‘..

Expand your world with MTSU st.. 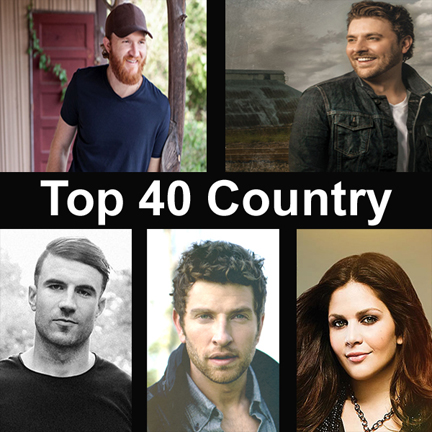 By ranking order, Hunt’s “Leave the Night On”, Lady Antebellum’s “Freestyle”, Eldredge’s “Mean to Me”, Young’s “Lonely Eyes” and Paslay’s “She Don’t Love You” all made the chart for the week ending Nov. 16. All attended MTSU before launching their music careers.

“This is an exciting time for our students and faculty as we see the success of our former students in so many areas,” said Beverly Keel, chair of the MTSU Department of Recording Industry.

“To see five former students on the country radio chart is gratifying and thrilling. I can remember seeing Hillary Scott at the campus grill, and now she is a superstar and inspiring a generation of college students with her singing, songwriting and grace.”

Billboard also recently named the program as one of its Top 5 international schools to study music.

Such an in-depth program has produced alumni who’ve found success not only in front of the mic but also throughout the many facets of the music industry.

“Of course, we also continually celebrate the success of other alumni who are more behind-the-scenes, such as Michael Knox, who produces Jason Aldean, and hit songwriter Luke Laird, who also produces Kacey Musgraves,” Keel said.

“We are so grateful to our many alumni, such as Eric Paslay and Michael Knox, who are giving of their time to help MTSU students.”

Knox gave a guest lecture to students about his industry experiences earlier this month, while Paslay will perform next month in Nashville as part of the MTSU Songwriting Series to benefit the recording industry program.

“As the accolades continue to roll in for our program, we strive to do our best to prepare the next generation of music industry leaders and creators,” Keel said.

Click on the image below to see where the songs by the MTSU alumni ranked on the Mediabase chart.

Click to see a full-sized version of the chart.